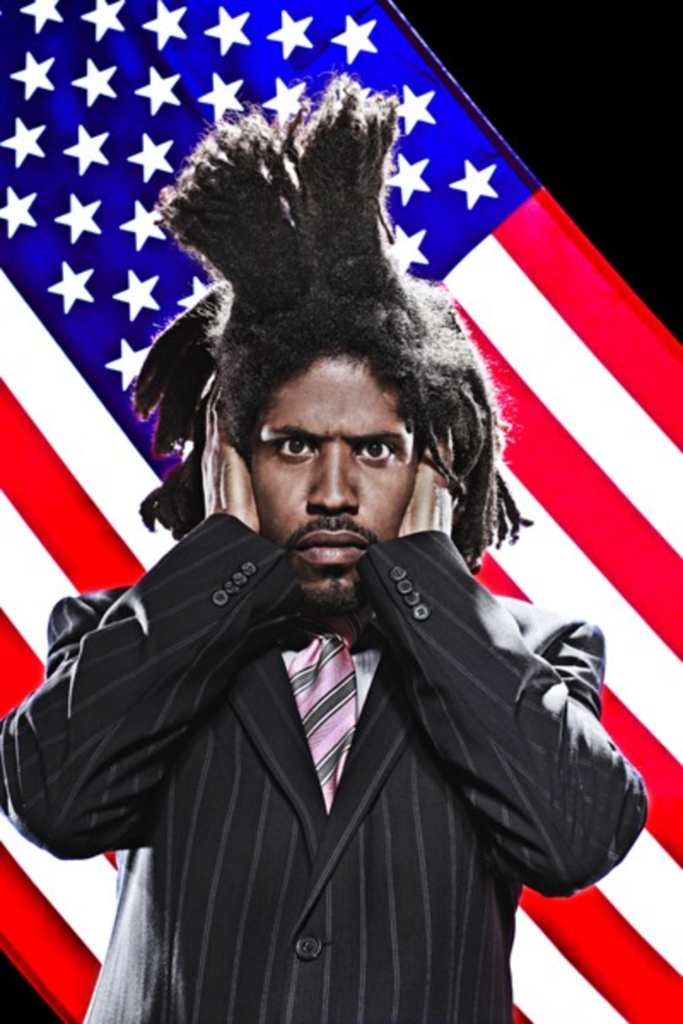 An eloquent and gifted young black man running for president in 2008 recently stepped up to the mic and said:

It’s not socialism, it’s not communism/It’s loving each other, realize there’s no difference/It’s positive movement, gradual improvement/When no one else does, believe you can do it.

If you think these words came from President-elect Barack Obama, you’re wrong but not far off.

These are lyrics from the song “Can It Be (Half a Million Dollars and 18 Months Later),” by Nick Carter, aka Murs. Released on September 30, the Los Angeles rapper’s major-label debut, Murs for President, signaled the arrival of a prolific underground hip-hop artist and tour promoter into mainstream American rap.

Though Carter didn’t actually run for president, the promotional push behind his new release has resembled the campaign of a progressive politician.

As Obama was handing John McCain his walker and slippers in the presidential election, Carter was running on an “anti-drug and anti-thug” platform — he says, “Rappers are real songwriters and real human beings that can speak in complete sentences, wear their pants on their waists and know how to read.”

Carter took part in the Democratic National Convention this past summer, performing live at the official Obama afterparty (“The most nervous I’ve ever been in my life”) and urging people to vote. With the Obama victory fresh at hand, he thinks it’s time for hip-hop to shape up.

“Whether we like it or not, there is now a spotlight on black America, and hip-hop is how a lot of people around the world view us,” he says.

“We can’t be dropping the b-word and the h-word and selling drugs to the American people. We have a real opportunity to make hip-hop the power for change that it should be and not the dark cloud that it has sometimes been.”

Carter, no newcomer, has a formidable hip-hop pedigree. He got his start performing with West Coast underground acts TMG and Living Legends in the ’90s, then teamed up with lo-fi rap pioneer El-P to record a solo album on Def Jux. He released two albums with Atmosphere’s Slug under the moniker Felt, and lately he’s been the Perry Farrell of underground hip-hop, running the Paid Dues festival and touring with heavyweights like Rakim, Dilated Peoples, Kool Keith, De la Soul and GZA.

Carter hit his solo stride when hooking up with producer 9th Wonder for the 2004 effort Murs 3:16, the 9th Edition. That album put the focus on what Carter wasn’t — too hard for love or stupid enough to pick up a gun. 3:16 paved the way for Murray’s Revenge, which married meaty West Coast convertible beats and a searing lyrical intelligence. On that album, tracks like “L.A.” exposed a big-time talent who was clearly bucking for a promotion.

Sure enough, he signed with Warner Bros. in 2006, and the label’s promotional efforts for this album have brought his angular dreadlocks and secondhand Farnsworth Bentley look to magazines, banner ads and posters in a full-court media press.

The focus of the album leans heavily on social ills — crime, drug problems, the economy, genocide — as well as on love and sex, with a decidedly pro-woman bent. While collaborations with megastars such as Snoop Dogg and Will.i.am lend a polished sheen to the whole affair, even made-for-radio hits like “Lookin’ Fly” have the occasional Harriet Tubman name check.

Carter hopes the major-label push will expose younger people to his positive message — people, he says, “who are too young to be out at the club, who aren’t out drinking and smokin’ weed, who are like a sponge just absorbing things.

“I like to hear from them, when they tell me how the music has been a positive influence on them. That’s what it’s all about.”

Obama may have clinched the White House, but should Carter want to run for office someday, he’s got the groundwork already laid.