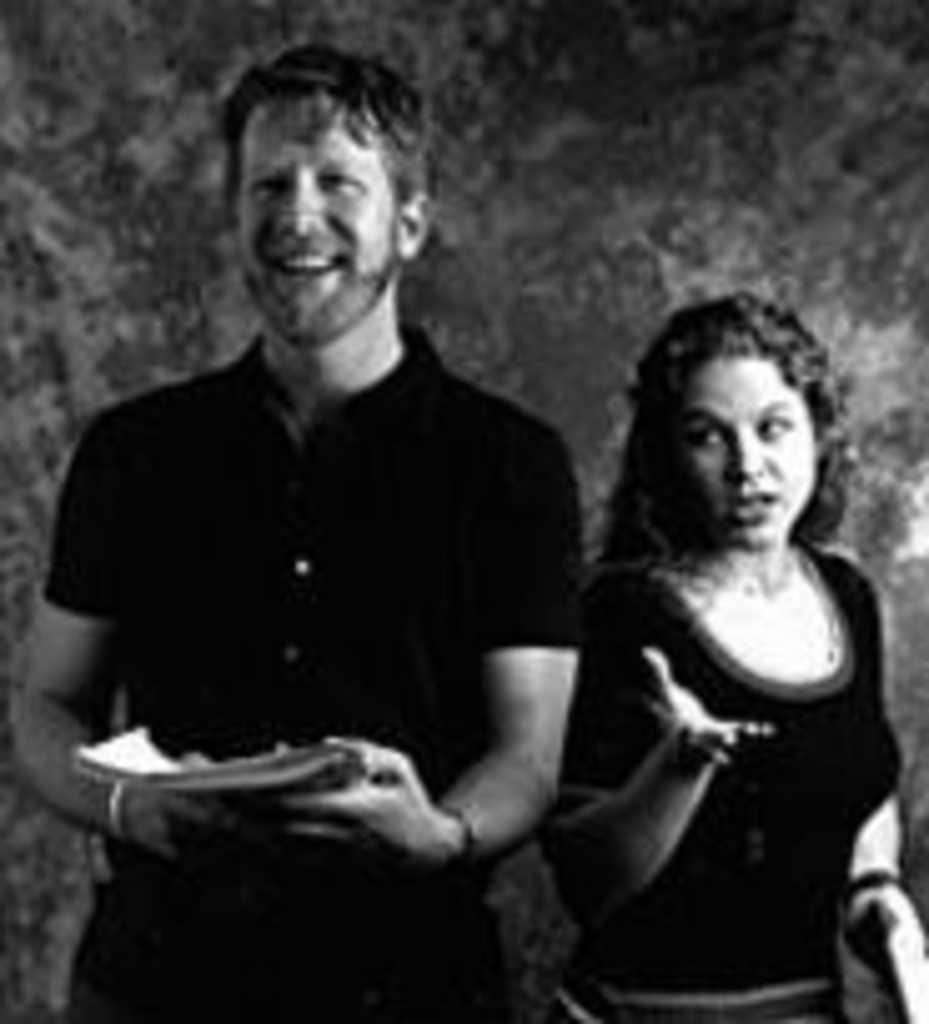 When Aaron Kreifels found the dying Matthew Shepard, his eyes deceived him. When he came upon the scene of the crime, it appeared that a scarecrow had been removed from a field and, a little worse for wear, left propped up against a fence. Only when Kreifels looked more closely did he realize it wasn’t a dummy. “When I saw hair, I knew it was a human being.”

This image is never depicted in The Laramie Project, the Unicorn Theatre’s tremendous season opener. But with a script this brilliantly constructed and a cast this adept at shifting into various roles, it doesn’t have to be. Aided by set designer Atif Rome’s realistic tableau of a fence section and some Wyoming wildflowers, it haunts the play like an aggressive ghost.

“I didn’t even know where I was going,” says Kreifels, played by Cinnamon Schultz, remembering that Wednesday afternoon he took a bike ride along a route he had never ridden before. “It just makes me think that God wanted me to find him.”

For many people, Matthew Shepard’s 1998 death is a “Kennedy moment” — they remember where they were when they heard that the gay University of Wyoming student had died of his injuries. About a month later, playwright Moisés Kaufman and members of New York’s Tectonic Theater Project entered Laramie and its media-saturated world of grief and finger-pointing. After 200 interviews and intense cut-and-paste sessions, Kaufman and his proteges had a play that would remind people never to forget.

Eight actors play 54 characters over the course of the three-act show. They’re astutely directed by Jeff Church, who has a gift for knowing exactly how many actors should be on stage at any given time, and well-lit by Jeffrey Cady, who gives each character the wattage he or she deserves. The actors merely alter eyebrows or switch hats or jackets to become distinct players in this docudrama that is more tragic than comic, but profoundly human.

Schultz, for example, also plays a lesbian rancher, a Tectonic company member and three friends of Shepard’s — including Romaine Patterson, who blocked Fred Phelps’ demonstration at Shepard’s funeral by surrounding him with Shepard supporters dressed as angels “with big-ass wings.” Every time Schultz becomes a new character, a narrator introduces him or her but, once the play starts rolling, no such introduction is necessary — Schultz does the work for us.

And she’s not alone. Her fellow actors, assigned at least one and often two or three characters, bring their own experience and physiology to the various personae they recreate. Among the more devastating: Terry O’Reagan’s Dennis Shepard — Matthew’s father — who shockingly exempts killer Aaron McKinney from the death penalty; Ron Megee’s Phil Labrie, the hospital spokesman who documents Matthew’s lack of progress; and Michael Andrew Smith’s McKinney, whose remorse is negligible. Charles Fugate’s bartender fondly recalls Matthew as a regular and is guilt-ridden about letting him leave with his executioners, while, as a patrolman’s wife, Jennifer Aguilar resents Matthew’s exalted status as a martyr. Equally notable are Cheryl Benge’s Lucy Thompson — killer Russell Henderson’s grandmother — and Missy Koonce’s Reggie Fluty, the cop who first arrived on the scene.

There’s a sense that the actors share the Tectonic Theater Project’s urgency to unveil new information and correct the misshapen rumors surrounding the event. While they could slip into the boring and redundant wielding of agendas, they never do — Church has cut off all the fat. Words got the town into this mess, and words get it out.

Costumer Georgianna Londre zeroes in on one or two details to help the actors travel between roles. When Schultz moves from Romaine Patterson to the rancher, she personifies the latter with only a cowboy hat and a slight twang. Jackets are important, too: Wal-Mart windbreakers for a couple of characters, a dapper sports coat for Mr. Shepard and distressed leather for one of Megee’s gay characters. Aguilar merely holds a cigarette to become Officer Fluty’s tough-as-nails mother. O’Reagan holds nothing at all but manipulates his hands like graceful birds to become a local gay man extraordinarily moved after watching a march for Matthew.

An unseen circuitry makes the forbiddingly complicated Laramie Project run like a flawless rush hour in a huge city’s mass-transit system. It’s partly Church’s doing and partly the result of a script so perfectly done. The Unicorn hasn’t undertaken anything this ambitious or crucial — at least in the last five years. And after last year’s hit-and-miss season, when searing shows like Closer alternated with the silly The Gene Pool and the trite Mud, River, Stone, the Unicorn opens its 28th year by raising the bar.