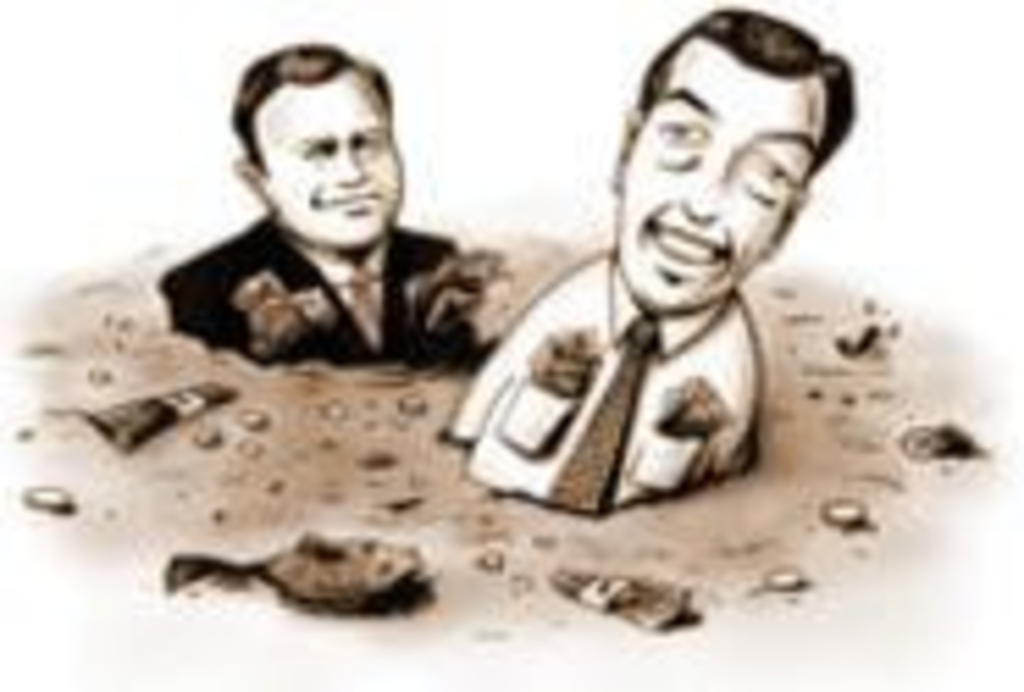 Bill Nichols has canoed the Missouri River from St. Joseph to Rocheport, and plans to canoe the rest of the river to St. Louis at the end of October. His love of the river is apparent, but he talks about it like he’s seen paradise threatened. Barge traffic monopolizes the whole river from just north of Sioux City, Iowa, to St. Louis, he says.

And the barge industry contributes generously to its powerful friends in Washington, D.C., specifically Missouri senators Kit Bond and John Ashcroft. Bond, supported by Ashcroft, recently sponsored a rider to the federal Energy and Water spending bill that would have limited the U.S. Army Corps of Engineers from managing water flow on the Missouri for anything but navigation. That rider led President Clinton to veto the bill on October 6, pledging he wouldn’t sign any legislation limiting federal agencies’ ability to protect wildlife and the environment. And the bill in its present form doesn’t stand much of a chance; neither the House nor the Senate has the necessary two-thirds majority for an override. But that hasn’t stopped Bond and Ashcroft, who have vowed to support future legislation protecting the barge industry’s navigation interests.

At issue is a U.S. Fish and Wildlife Service proposal to restore some natural aspects to the once-wide and free-flowing Missouri without harming the barge industry or farmers whose nearby fields might be subject to flooding. Fish and Wildlife recently proposed that the Corps of Engineers change its Missouri River operating manual to raise the river 1 to 2 feet from the operating channel depth of 12 feet in the spring and fall, and down 3 feet in the summer once every three years. The plan will clean sandbars for the endangered least tern and piping plover nesting sites, and provide calmer water during the scarce pallid sturgeon’s mating season; the three species once populated the banks and depths before the Missouri was channeled with a system of dikes and levees after World War II.

However, the 3-foot drop during July and part of August might spell the end of barge shipping on the Missouri during that time, since it could lower the river below the minimum navigation depth of nine feet. And even though barge traffic is nearly nonexistent for those six weeks, barge operators and agricultural interests don’t want to let go of one hour of potential navigation time. They say the summer decrease will basically put an end to the river’s shaky shipping industry.

The barge industry consists of a few operators whose main interest is navigation on the Mississippi River — American Commercial Barge Lines, Ingram Marine Group, and Missouri Grain. The U.S. Army Corps of Engineers sinks between $7 million and $8 million a year into maintaining the river channel — and more after floods (around $60 million after the 1993 and 1995 floods to restore revetment, in-channel dikes, and levees lost to high water). Only 1.5 million tons of freight — mostly cement, grain, and fertilizer — moves on the Missouri annually, down from a 1977 peak of 5 million tons. Back in the 1940s, the government projected that the river would one day support movement of 20 million tons of commercial freight traffic; the current 1.5 million tons is about 7.5 percent of that figure.

Because of barge traffic on the river, opportunities for recreational use and now for wildlife restoration have been limited, says Nichols, who believes a split season can accommodate the seasonal needs of river shippers. “The river would move slower during the time people would want to be out there, and it would be safer. Those tourism dollars could really amount to quite a bit for river communities. But there aren’t many political contributors there.”

There are, however, major donors with an interest in the barge industry. According to Federal Elections Commission documents, campaign contributions made to Missouri Senator Kit Bond from agricultural interests and barge shippers total $92,500 over the last four years; Senator John Ashcroft’s contributions from those industries topped $59,200. Bond and Ashcroft contributors — Farmland Industries, Monsanto, Archer Daniels Midland, ConAgra, Cargill, and Harvest States farmers cooperative and a laundry list of Midwestern soybean and corn growers associations and Mississippi barge operators — also belong to the powerful lobbying group, Missouri River Area Coalition (MARC) 2000. According to the U.S. Department of Agriculture, barges transport just one-third of one percent of the entire grain crop of Nebraska, Iowa, Missouri, and Kansas.

But the tiny industry’s largesse appears to have translated into favorable action by Missouri’s senators.

If the Fish and Wildlife proposal succeeds, it could change the way navigable rivers are managed in the future — the river freighters and agricultural interests see as a threat. Chris Breccia of MARC 2000 says barge business keeps rail and truck transportation rates at least 30 percent lower throughout the Midwest. “Business on the Missouri is only operating at a marginal profit; that’s why so few carriers provide or service the market. But the disappearance of that business means a minimum 30 percent increase in truck and rail rates for farmers and grain shippers,” he says. “The Corps’ operation of the Missouri as a navigation resource is critical to shippers.”

Bond and Ashcroft use the same argument. The 30 percent decrease in freight rates comes from a late-1980s Corps study indicating that shipping rates were lower around river corridors that may provide competition for rail and truck lines.

But Chad Smith of the environmental group American Rivers disagrees with the study’s results. “Hypothetically there is a notion of water-compelled freight rates. But it’s the analogy that if I sell cheap hamburgers in my front yard, McDonalds and Wendy’s will lower burger prices to compete with me.”

The U.S. Department of Fish and Wildlife undertook years of study to build the split-season proposal that would allow normal river traffic for all but the six to eight weeks of low flow. State conservation and fish and game departments throughout the upper-Midwest, including the Missouri Conservation Department, back the proposal because it enhances opportunities for wildlife restoration, hunting and fishing, and recreation.

The Missouri Department of Natural Resources, however, opposes the proposal. The department oversees use of the river for commercial purposes.

“Critics say there is little recreation on the Missouri so allowances shouldn’t be made for that,” says Bill Haman, an activist with the Sierra Club and Bill Nichols’ frequent canoe partner. “Of course, the river has been maintained for barge and river traffic, and recreation hasn’t been allowed. We are not just talking about saving endangered species, but bringing life back to the river. Barge interests, which aren’t doing much for us, get the Missouri for a bargain when they have Bond pimping for them.”