Film review: On the extraordinary empathy of both Mr. Rogers and the new documentary about him 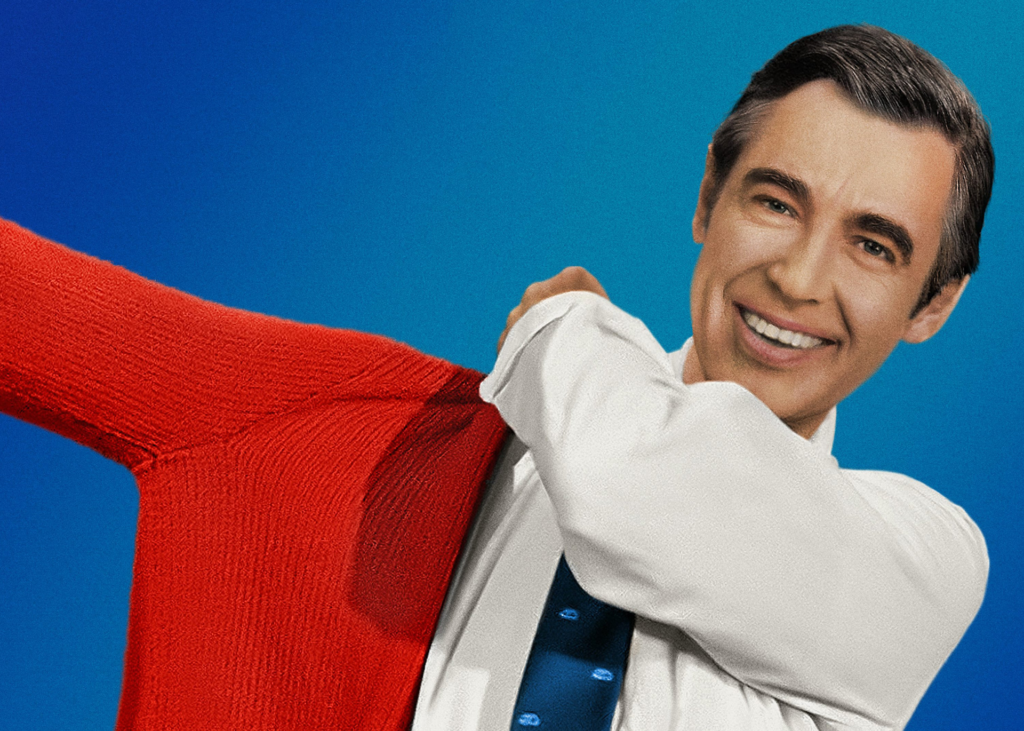 When I mentioned to a coworker that I was going to see the new documentary Won’t You Be My Neighbor?, which profiles the life’s work of public television legend Mr. Rogers, he laughed and asked, “Are they going to talk about his previous life as a badass Navy SEAL?”

He was referring to one of many wild rumors about the mild-mannered host of Mr. Rogers’ Neighborhood — rumors that try to make ironic sense out of a personality whose gentleness and kindness is so out of step with the modern world that it just had to have been a put-on, right?

Only some hours later, as I drove home from the screening, securely under the unique spell of Won’t You Be My Neighbor?, did I realize how reductionary and cynical that perception really is. When faced with someone as earnest and seemingly corny as Fred Rogers, it’s easier to make light of him than it is to accept that he was, in fact, a genuine person who dedicated his life to a dire need that he believed was unmet on TV: the emotional development of children.

Won’t You Be My Neighbor?, directed by Oscar-winning documentarian Morgan Neville (20 Feet From Stardom) is a remarkable 90-minute lesson in course correction for modern audiences used to being bludgeoned to death by absurdly awful news on a daily basis.

It’s also the single most moving experience I’ve had in a theater in over a year.

As a kid who watched Mr. Rogers growing up, part of that connection was no doubt due to nostalgia, but the movie goes far deeper than that, delving into the method behind his slow and steady cadence and gentle demeanor — a style of expression that was out of time even in the 1960s, when he started out on television. Through archival TV clips, original animation pieces, and interviews with the people directly involved with Rogers (as opposed to celebrities espousing his influence), Won’t You Be My Neighbor? lowers your defenses. The sincerity with which the film approaches its subject is corollary to how Mr. Rogers treated his young TV audience — with an open heart and an enormous amount of respect. Television was a medium that frustrated Rogers. He understood how powerful it was, beaming violent civil rights struggles, the Vietnam War, and news of assassinations directly into homes. He wanted to grapple with that power, guide it away from the dark, toward the light.

Neville weaves the narrative around some of Rogers’ favored concepts and core beliefs rather than providing a full birth-to-death biography of the man’s private life. It’s a wise choice, and not just because Rogers was, essentially, the same person on camera as he was off. It’s because Rogers’ words and ideas are stirringly relevant today.

Rogers was a Presbyterian minister and a lifelong Republican, but more than anything, he was a humanist. He genuinely believed that within everyone was a natural tendency toward kindness, but that it needed to be nurtured. His religion taught him that every human is a special being, created by God. As I write this, I am watching television reports of children being torn from their parents at our country’s border. In today’s Republican party, Rogers would be an absolute outcast.

An important element of Rogers was listening, something largely missing from today’s media discourse — even in most of today’s cinema. Silence, a pause, empty space: it allows the viewer to bring something of her own into that moment and fill it with meaning. If there’s one image I’ll take away from Won’t You Be My Neighbor?, it’s one of Fred Rogers’ listening, intently focused, with slightly raised eyebrows and a nurturing grin on his face, eager to complement and let his subject know he understands. Quietly, and selflessly, he is teaching viewers — adults and children alike — how to hear one another.

Between I, Tonya and the Deadpool movies, there have been some pretty successful films lately anchored in self-reflexivity. The energetic heist drama American Animals takes it a step beyond the usual fourth-wall-breaking, film-aware-it’s-a-film tricks. The opening title card says “This is based on a true story,” before wiping out the words “based on,” which is the first clue that writer-director Bart Layton (who also directed The Imposter, a documentary that relies heavily on reenactments) is again blending doc techniques with fictional filmmaking.

In addition to the actors playing the four students (Evan Peters and Barry Keoghan among them) who conspired to steal one-of-a-kind literary treasures from the library of a private university in Kentucky, American Animals features plenty of direct-to-camera interviews with the actual culprits. In extreme examples, they appear in the same frame as the actors — and even talk to them. What at first feels like a gimmick actually ends up giving their characters, who are full of aimless bravado and unearned chutzpah, some gravitas. It’s a stupid thing they’re doing — and OK to laugh at — but once the ball starts rolling on their plan, it’s hard to stop.

At one point, one of the real-life subjects uses an excuse for his criminal behavior that is also a criticism commonly leveled at millennials. I’m paraphrasing: “We were raised to think we were special, and when we realized we weren’t, it was too late.” Ironically, this line of attack is also aimed at Mr. Rogers in Won’t You Be My Neighbor? by idiot columnists and pundits who misunderstand the very idea behind empathy and kindness. There was ennui among young people before Fred Rogers, and there will be as long as humankind exists. American Animals doesn’t need an “easy out” to explain its characters’ poor decisions. The propulsive energy of the movie, once it starts to take shape, mirrors the inevitability of them seeing their bad idea all the way through.