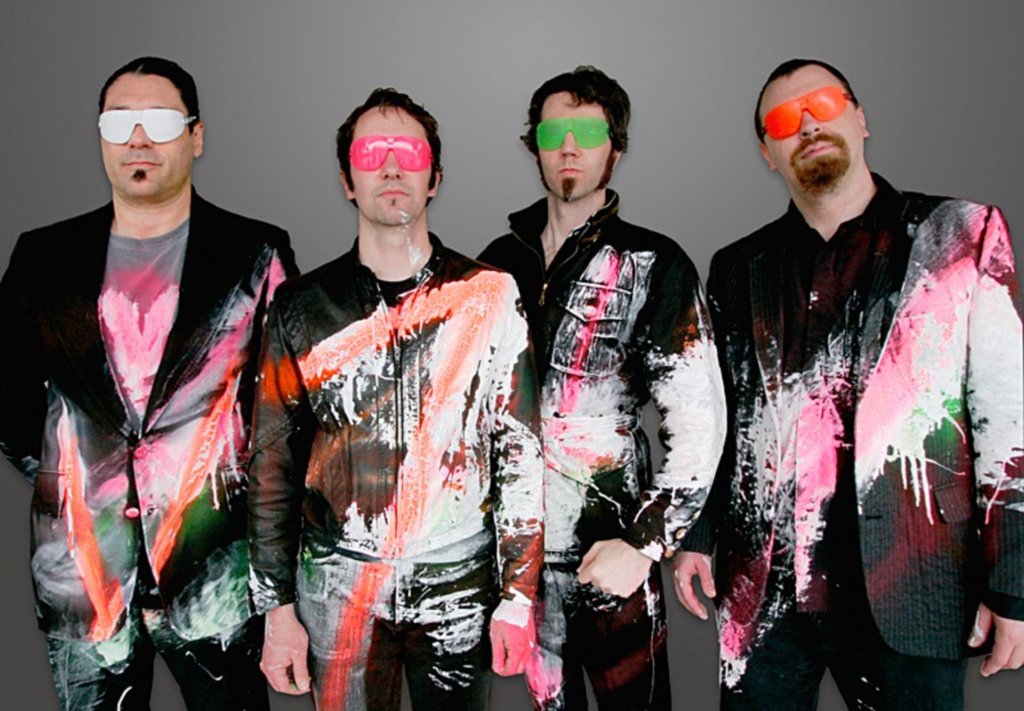 The fourth album of Mr. Marco’s V7 is otherworldly, just as fans of this label-defying combo have come to expect. Though most of Sparkin’ Your Mama is a frenzied improvisation that veers toward metal and funk, it ends after seven instrumentals with a spare jazz performance featuring guest vocalist Arrika Brazil and trumpet player Chad Boydston. The Pitch sat down with guitarist Marco Pascolini, bassist Johnny Hamil, bizarre-instrument wizard Mike Stover, and drummer Kent Burnham and asked a few questions about the band’s latest release.

The Pitch: Where did this album come from? It starts off with a Middle Eastern street jam and winds up with the death of a solar system.

Stover: Johnny initially presented the music to us as a thoroughly written-out, seven-movement suite. Johnny wrote the melodies based on Turkish scales. But to brand the record as Turkish music would be a huge misnomer. We’ve filtered it through the set of modern American archetypes that shape who we are.

Burnham: Each tune is a little like lines in a coloring book. We try to make something different each time we play.

What was the original concept of this band, and how has it evolved?

Pascolini: I think we are essentially doing the same thing we started in 1994. We always knew we had to make this stuff really interesting because we had no lyrics.

Burnham: I thought I was joining a country-swing jazz band, and it took a left turn right away. This band always pushes me outside of my comfort zone, and I’m a better player for it.

Stover: This is only the second CD with the current lineup. To me, the heart and soul of the band is the interplay between Marco and Johnny, the two founding members. Their respective approaches to new material are sort of the rudder to the ship.

This album is full of remarkable textures, like the impossibly deep bass solo on “Sweet 4.”

Stover: That first part is Johnny on his big ol’ purty French bass.

Hamil: Yeah, I don’t take that thing to Davey’s. It’s never seen the light of most bars.

Stover: We trucked in a lot of synthesizers and effects pedals for this record. The idea was to sculpt a unique sound, either as a melodic lead or little musical sprites scampering about in the background.

The eighth cut on the album, “I’m Angry,” isn’t like anything else on the record. It’s a jazz ditty with words! What’s the story there?

Hamil: “I’m Angry” is a song that I wrote a long time ago, after the end of a brief relationship. Occasionally when a friend was down and out, I would play them the song, and they would always respond in a great way. After the suite turned out so well, I decided to put it on the end of the record because it’s really such a nugget of joy.