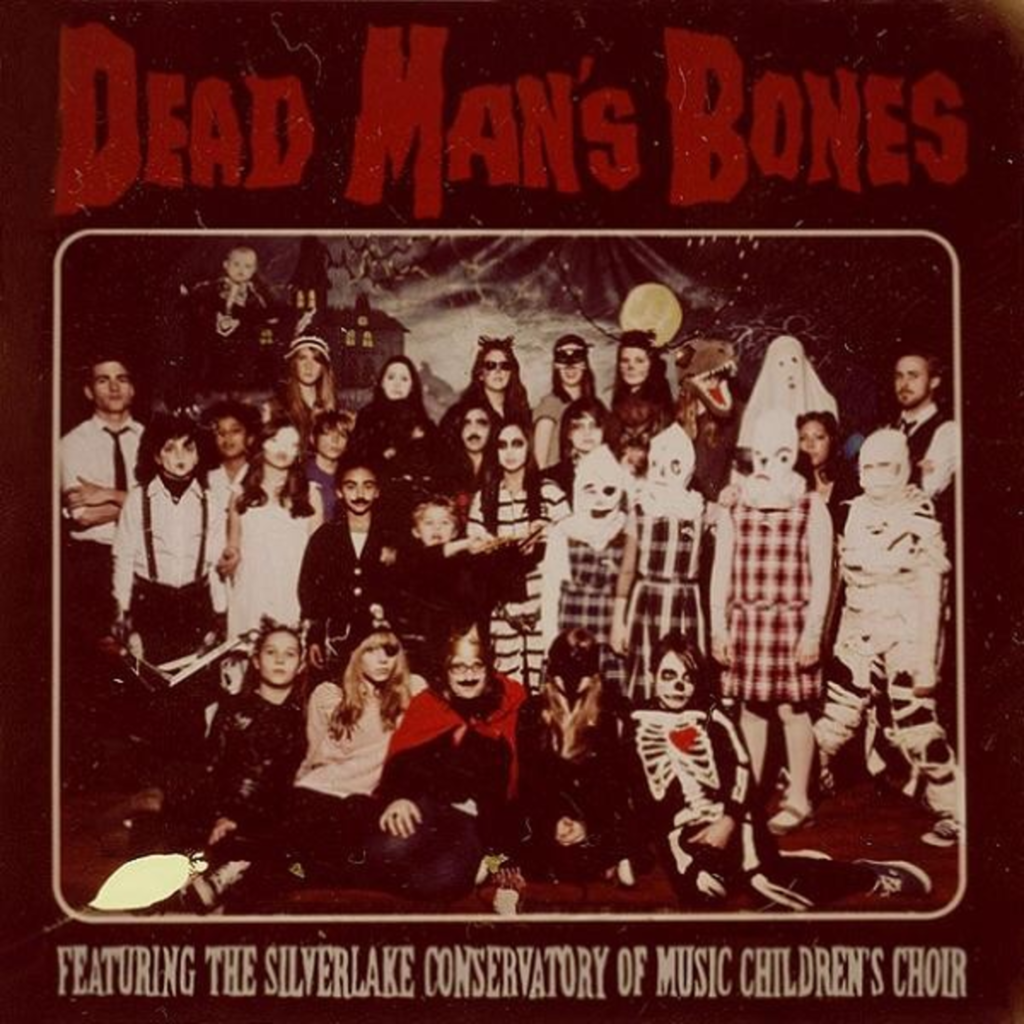 A guy I work with subscribes to KEXP’s Song of the Day podcast, and ever since this song popped up, we’ve been playing it nearly daily.

Dead Man’s Bones features actors Ryan Gosling and Zach Shields, and is way better than most actor-turned-musician projects. As a matter of fact, it has a lot in common with Zooey Deschanel and M. Ward’s She & Him — roughshod, and admirable for the goofy enthusiasm at first, with the music growing on you as it goes along.

This song is a perfect start for the Halloween season, ably helped by the Silverlake Conservatory Children’s Choir shouting the title with great enthusiasm and vigor. The rest of the album looks to be the same, with ANTI- describing it as “a striking collection of doo-wop songs about werewolves, haunting melodies telling tales of zombies with broken hearts, and children singing the joys and pains of being alive or being dead.”