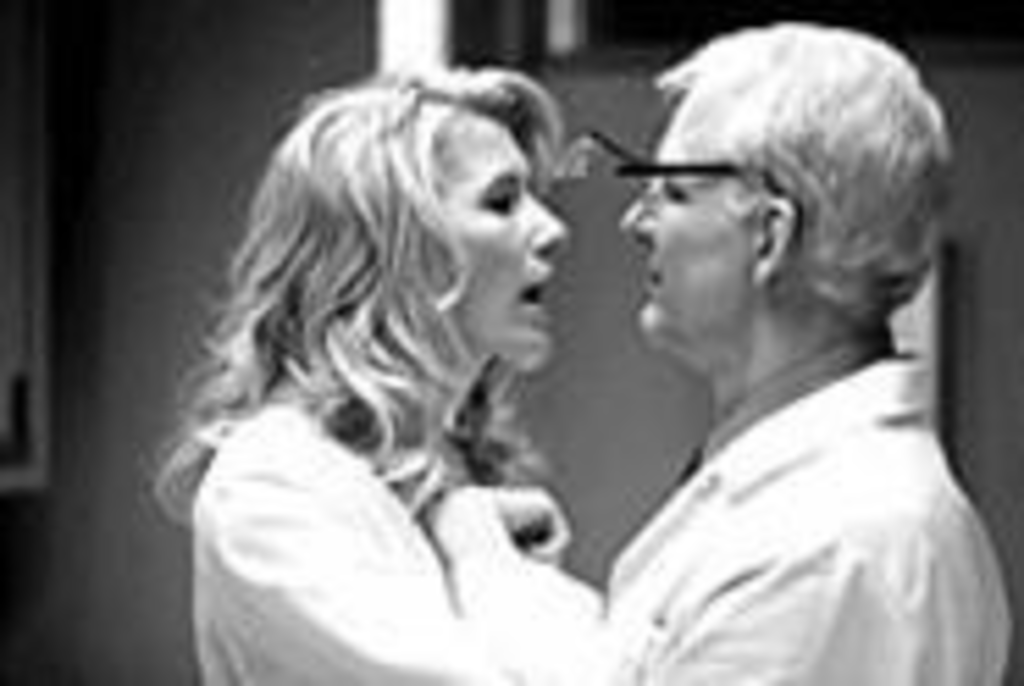 “It’s always been my greatest fear that I’d find myself in a situation where I have to act without thinking and suddenly I’ve killed somebody,” says film director David Atkins, whose contemporary film noir, Novocaine, will make its Kansas City premiere at the eighth annual Filmfest Kansas City.

About sixty movies will screen from October 5-11 at the Tivoli Manor Square, Cinemark Palace on the Plaza, Crown Center Theatres and The Gem. Filmfest cochairman John Shipp says, “We have films from 25 countries, from Iceland to the Congo.” When the independent films on the bill showcase big stars — as in Novocaine‘s Steve Martin and Helena Bonham Carter — they’re in career-stretching roles.

In the tradition of Hitchcock’s protagonists — ordinary men dragged through hell by extraordinary events — Martin plays a boring dentist with a solid practice and a sweet dental assistant (Laura Dern) to whom he is engaged. Enter Bonham Carter as a junky named Susan Ivy, whose name hints at her poisonous intent. She’s been faking dental problems all over town, and Martin’s character, Dr. Frank Sangster, is the latest DDS to be duped into prescribing Demerol (it looks mighty easy to change a scrip for five pills into one for fifty).

Atkins will be in Kansas City to introduce his movie. He says he created the characters played by Dern and Bonham Carter as polar opposites, the better to squeeze Martin between their vice-like grips. “He becomes strangely attracted to this woman with messed-up teeth,” Atkins says. “Here are these women: One’s tall, one’s short. One wears light, one wears dark. One’s all exterior and superficial, the other’s not paying attention.” That’s not to say audiences won’t be — up until the point when they might have to shield their eyes from the gruesome conclusion.

Also on the bill is Stephen Frears’ Liam (the movie Angela’s Ashes should have been before Alan Parker got his clumsy paws on it). Its seven-year-old star, Anthony Borrows, gives an amazing performance as the youngest son of a poor Liverpudlian Catholic family at the rise of British Fascism. Ian Hart and Claire Hackett are equally wonderful as, respectively, his defeated and resourceful parents.

Debra Eisenstadt’s Daydream Believer, a Slamdance prize winner, turns out to be a cloying little comedy at the other end of the spectrum (it tells the story of a scrappy actress trying to make it in New York), making the scope of the festival apparent. Though there’s a sweet movie somewhere inside Daydream Believer — mainly in the brief relationship between its lead actress, Sibyl Kempson, and a gay designer from Missouri who lives in his storage cubicle — the story is neither novel nor freshly told.

Rounding out the slate is a collection of documentaries, other Slamdance entries like Scrapple and Windigo, and Glenn O’Brien’s New York Beat Movie (now called Downtown 81), which features the late artist Jean Michel Basquiat playing — surprise — an artist.