Movies form a literal escape in the surprising doc The Wolfpack 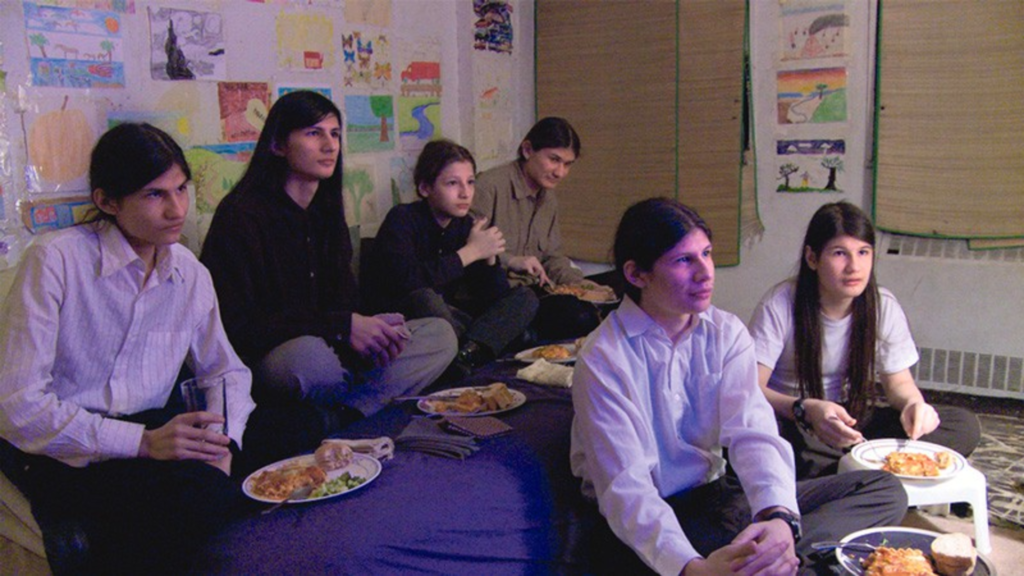 The Wolfpack, Crystal Moselle’s constantly surprising, occasionally troubling documentary, follows a family of kids raised in almost complete isolation in a New York City apartment. The Angulo kids’ father, a once-aspiring musician from Peru whose devotion to Krishna led him to the not entirely logical conclusion that NYC would corrupt and contaminate his family, forbade them from wandering out of their cluttered home.

So the five brothers — they also have a developmentally challenged sister, but the film focuses primarily on the boys — learned about the world through movies: action pictures such as The Dark Knight, epic dramas such as The Godfather, war films including Apocalypse Now. And then the boys started painstakingly re-enacting those films and recording the results.

Thanks to the novelty of its subject matter and Moselle’s remarkable access, The Wolfpack is intimate and absorbing, even if it sometimes seems formless. The director, who met the Angulos during one of the rare times they were allowed out, cuts from the kids’ movie re-enactments to talking-head interviews, interspersed with a variety of documentary footage. It can be hard to tell the brothers apart, and the multiplicity of voices sometimes feels muddled.

Still, there’s a lot going on here. The Wolfpack is not just a movie about movie love; it’s also one about loyalty, about parenting and about a bizarre life bounded by four close walls. How, exactly, do you break free of a prison built by your loved ones?

That’s one of the questions that this film suggests without offering a firm answer. The boys have a troubled relationship with their father, who seems simultaneously domineering and absent. Their mother, on the other hand, often seems like a long-suffering angel. It would be easy to look at what’s happening here and imagine a world of abuse, and the film doesn’t ignore this possibility. Rather, Moselle’s offbeat, frequently playful tone may frustrate those looking for clearly drawn moral lines and judgments.

Perhaps that’s the idea, ultimately. As the Angulo brothers struggle to discover the world, and to free themselves of the strict boundaries of the only reality they’ve ever known, The Wolfpack transcends mere social-issue concerns. It becomes a coming-of-age movie with monumental stakes — and a strangely vibrant look at the liberating power of creativity.