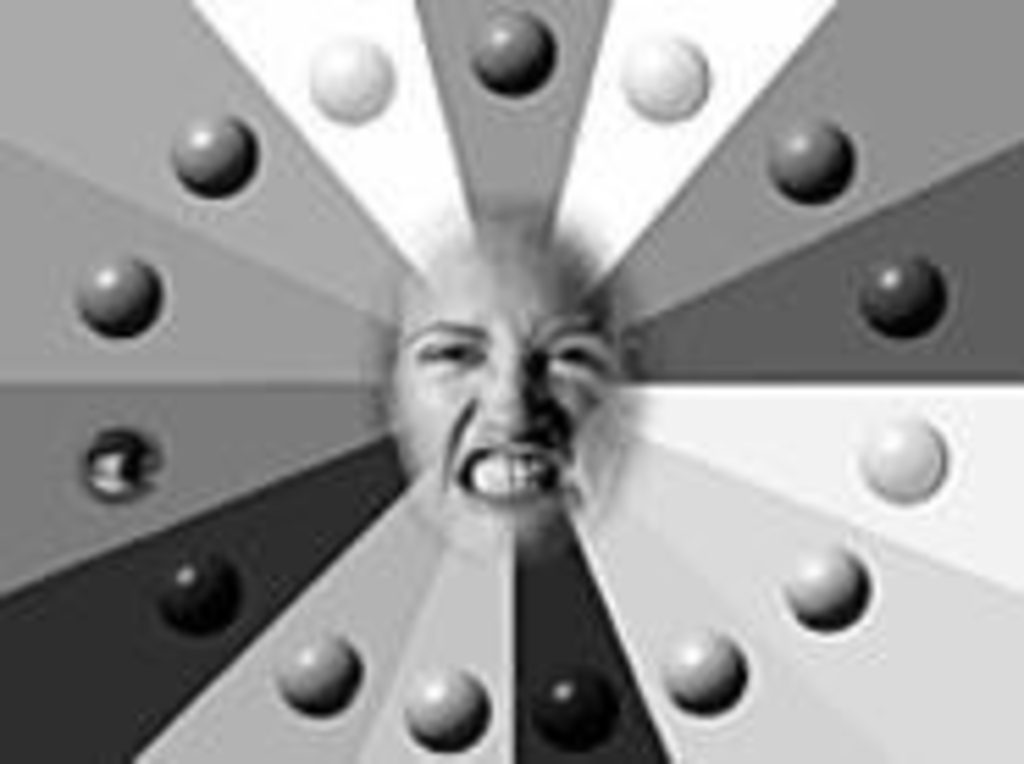 The Nelson-Atkins Museum of Art’s winter Electromediascope series, CyberCinema, shows how mutually agreeable the relationship between artists and the Internet has become.

Zoe Beloff’s interactive installation Zoe’s Word (www.zoebeloff.com) is one of dozens of pieces in the three-week program. She describes herself as “a filmmaker who sometimes works with digital media.”

Electromediascope’s cocurators Patrick Clancy and Gwen Widmer project the Web art onto the museum’s movie screen, then drag and click viewers through the work. “What we’re doing at the Nelson is unusual because the work is meant to be participatory,” Clancy says. “But we’re bringing it into a cinematic space.”

Most of the works are accessible through Web sites and offer a range of experiences, from the esoteric to the purely joyful. Kristin Lucas’ Involuntary Reception (www.eai.org/involuntary/) is a seriocomic exploration of what must have been a unique childhood. “I have an enormous electromagnetic field,” she writes on the work’s home page. “When I was a child, I used to touch things and they’d just fry.”

Stephen Vitiello’s Tetrasomia (www.diacenter.org/vitiello/index.html) makes a viewer’s cursor the equivalent of a conductor’s baton. As the cursor slides over four monochromatic boxes, images appear with accompanying sounds, and the composition becomes a fugue of fire, chirping crickets and summer rain.

A few American museums are heavily invested in displaying the artistic possibilities of the Internet. But most, Clancy says, “have been very slow on this, especially when you look at what museums are doing in Europe, Australia, Japan — even Mexico City.”

“The field is a merging of text, image and thought,” Widmer explains. “People have thought they couldn’t be artists because they couldn’t draw. But [cyber art] is more conceptual and democratic.”

Or, as Clancy puts it, “It’s the group dynamics of the cinema audience merging with the inhabited global dimensions of the World Wide Web.”