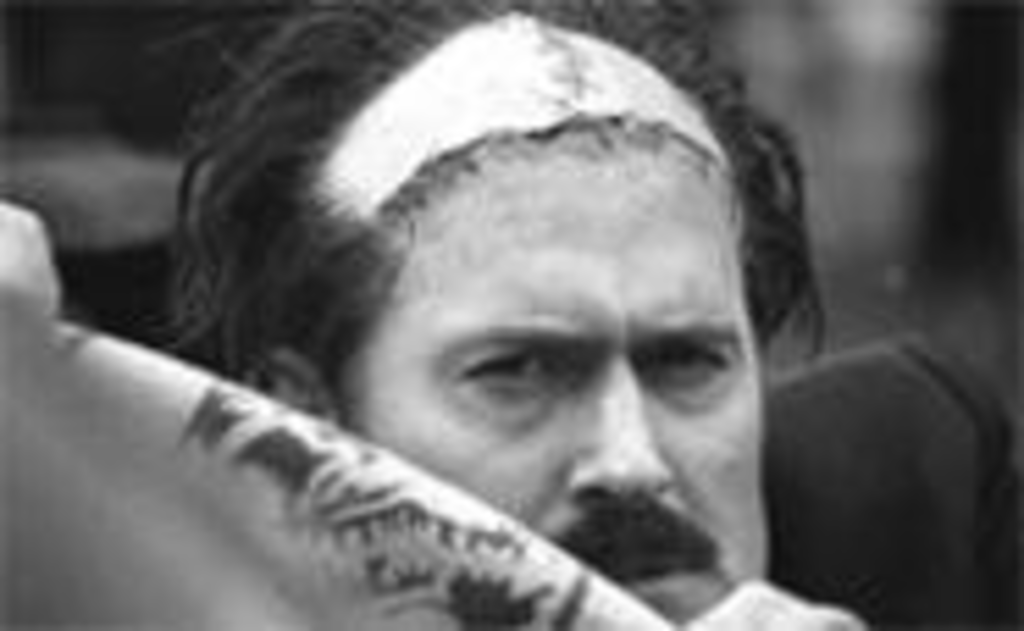 FRI 8/26
Bruce Campbell may not be a household name — it’s a sick, cruel world — but the self-described B-movie actor always has something in the works. Since achieving cult-icon status for his performances in horror flicks The Evil Dead and Army of Darkness, Campbell has brought his do-it-yourself approach to everything from a recurring role on Xena: Warrior Princess to a best-selling (and totally hilarious) autobiography. He comes to Screenland (1656 Washington) Friday for a showing of his latest film, The Man With the Screaming Brain, which he also wrote and directed. Campbell stars as a greedy American businessman who unwittingly finds himself in the middle of a brain-transplant experiment by a Bulgarian mad scientist who … well, you get the idea. Expect an oddball mishmash of horror and comedy. He’s also promoting his first novel, Make Love the Bruce Campbell Way, which chronicles the efforts of a “fictional” actor named Bruce Campbell as he attempts to make the jump to the elite and elusive Hollywood A-list. The free book signing starts at 5 p.m. in the Screenland Gallery; admission for Brain, which screens at 8 and 10 p.m., is $10. Call 816-421-2900. — David Hudnall

8/29-9/4
Just Off Broadway Theatre (3051 Central) launches its annual Playwrights Festival of Kansas City at 7 p.m. Monday, showcasing local wordsmiths’ literary range and diversity for a third year. A week of nightly readings by the playwrights themselves, the fest kicks off with The Lives of the Saints, a satire by Kathleen Vinlove. But we’re always on the lookout for subversive sketch comedy in a city where it’s seldom seen, so we’re more excited about Shari and David Crespy’s version of satire — Postcard From Hohumbia, at 3 p.m. Saturday. David is a theater professor at the University of Missouri-Columbia, and the script exposes the frailties of rural life and politics in a college town called “Hohumbia.” The thinly veiled reference is certainly not lost on us former Mizzou students. For a full schedule, contact Bryan Colley at 816-941-3875. — Megan Metzger

SUN 8/28
At July’s Kansas City Gay & Lesbian Film and Video Festival, audiences had one request: the opportunity to see more films, more often. Organizers have listened to these film fans’ pleas and will now offer post-festival movie nights. The first such evening brings Fish Can’t Fly to the big screen — or at least to a screen — at Broadway Church (3931 Washington) at 6:30 p.m. Sunday. The film explores the issues surrounding gay men and women as they try to reconcile their faith with their sexuality, and the often poignant results. Tickets are free for 2005 festival cardholders and their guests. To get a free Friends of the Festival card, call 816-931-0738 or see www.kcgayfilmfest.org. — Rebecca Braverman

Better polish up your pawns.

SAT 8/27
Lawrence has decided it needs public chess tables, and we don’t disagree. (Of course, that’s less because we enjoy the game and more because we’d like to play like Alice in Through the Looking Glass. But whatever.) Others interested in turning a Larrytown corner into a pocket-sized Washington Square Park should head to Tenth Street and Massachusetts at 2 p.m. Saturday. Admission is free, but a $3 donation is requested; call Solidarity (785-865-1374) for details. — Annie Fischer