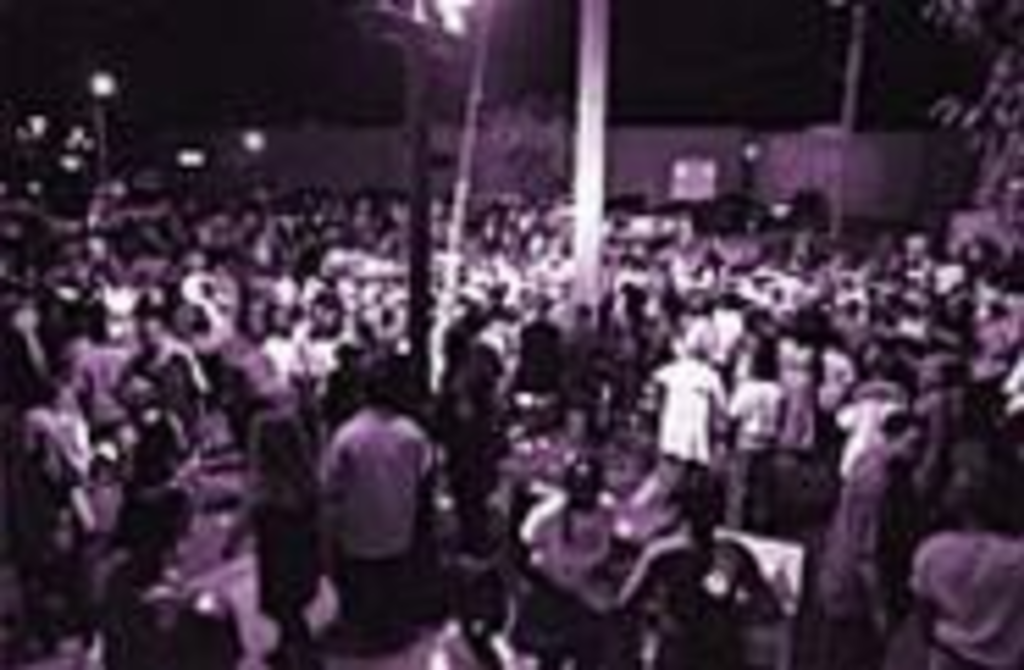 In 1971, Paul Edwards had just finished a high-profile, two-year stint as president of the Westport Community Council. To many in Westport, he was a hero. The city had been proposing to turn Pennsylvania, from Penn Valley Park to the Plaza, into a four-lane thoroughfare, but Edwards had helped stop the plan. As Edwards said in an interview with the Westport Trucker, he got involved “to save Westport’s ass.” And that he did.

At the time, Westport was a funky mix of counterculture commerce and traditional neighborhood businesses. Storefronts with such names as Tiny Tim’s Magic Circus, The Tape Worm, and the Silver Cricket coexisted with churches and drug and hardware stores. Dotted throughout were homes and apartments, many owned by the people who lived in them. Young and old, artist and blue-collar worker shared Westport sidewalks. I remember downing Bloody Marys at 7 a.m. at Kelly’s, talking with workers from Manor Bakery around the corner. They were winding down after the third shift before heading home; I was coaxing myself straight after a night of partying.

During the day, Westport remains the quaint, eclectic retail and office center — not as sedate as the Plaza, not as snooty as Leawood’s Town Center. Westport has held onto some funkiness, keeping its anti-mall feel. Commercial real estate agents, however, say Westport remains a hot spot, and the half dozen major property owners and 20 smaller-business operators who own their buildings work to keep it that way. The coming Wild Oats store at Mill Street and Westport Road proves that Westport’s appeal remains.

At night, the strollers, shoppers, and passive people-watchers leave. The stores close mostly by 7 p.m., and the few remaining upscale restaurants don’t offer a late dinner hour. The night belongs to the drinkers, as it’s been throughout Westport’s recent history. But with more and bigger bars, the scene is one of huge meat-market stalls where the unrequited test bouncers’ patience. Dour police and security forces deal with the drunkenness. Long gone is the notion that liquor licenses should be limited in Westport, a policy promoted by Don Anderson, Westport Square’s original developer, and his successor, Bill Fowks. (Anderson also owned The Prospect, for a long time Westport’s signature restaurant.) Forgotten also is the Westport Plan, an ambitious document the city council passed in the mid-’70s to ensure Westport’s future balance between residential areas, commercial zoning, and historic preservation.

Now Westport, like the rest of the city, suffers under “planning by private developer.” City hall responds to the demands and promises of the well-connected; the city’s character and future are determined by the political clout of a dozen or so development lawyers who can squeeze the system while icing the package with tax abatements. Left out are people who just want to keep their neighborhoods intact.

Mortgage banker James B. Nutter, with his establishment of so-called Nutterville, eliminated homes southeast of Westport’s core. Some houses remain, their bright paint turning the structures into strange caricatures of human occupation as they are marketed as office space for small-business entrepreneurs. On the southwest, DST Realty readies the bulldozers to destroy dozens of single-family houses for a sprawling apartment complex that city planners have charged is indistinguishable from “something in Olathe.” Gone will be an old neighborhood that, ironically, demonstrates the concept of New Urbanism — houses on compact lots with front porches and back-alley access to detached garages — which is touted as a bulwark against the numbing effects of suburbia. Remaining residents accuse DST of purposely buying homes to let them deteriorate in order to qualify for property tax abatement and the power to make public streets private. Already the police department works the street to protect DST’s investment in gentrification, setting up roadblocks at Westport’s entrance from the west. But where were the cops, the city codes inspectors, and the politicians when the area was just a neighborhood struggling to survive?

Whereas Paul Edwards spoke of Westport as a community, the area now is increasingly referred to as an entertainment district. For remaining homeowners living in Westport’s core, that means accepting the 3 a.m. closings of some of KC’s largest bars.

Jim Grow wants no part of that. “Downtown, that’s where the entertainment should be,” he said at a Westport Neighbors United meeting earlier this month. Around 40 people attended.

Grow, who lives in the 3900 block of Wyandotte, along with residents on Central to the west, is taking aim at XO, the dance club at 3954 Central. For most of the meeting, residents living near the club listed incidents — from drug dealing to excessive noise — attributed to XO. Grow is blunt about his objective. “It’s time to pull the 3 a.m. liquor license in every neighborhood,” he says. Grow sees focusing on XO as a “stepping-stone” to that objective.

XO managing partner Stuart Salomon says he’s addressing the problems. But Salomon contends Grow is out to shut down the club, and if his 3 a.m. license is pulled, he’ll have to close. “If you’ve been someplace for 20 years and haven’t changed your method of operation, and if you are operating well within the boundaries of the law, you have a right to exist,” Salomon says.

He’s right, but so is Grow — if you think Westport should be more a neighborhood than an entertainment district.

I do, so here’s my proposal: Move XO, The Beaumont, and the Grand Emporium into a downtown entertainment district. Give them tax increment financing and other subsidies to help underwrite relocation costs and building renovation or new construction. Here’s why:

• Moving XO eliminates the club’s 3 a.m. license as a neighborhood issue. Salomon doesn’t face that issue downtown. “It wouldn’t be too bad of an idea in certain ways,” says Salomon.

• Since the Beaumont is primarily a concert venue with all-ages and over-18 shows, moving it means fewer underage people coming to Westport to hang out afterward.

• Linking the Grand Emporium with XO and the Beaumont makes three regional entertainment draws that generally offer music lovers different experiences. These clubs bring crowds to Westport; let their patrons crowd the streets of downtown. “The city has the power to offer (the clubs) incentives,” particularly in an existing TIF district, says Gary Sage, president of business development for the Economic Development Corporation.

• Why move the clubs? Because the Power & Light District won’t happen, and if it does, it will be an apartment/loft and office project, not the entertainment and retail center developers and the city promised the taxpayers who approved it. It’s time for the city council to stop humoring Mayor Kay Barnes about the feasibility of the Power & Light District anyway. The nice lady needs a wakeup call. Most commercial real estate insiders and leasing agents chuckle at the notion the project will ever get off the ground.

The burning question ought to be why the city council isn’t embarrassed out of its conservative wardrobe for even contemplating that a financially ill enterprise such as the House of Blues, whose concept is about as hip as a Grand Emporium bar rag, would consistently draw people downtown.

Let’s give up this silly P&L charade. Owners of Kansas City’s long-established nightclubs deserve a tax break and help from city hall. Kansas Citians need a lively, fun downtown, and Westport has to remain a neighborhood to survive. Send the entertainment district north.