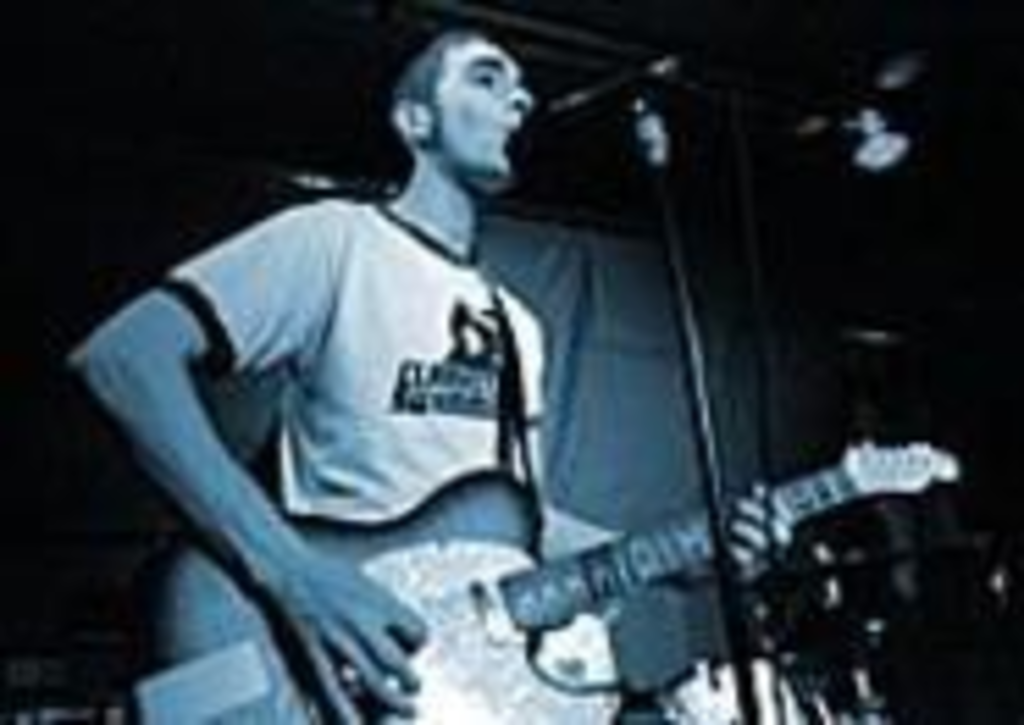 A few Labor Days ago — the day before his first day of eighth grade, in fact — The Casket Lottery‘s Nathan Ellis had one of those cathartic moments during which, in an instant, he knew exactly what he wanted to be when he grew up. No, Ellis wasn’t inspired by firefighters collecting money for Jerry’s Kids, and he hadn’t just witnessed Joe Montana whizzing passes to a star receiver. Ellis had just seen Kill Creek perform at Spirit Fest, and that’s when he decided he wanted to rock.

“That’s actually one of the first real rock shows that I went to that I’m not embarrassed about,” admits Ellis, who refuses to reveal what those other, less-than-prestigious concerts might have been. “The very next day I started my first band.”

As is often the case with first-band experiences, bassist Ellis didn’t really find his role in that group, and he never found his voice. After that unnamed group went by the wayside, “there were a couple of years when I was (playing music) by myself in my room,” Ellis says. But although these solo sessions might have seemed pointless at the time, such songwriting practice turned out to be a valuable component of Ellis’ extracurricular education.

Following this dalliance with songwriting, Ellis returned to the bass, taking Stacy Hilt’s slot in Coalesce. This fondly remembered and technically proficient metal band called it quits after a year and a half, but Ellis picked up a few tips before members parted ways.

“I learned a lot from that experience,” Ellis says. “I never understood music completely until I played with James (DeWees, drums) and Jes (Steinenger, guitars), who are incredible musicians who taught me a lot about songwriting and keeping it interesting and original.”

They say marriage gets easier after the first time. Actually, maybe it’s that getting married is easier after you do it once. Regardless, that axiom applies better to bands than to the betrothed, and at that point Ellis had the taste in his mouth. He was like Liz Taylor, still reeling from Richard Burton and willing to try anything, including a construction foreman, but Ellis might be luckier than Liz, or just a bit shrewder. When it was time to form another group, Ellis enlisted Hilt, the man he replaced in Coalesce, on bass, and newfound friend Junior Richardson on drums. Suddenly, there was a receptacle for all those songs Ellis had penned over the years, and he called it The Casket Lottery. Ellis’ band blends jarring tempo changes with bursts of shouted fury, intricate guitar experimentation, and underlying pop melodies. His lyrics, most of which deal with deeply personal subject matter, are refreshingly straightforward — raw emotion unclouded by showy semantics.

Since its inception (carbon dating puts it at July of ’97, when Ellis was still bound to Coalesce), The Casket Lottery has released a handful of 7-inch singles and compilation tracks, but it wasn’t until its second full-length album, 2000’s Moving Mountains, that the masses started thanking Ellis for bringing his brain trust out of the bedroom. After Pitch Weekly‘s October Best of Kansas City issue, in which readers picked Moving Mountains as the Best Local Release, everyone from Ellis’ coworkers at the corporate health food behemoth Wild Oats to his skeptical mother suddenly realized that the group was a musical force with which to be reckoned.

“Now my mom thinks we’re actually doing something with this,” says Ellis. “That’s so cool that people took the time to write in. I guess the fact that we’re selective about where we’ll play keeps us from being well known, but I’d rather play in front of people who care than be background music. As much as I’d love to play The Hurricane, I’m sure we would question it after we got on stage there. I’d much rather play a house show somewhere.”

It seems as if avoiding the Westport grind and concentrating on those house parties has paid off in ways that would make Kid ‘N Play jealous. The Casket Lottery’s persistent touring has quickly made it a favorite of the KC-sound-loving West Coast emo crowd, and The Casket Lottery has taken local acts such as Proudentall along to share the love.

“We made a stop at Disneyland last time we were out, and we were probably pretty annoying,” Ellis admits. “We went in the haunted mansion, like, eight times, and we would all scream real loud right before the scary parts, so I’m sure it was annoying to everyone there. I felt really bad, actually.”

After that guilt subsided, The Casket Lottery’s members returned home to their respective jobs and a little R&R (rehearsing and recording), but they’re not ready to craft the follow-up to Moving Mountains quite yet. Currently, the group is working on five songs (three covers and two originals) for a mail-order-only EP to be released on the label’s Web site (secondnaturerecordings.com) later this month, all of which led to an event that brought Ellis’ brief musical life full circle.

“(Kill Creek vocalist) Scott (Born) came in and sang on one of the Casket Lottery songs,” says Ellis, “and it just blows me away. I got goose bumps listening to it.”