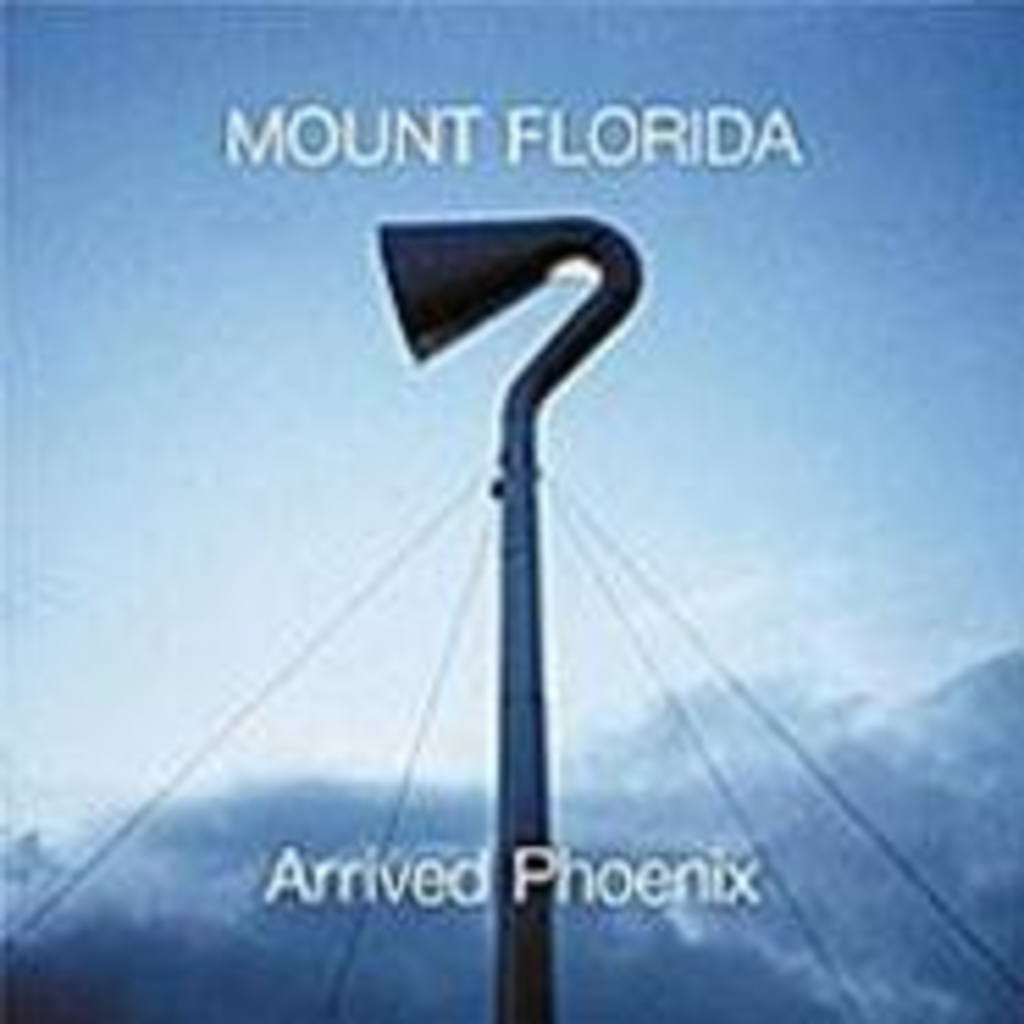 Blame Blood, Sweat & Tears and Spyro Gyra for ruining the word “fusion”; since the heyday of those groups, uttering the word brings thoughts of endless wank-offery, followed by the image of some dude soloing with a stupid just-lost-a-pinkie-to-his-hedge-clippers look on his face. However, if you erase the word’s association with the misguided late-’60s/early-’70s jazz-rock genre, the idea of “fusion” seems only natural — and downright welcome — in times when genres have become stale and often unremarkable.

Arrived Phoenix is a fusion record in the best sense of the word in that it jumps around in many directions, merging and mingling, drawing on inspirations both coy and in-your-face, ignoring distinctions and exploring sounds both new and outdated. You can hear traces of Gang of Four, Aphex Twin, Killing Joke, King Tubby and Massive Attack within, and if you melt the aforementioned artists down to a single essence, you’ll find what’s at the heart of Mount Florida: heavy bass and loads of percussion.

Mount Florida, hailing from Glasgow, Scotland, has released three stellar EPs (Storm, Stealth and Strut) in the past year. On them, the duo sampled the Stooges and Eric Satie, referenced Muslimgauze, Charles Bukowski and Kurt Vonnegut in song titles and created beat-infested rock songs and rock-infested beat songs. Underneath the loudest and hardest of these tracks — “Roc the Bukowski” and a remix of that piece, “Roc the Vonnegut” — was a teeth-grinding intensity that seemed endless; both sampled the glorious set-you-free riff of the Stooges’ “1970” and fused it with a monster beat and Iggy screaming Look out! at the top of his lungs.

Like all interesting musicians, Mount Florida’s members practice restraint and understand that equal power can be achieved through the use of quiet tones rather than relying solely on eardrum busters; they understand that texture and depth are at the heart of aural beauty and that variation and surprise equal drama. On Arrived Phoenix, surprise is the rule: Sounds arrive from all over the map; the string quartet that arrives sounds like Kronos; the itsy female vocalist that sneaks into “Space, Echoes” is none other than Frances McKee, formerly of the Vaselines; and the eleven-minute workout “Celebration” is some freaky combination of blippy techno, strummed-out rock and drone-on space exploration.

Mount Florida’s songs walk the line between synthetic computer and analog rock-out; it’s hard to tell when the group is sampling to make music that sounds like a live band and when it’s strapping on its guitars to actually be a live band; hard to tell whether any riff is stolen or strummed, whether any beat is live or Memorex. But, ultimately, who cares how they do it? It’s a record, after all, not a live performance, and if the new confusion caused by digital recording and sample culture causes purists in one camp or the other to scratch their heads and wonder whether they “should” be liking the music, whether its method of creation resides in the world they understand, that’s a good thing, serving to slap around snobs who shouldn’t be bothering with such pointless exercises.