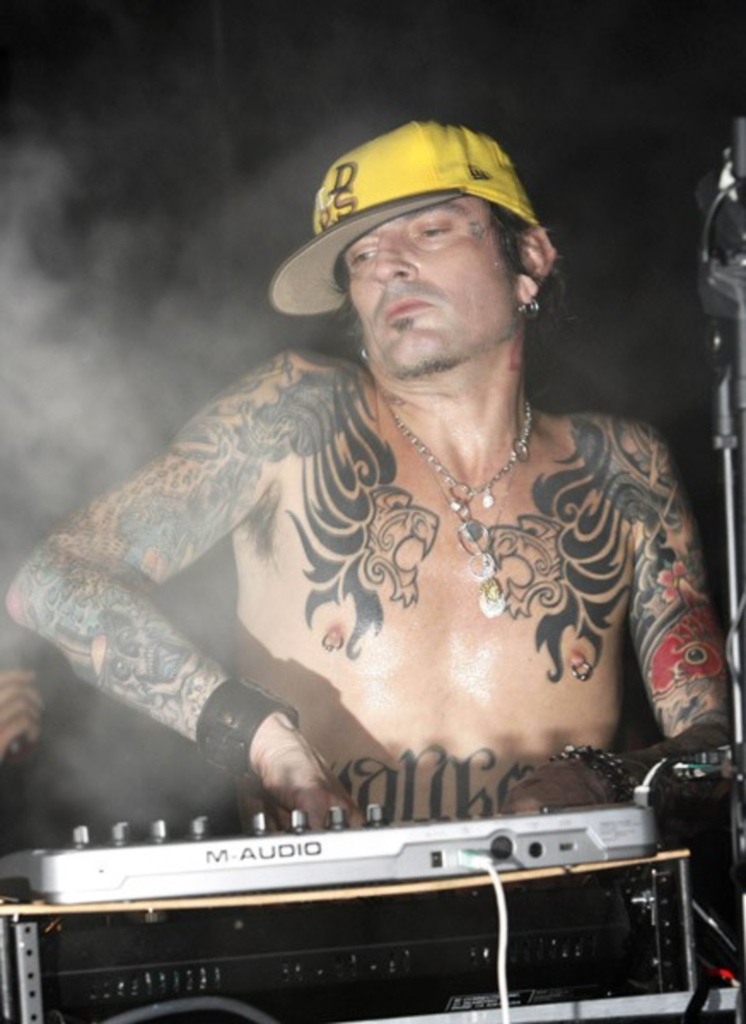 When Tommy Lee strapped himself, half-nude, into his rotating drum kit to solo for 10 minutes before a crowd of thousands at the Sprint Center Tuesday night, he did it because he’s crippled with shyness. As he hung, suspended high above the masses, the nearly 50-year-old percussionist thought, Ah, how I despise being the center of attention! Thank God I became a rocker! while his exposed nipple piercings glistened in the spotlight.

So you can imagine his shock after the show when he appeared for a DJ gig at Mosaic, only to find that people were more interested in seeing him than listening to his brand of inoffensive techno music.

“Winner of lamest photosession danceclub EVER goes to KC’s Mosaic!” tweeted Lee at 2:33 a.m. immediately upon finishing the gig.