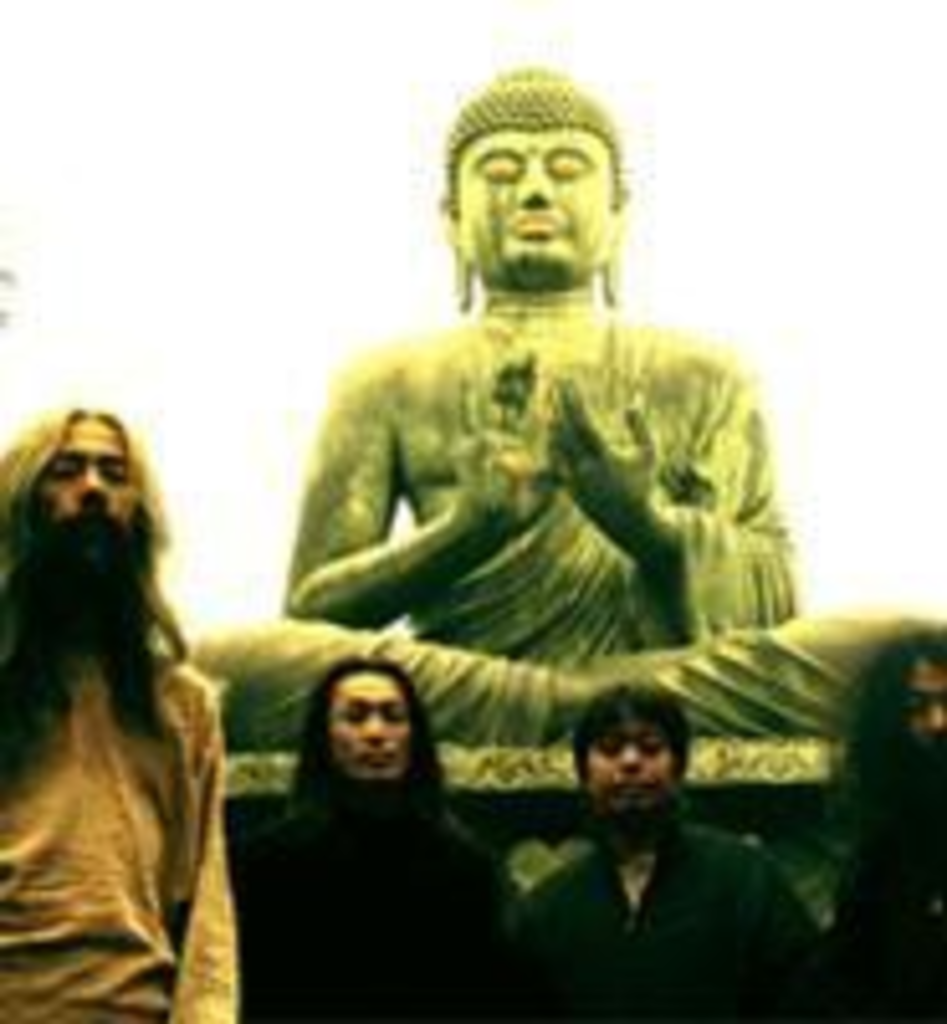 Kawabata Makoto, the high priest of Japan’s Acid Mothers Temple & the Cosmic Inferno, conducts English-language interviews via e-mail with the help of a translator, and that’s appropriate. After all, his livelihood is founded on translation, albeit of a very different sort. “My music is something that I constantly hear from the cosmos,” he writes, “and I merely re-create it so that others may hear it, too.”

As this statement implies, Makoto sees recordings such as Iao Chant From the Cosmic Inferno, a new Temple masterwork on the Ace Fu imprint, in mystical terms. He didn’t conceive them. Instead, they came to him as gifts from infinity. Think of him as God’s transmitter.

The deity clearly had a lot to say prior to Chant. The album consists of a single song — “OM Riff From the Cosmic Inferno” — that clocks in at more than 51 minutes. Nevertheless, Makoto believes that when judging “OM,” size doesn’t matter nearly as much as excellence does.

“People don’t think that Beethoven’s Ninth is wonderful just because it takes over 70 minutes to perform, or that a Beatles song is fantastic because it’s over inside three minutes,” he says in an e-mail. “Each piece of music has an integral and necessary length of performance time. Compared to ordinary rock songs, our music seems to be long, but that is only because the music itself demands that specific length. Its length or brevity has nothing to do with its quality. A worthless piece of music will sound painfully long even if it lasts for less than a minute. And a great piece of music can sound too short even if it lasts for over an hour.”

“OM” falls into the latter category. The piece shifts and undulates countless times over its span, with aggressive guitar patterns, hyperkinetic beats and other standard rock elements rubbing against drones, polyrhythms and otherworldly effects conjured by the Temple’s congregation: Makoto, bassist Tabata Mitsuru, electronics expert Higashi Hiroshi, and drummers Shimura Koji and Okano Futoshi. The results will strike most listeners as mind-bending, but to Makoto, they’re as natural as can be.

“I never deliberately search out the new,” he stresses. “I just try to live fully from moment to moment, but somehow, new things come to me, even without me wishing for them. That’s what makes life interesting.”

Makoto’s background is equally intriguing, in part because his influences cross national and cultural boundaries. He grew up in Osaka, where he was exposed to native Japanese artistic styles. His grandfather was a Noh theater performer, and Makoto’s father often sang songs from this tradition around the house as his son was growing up. His mother, in contrast, was a fan of Western classical music and was biased against pop tunes. Her preferences may explain why Makoto eventually gravitated toward prog, proto-metal and experimental electronic works as well as the efforts of classicists unafraid to contrast beauty with dissonance.

Still, Makoto found his biggest influence inside his own head. From his earliest memories, he heard a type of ringing in his ears that he initially thought was “messages from UFOs.” An auditory specialist might call that pseudacusis, a malady that causes people to suffer from mistaken or false hearing, but Makoto doubts that there’s a medical explanation. “Hearing tests have never uncovered any problems,” he writes. “In fact, I have very good hearing, so I don’t believe that there is anything physically wrong with me.”

Whatever the case, this condition turned beneficial after the ringing mutated. “Now I don’t hear it as sound but rather as a clear form of music,” he says. “Sometimes it even sounds like it’s being played by an ensemble.” The persistent sonic bombardment has its negative side. Because “the nature and purpose of the sounds is unknown to me,” Makoto notes, “there is nothing I can do to control them.” But by opening himself up to the experience, he has discovered a bottomless well of material. All he needs to do is listen.