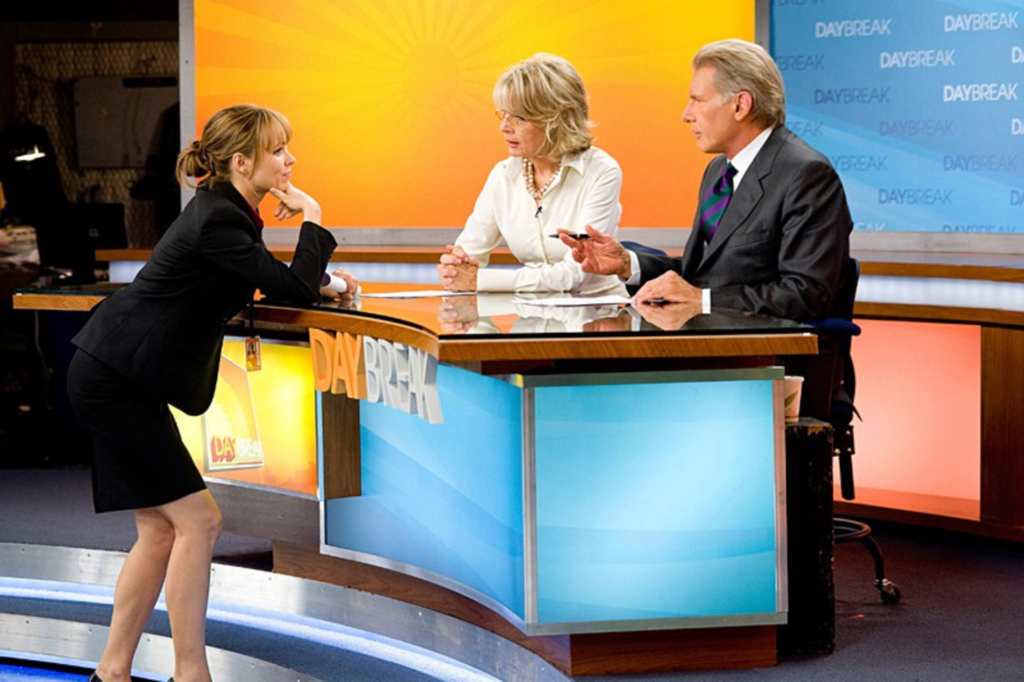 In the climax of Morning Glory, Rachel ­McAdams is dressed in the kind of cocktail dress that a screen heroine wears when a slow-building love plot is coming to a head. It’s the perfect costume for, say, leaving one suitor to run across Manhattan to another, which McAdams’ Becky ultimately does, although the competitors for her attention are professional rather than personal.

The only love Morning Glory truly cares about is the passionate but sexless one between a woman and her work. As new executive producer of a failing morning show, Becky swiftly proves her worth by firing a pervy male co-host and replacing him with Mike Pomeroy (Harrison Ford). Soon, the film’s major conflict is set: “The world has been debating news vs. entertainment for years, and guess what? You lost!” Becky chides former war correspondent Mike. McAdams is mostly a perky and patient pitcher, setting Ford up for all the best lines.

Glory‘s central nonprofessional romance, between Becky and hunky Adam (Patrick Wilson), is cursory and unconvincing. That there’s no sexual charge between McAdams and Wilson might be a chemical problem between the actors, but it could also be intentional: Work is what turns on Morning Glory‘s most charismatic characters, to the point that outside relationships seem dull in comparison.