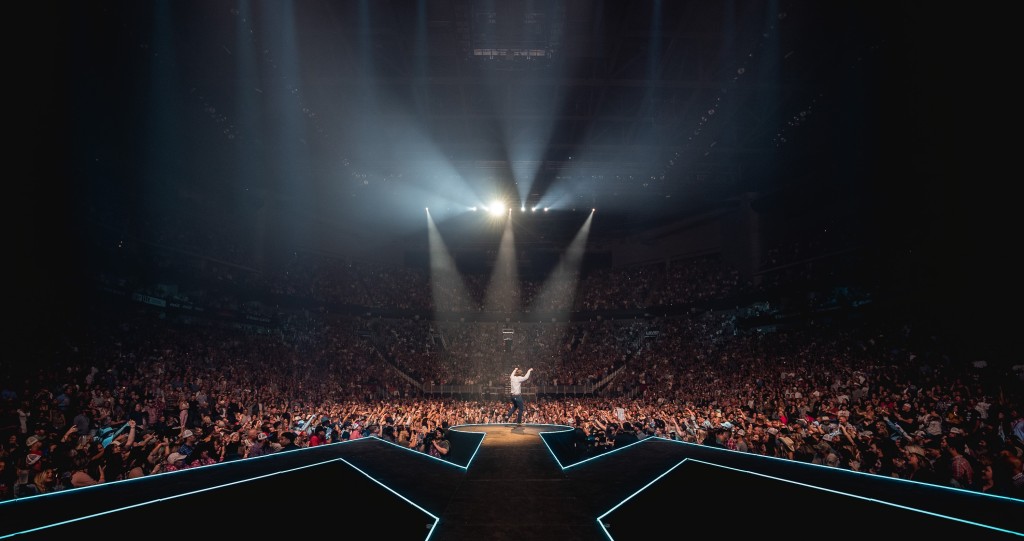 Music fans have been loud and clear about their distaste for country star Morgan Wallen.

Despite all four of his first album’s singles having gone platinum, most Americans were unfamiliar with the Sneedville, Tennessee-born singer-songwriter until he made headlines in February 2021 after he was filmed using the N-word with a friend in his driveway after a night out partying.

This controversial moment led to Dangerous, his double album released just one month prior, being temporarily pulled from radio and playlists, and his invitations to various award shows and performances being rescinded.

Following his public apologies and charitable donations to groups including the Black Music Action Coalition and the National Museum of African American Music, Wallen kept things fairly quiet until earlier this year when new singles from Dangerous hit the radio, new collaborative tracks with Lil Durk and his Big Loud label mate Ernest were released, and the tour was announced.

After the dust settled, Dangerous was still one of the best-selling albums of 2021 and has now spent 54 weeks on top of Billboard’s Country Albums chart—the chart’s longest streak ever.

While some were upset to see Wallen emerge from the scandal largely unscathed—Dangerous even saw a bump after last February’s incident—his fan base in Kansas City sold out the T-Mobile Center and greeted him with open arms on Saturday night.

“Broadway Girls,” Wallen’s song with Chicago rapper Lil Durk, boomed over the PA before the lights went out. A platform holding Wallen at a piano rose to meet the end of the W-shaped catwalk, opposite the M-shaped stage behind him.

Without a word, he launched into “Sand in My Boots”—a Dangerous ballad that details a love interest who ghosted him following a brief beachside romance. Though Wallen isn’t credited as one of the song’s writers, his performance is no less gut-wrenching. 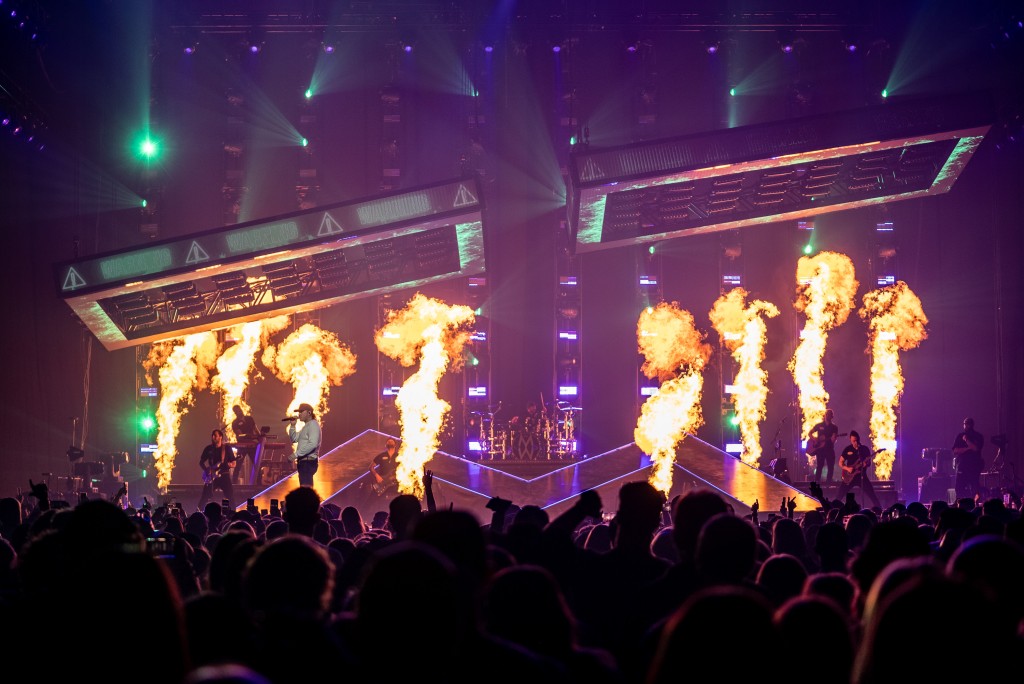 In a move that would have resulted in whiplash for most other country performers, Wallen flipped straight from heartbreak to party mode, launching into “Somethin’ Country,” complete with beer commercial guitar riffing, a speedy hip-hop inspired vocal cadence, and plenty of pyro. This is peak football tailgate and county fair vibes.

Wallen would occasionally pump his fist and holler off mic as he completed a hook, letting his unruly, trademark mullet bounce.

Wallen’s flexibility continued to surface for the rest of the evening. Though it’s unlikely he will ever reach Drake status, it’s hard not to think of the Canadian rapper-singer when observing Wallen.

Wallen incorporates traditional country-pop aesthetics, a new strain that some call “boyfriend country” (soft, safe, relatable country pop you can bring home to meet your parents), gruff Southern rock, and the occasional hip-hop crossover. Beyond carrying the unfortunate backing of some out-and-out racists, the playbook that Wallen had already been following leads to massive mainstream success. 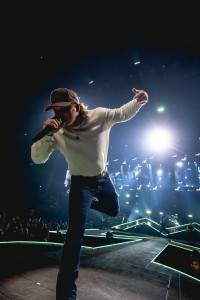 As the general public has come to find out, Wallen is not that eloquent of a speaker (to put it lightly), and this was apparent between songs. “Somebody’s Problem” was preceded by an anecdote explaining the song’s inspiration. Instead of a witty line or two about seeing a pretty girl at a stoplight, Wallen rambled on for a few minutes.

Like most shows, there was a lull or two where songs didn’t land to massive applause, but there weren’t any particularly offensive moments.

Aside from the hits (his encore closer and throwback single “Whiskey Glasses” seemed to receive the night’s biggest sing-along), a couple of moments were more interesting than others.

Jason Isbell joined critics in voicing their disgust after Wallen’s racial slur moment, declaring that he would be donating royalties from Wallen’s cover of his song “Cover Me Up” to the NAACP. Watching the arena light up with cell phone flashlights for Wallen’s rendition of the song provided food for thought.

“Don’t Think Jesus,” is the first solo single Wallen has released since Dangerous. The song came late in the main set, so a portion of the crowd’s excited energy was gone, leaving them to soak in the heartfelt acoustic number about faith and forgiveness. The family sitting in front of me wrapped their arms over each other’s shoulders for its duration. 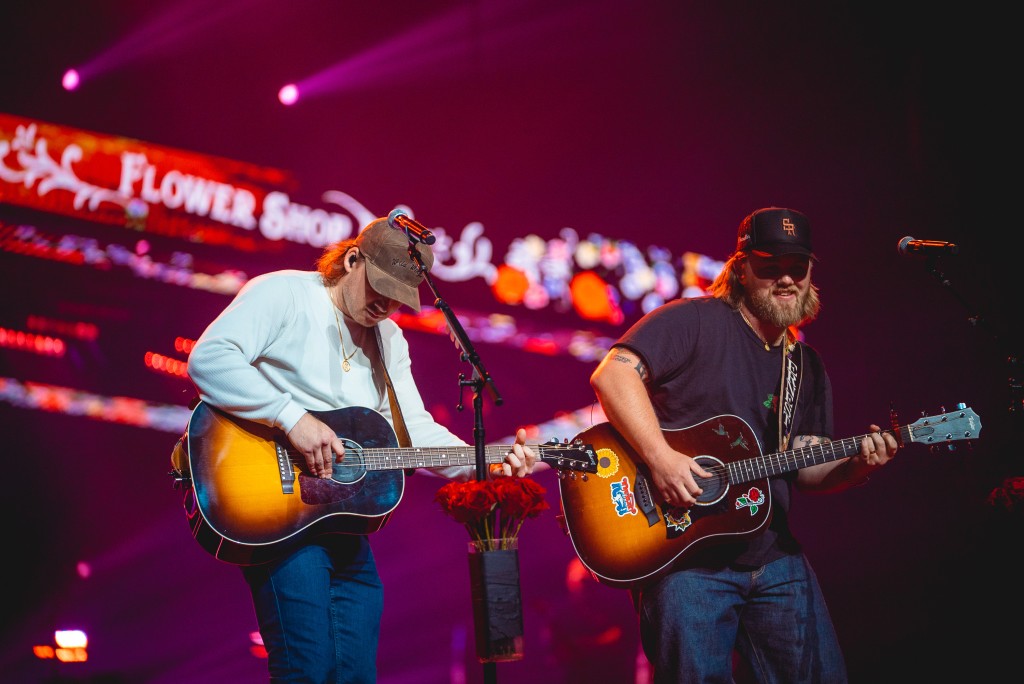 Wallen also brought his two opening acts, Ernest and Larry Fleet, back on stage during his set to perform each of their most popular songs. Ernest’s “Flower Shops” was given an acoustic treatment, and though the audience heard the full band version just an hour prior, the achy breakup song brought down the house a second time.