More than just paint on a surface 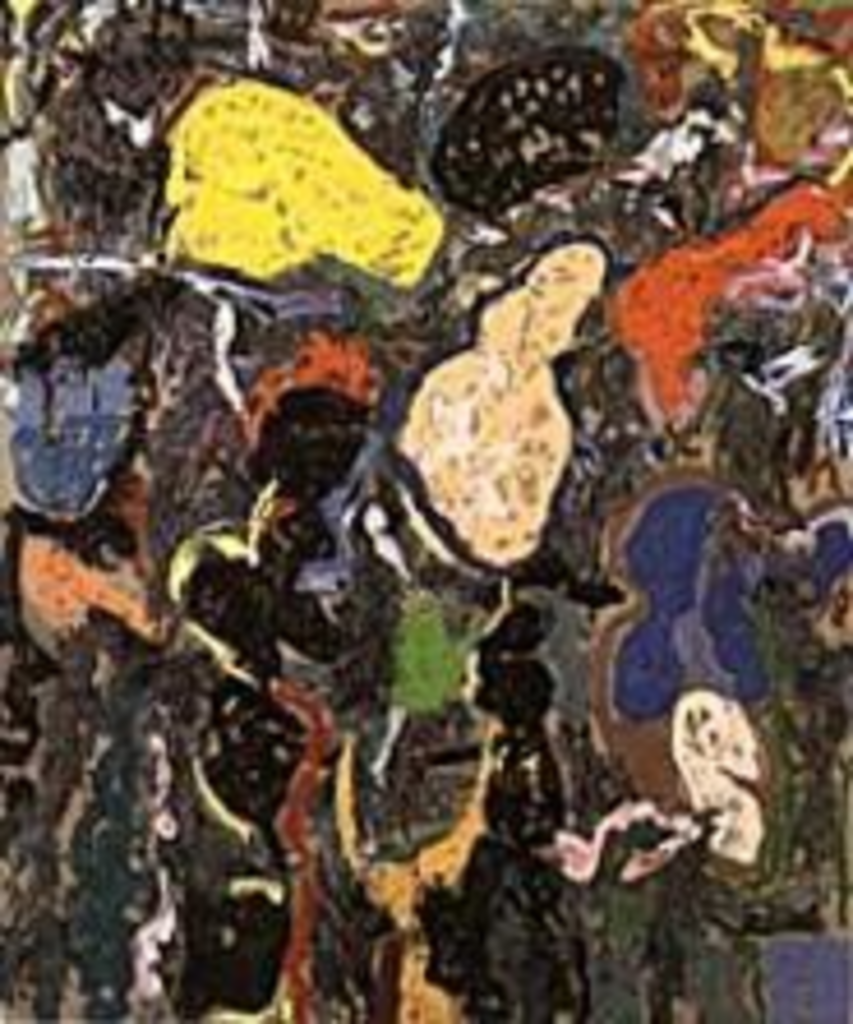 Baking bread is a joy. Combining the ingredients, balancing the careful science of yeast, and waiting for the outcome are each reason enough to devote an afternoon to such a simple task. Yet those pleasures do not compare with the physicality of kneading and punching the dough, adding flour with your hands, and feeling it all push and give under the force of your upper body. Such is the presence of Judith Sanazaro’s paintings currently on view at Joseph Nease Gallery. Each painting is visually fun, but it is in the production where the inner eye is immediately swayed.

The large-scale paintings that compose the exhibit, prima facie (Latin for “on first appearance”), are colorful, yes, but also dense and energetic. Sanazaro, an advanced painting instructor at the Kansas City Art Institute, applies oil paint on bare linen with her hands. Most of the color appears fresh from the tube, and little mixing is evident. She also applies what she calls “sludge” — paint scraped from other paintings, then stored in a can for later use — and judging from the lengths of the swipes and the movement of the surfaces, plenty of sweat and energy.

These paintings are an example of abstract expressionism, a movement championed by influential art critic Clement Greenberg, who felt that the best art focused on its own formal properties rather than on its subject. Sanazaro takes physical entities — paint and linen — and combines them with her own physicality — movement and energy — to produce the works. No premeditated image comes forth, nor do any illusions attempt to fool the viewer. Her approach feels wholly honest in a certain way. You want paint on a surface? Here, have it then.

Of course, few working artists today leave us languishing in such Greenbergian theory. Sanazaro’s artist’s statement (although obtuse, requiring careful re-reading) helps lead the viewer to deeper revelation: “This work continues my investigation (but with a pop-oriented twist) of physicality of surface as a displacement of the body, suppressed by modernism as too ‘feminine’ in favor of ‘pure’ opticality, supposedly the reflection of an ideal, sublimated state of mind.” In other words, Sanazaro’s paintings are not solely paintings, as critic Clement Greenberg would lead one to hope for, but rather a displacement of her own body onto the linen.

She then anthropomorphizes the intent of the sludge. “This substance absorbs the emotion of the creative process and desublimates it. As ‘canned angst’ it allows me a measure of distance in placement of paint.” Clearly, she is not an artist who is purely examining the physical aspects of paint and surface. By absorbing emotion, whether she believes this on a literal or a metaphorical level, the paint has a deeper essence with which it must communicate.

But these paintings are, to get down to it, abstract, and as such their meanings become tenuous, open, delicate. “Space Invaders” is a large, dense array of blacks, yellows, blues, and sludge squishing in and around each color and retaining Sanazaro’s finger trails. Given a moment and the openness to relate seen images, much like staring at the clouds, one may be able to point out obscure images: a brain, perhaps, or a mass of cells. Or a Shmoo. This is not to trivialize the intent; Sanazaro does state that the “growing forms … refer to popular culture, science fiction, contemporary pop surrealism, flora, etc., and negotiate the meaning of the paintings.” So to see a wily Cappian Shmoo (and its symbolic baggage, sexual and otherwise) cannot diminish the integrity of the work. This is the power and the joy of deciphering abstraction.

“Nerve Rack” seems more literal in intent. Blacks, blues, and yellows are pierced with a red, veiny spine that slithers up from the bottom of the image, segmented with crude vertebrae. The spine halts at a ball-like form, from which red bolts crackle out into the darker hues. To say that this painting is energetic would be a dull understatement; it is electric in its tension and activity. It is impossible to consider the art and not picture the artist aggressively slaving over each piece, and in this Sanazaro is successful in displacing the body’s movements onto the painting’s surface.

Sanazaro’s paintings are lush and tactile but not impenetrable. The linen is always easy to see, and the paint is not so thick and overwhelming as to be suffocating. Close attention should be paid to the shadows the paintings cast; these add another layer of dimension and at times reassert the physicality of the paint. The physical pleasure of painting is sometimes forgotten these days. Despite theory and intent, it is nice to see an artist take great joy in coming into full contact with her medium.