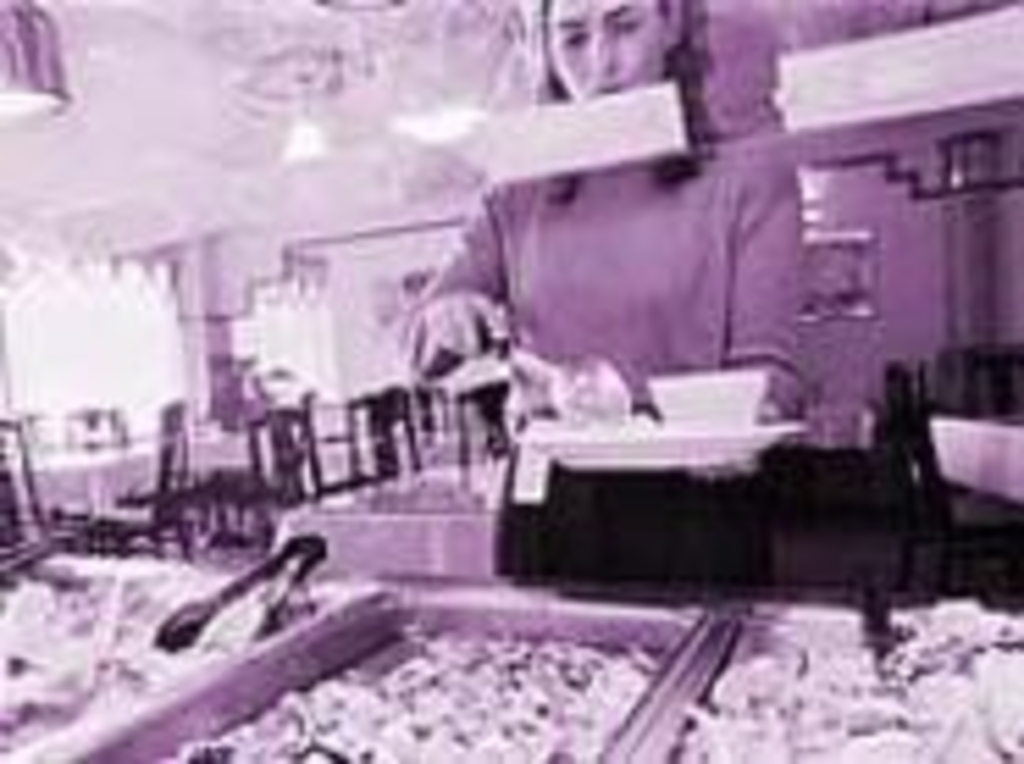 The bar for Indian food in Kansas City has been placed pretty high. Restaurants like India Palace and Bombay Cafe (which share an owner) serve outstanding Indian fare, and newcomers to the genre must work hard to compete. Ruchi (11168 Antioch Road) distinguishes itself by offering a range of Indian dishes Kansas Citians haven’t seen on the menus of other Indian restaurants. It purports to be the only restaurant in the metro serving authentic dishes from both north and south India.

One night, I found myself eating at Ruchi with a young woman who had never before tried the cuisine. Indian food can be rather overwhelming to a newcomer. It is a misconception that all Indian food is based on curry, although curry does find its way into a number of dishes. Curry itself is not a spice. Rather, it is a blend of up to 20 herbs and spices that might include cardamom, chilies, cinnamon, cloves, cumin, mace, nutmeg, saffron, and turmeric, among others. The turmeric gives curry its yellow color. With or without curry, Indian food generally involves pronounced flavors that are anything but subtle.

Some people who eat sushi go for the shrimp or the California rolls, not quite willing to indulge in eel or anything else that sounds frightening. In such a manner I attempted to bring my friend into the Indian fold slowly. We started with the Mixed Vegetable Pakora ($4.50), a fried assortment of vegetables coated with a special lentil batter. It was fine, though the coating on the vegetables might have been more flavorful. We dipped the vegetables in three different sauces: a basic mint sauce, a tomato chutney, and a coconut chutney. All were satisfactory, though I preferred the tomato chutney. We enjoyed the Papadum ($1.50), essentially similar to tortilla chips in texture and appearance, made once again with lentil.

A solid dinner option that allowed the newcomer to Indian cuisine to sample a bit was the Tandoori Mixed Grill ($11.95). A tandoor oven is made of clay and cooks at a very high temperature. Ruchi also incorporates mesquite charcoal into the cooking process, which adds another dimension of flavor to the meat, chicken, and shrimp that has been marinated in a spicy sauce before it is cooked in the oven. The mixed grill includes lamb, chicken, and some intensely flavored shrimp. The tandoor oven does wonders for nearly all meat and seafood, and tandoori is generally well complemented with a yogurt sauce to take the edge off. We also shared an order of Butter Chicken ($8.95), an outstanding dish of chicken pieces cooked in a tremendous butter sauce with tomato and numerous other spices and flavorings. It was the best dish we tried. I found myself dipping Nan ($1.50), a traditional Indian bread baked in a tandoor oven, and just about anything else I could find into the rich butter sauce.

Another way to sample a variety of dishes is to opt for the complete Thali dinner, which includes soup, Nan or Poori (the latter of which is essentially deep-fried bread), a variety of chutneys, and dessert. The complete dinner generally adds a $3 upcharge to the price of an a la carte entree.

Incidentally, servers are attentive and courteous at Ruchi, if not overly enthusiastic. A waitress asked us if we were ready to order 30 seconds after we sat down. (I was surveying the menu for entrees suitable for an Indian fare first-timer and had barely made my way through the appetizers.) Indian food is loaded with sodium, and servers kept our water glasses filled. Most of the Ruchi servers seem almost to appreciate that some diners are extending themselves by immersing themselves into Indian cuisine, and they are especially accommodating.

Another visit was for the buffet lunch, and I dined with a more seasoned Indian food aficionado. The buffet was marked with the same outstanding Butter Chicken I had tried earlier from the dinner menu. There were, unfortunately, some bones in the buffet platter of Butter Chicken. Still, the dish was laced with the same sauce that made the dinner version of the dish memorable. We were once again sopping the sauce up with Papadum and Nan and using soup spoons to take in the rest. The buffet included Tandoori Chicken ($7.95), which had the same smoky flavor as the chicken served with the mixed grill; Onion Pakora ($2.95), which had too much batter and not quite enough flavor; and a variety of other dishes. Dahl Curry featured a blend of lentil and spinach that could have used a bit more kick. Aloo Palak ($7.95) was composed primarily of spinach and potatoes and was well seasoned. Chicken Biryani ($9.95) consisted of basmati rice with chicken pieces. The chicken was subtly flavored and frankly not quite on par with the Tandoori Chicken.

Indian food has become quite popular in Kansas City, and Ruchi is on its way to becoming part of the tradition.