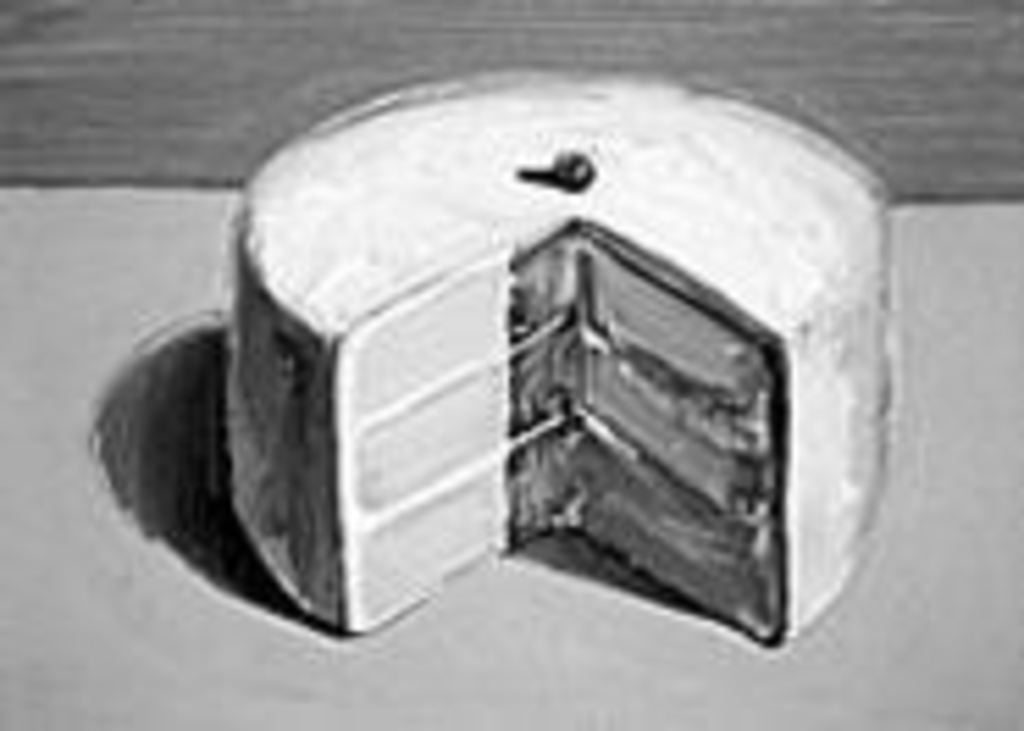 Wayne Thiebaud is the guy who paints cakes. He paints more than cakes, but that’s how everyone knows him. And his cakes look good.

Thiebaud is not — as we suspected he might be — a fat man. From the pictures we’ve seen, he’s average weight. So we investigated his affection for cakes and realized that his is not a confectionery sort of love. It’s about geometry: circles divided into triangles painted in bright, saturated color. Thiebaud loves certain desserts the way a more abstract painter loves certain shapes.

Kemper Museum Curator Dana Self, who has wanted to show Thiebaud’s work for a long time, is excited about the museum’s Fifty Years of Painting retrospective because it gives a view of Thiebaud that’s different from what people are used to seeing. The works on display beginning this Friday come mostly from Thiebaud’s own collection; they’re the paintings he puts on his own walls.

Of the paintings that Self chose for this exhibit, she’s most intrigued by a row of stuffed animals (she admits she has a soft spot for stuffed animals) and a rack of shoes. They’re like rows of cakes and pies in a deli case. “It’s about presentation, that ability to present many things at once,” she says.

We, however, are still enamored of cake. Thiebaud’s sweets are seductive because of their stillness. You can count on them. There are no motion lines. Neither hands nor forks nor knives nor mouths can be seen. Nobody will take this cake. It’s cake that will wait, eternally. And yet, as the price tags indicate, a slice can be yours for about 89 cents.

In a world where food has all but replaced sex as fodder for fantasy — where even Toby on The West Wing uses pie to escape his White House woes — what could be better than cake that waits forever?

Maybe only ice cream that won’t melt. Thiebaud has that, too.