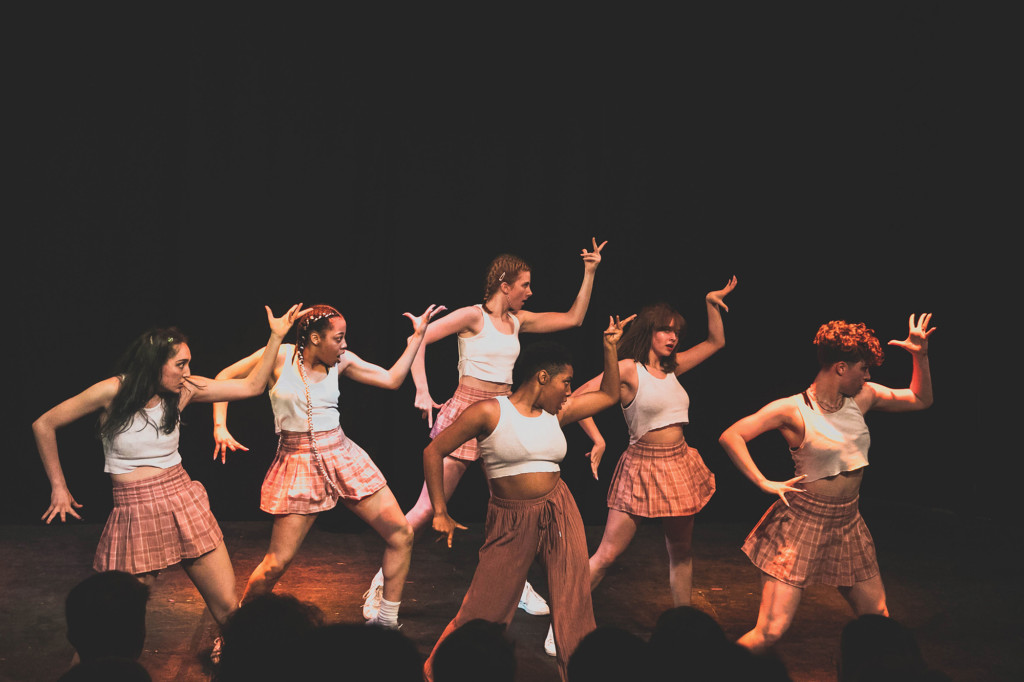 After moving from St. Louis to Kansas City a year and a half ago, dancer Jordan Kaya began to notice a divide in the local dance community.

There are those who work in concert styles (formal stage and theater, typically) and commercial styles (music videos, television). That’s where the jobs are. But then there’s the street style types, who tend to perform in less classical setting, like parks, parties, and, yes, streets.

The two groups are quick to critique one another, Kaya says. But she feels it’s all rooted in a lack of understanding, and she craved a space where all dance styles were welcomed and respected. So she recently launched Paradox, a monthly event for local and traveling choreographers to present their work.

“I just wanted to create a showcase that was based on art and perspective first,” Kaya says, “and then dance second. I see companies and choreographers [in Kansas City] never reinventing themselves because they’re being rewarded for doing the same thing over and over. I never want my audience to suspect what they’ll see from Paradox. I just want the unexpected.” ”

The first, sold-out showcase took place June 22 at Fishtank Theatre in the West Bottoms. Audience members squeezed in next to one another on folding chairs atop risers, and the garage doors on both sides of the theater stayed open until just moments before the show, in an attempt to fight the humid air. The evening included seven pieces — three soloists and four group pieces — with many dancers participating in multiple numbers. Some choreographers were local, while others were visiting from Los Angeles, St. Louis, and Albuquerque.

Mariyah Hawkins, a 16-year-old dancer living in Albuquerque, made her choreography debut that night. Hawkins met Kaya through their involvement with Tiger Style! Crew, a professional performance company based in Kansas City with mentors in other cities, like Albuquerque and St. Louis. She choreographed a first draft of her piece in Albuquerque and then rehearsed with dancers in Kansas City in the week leading up to the show.

“I was more scared to present my work during rehearsal week [than] show day,” Hawkins recalls. “I knew the environment would be somewhat intimate and very safe, but my expectations were largely exceeded.”

Kaya says her experience organizing Paradox, as well as her involvement in Tiger Style! Crew and teaching open classes at Empire Dance Academy, has reinforced for her the importance of collaboration to creativity.

“It’s so satisfying to be in a group with people that are like-minded and pushing just whatever they want. I think without that and without all of them, I would’ve never been like, ‘OK, yeah, let’s do a whole fucking showcase,’” she says, with a laugh.

Paradox also invites a fair amount of audience participation. As the June showcase got underway, host and poet Rye Lanae Boothe asked the crowd to respond to each number by clapping, stomping their feet, or cheering when they felt moved. The crowd didn’t shy away from the request — nor did the dancers waiting in the wings.

“[I]t’s always nerve-wracking telling an audience to respond to your dancers,” Kaya says.

“Because either you’re going to get people that heckle, which happens sometimes, or you get people that are scared to make noise. But it was perfect … It wasn’t an audience that was just, ‘Oh my daughter is dancing,’ recital sort of vibe. It felt like people were honestly sharing. It was very much — it felt like an event.”