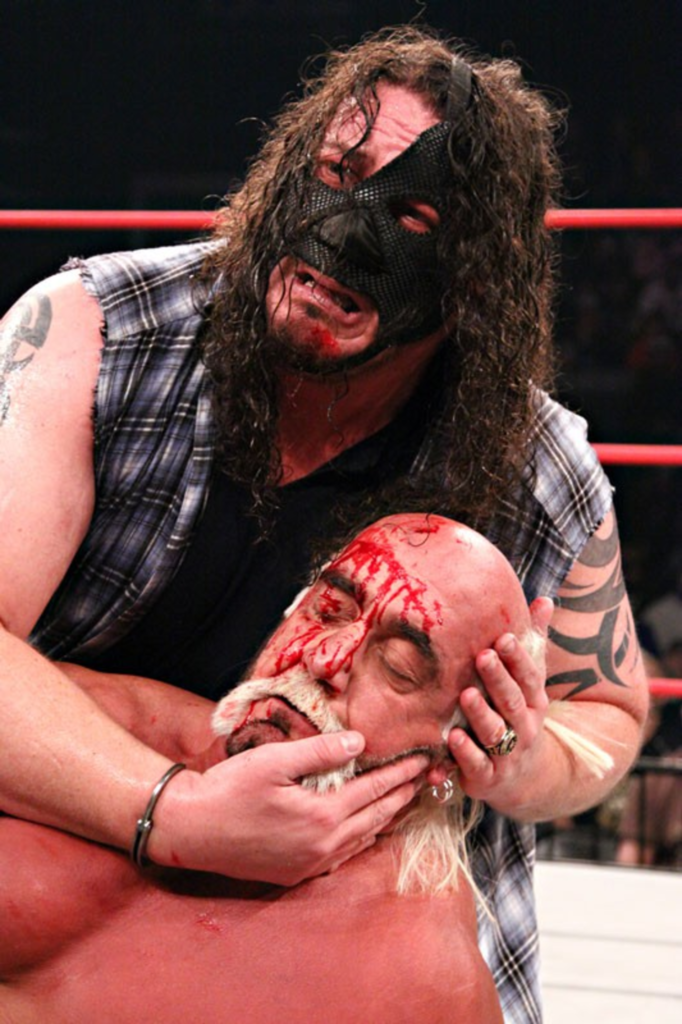 Legendary wrestler Hulk Hogan hobbles to the wrestling ring these days, but he’s declared war on the promotion that made him famous, World Wrestling Entertainment. Monday nights will again be the battleground with Hogan and the fledgling Total Nonstop Action Wrestling taking on WWE.

Before the battle begins, tickets go on sale Friday at 10 a.m. for TNA’s first live event at the new Independence Events Center, scheduled for April 16.

Despite the fu-manchued Hulkster appearing on the ticket page, he’s not advertised for the show. Advertised to appear are Hogan’s protege Abyss, Jeff Jarrett, “The Pope” D’Angelo Dinero,  Mr. Anderson, Rhino and the Beautiful People. A lot of big stars are missing from the list, including Ric Flair, Kurt Angle, A.J. Styles, Samoa Joe, Sting and Kevin Nash.

Nevertheless, I’ll be interested to see how pro wrestling goes over in the new building.