Monica Dixon’s Temenos puts a movement — lots of movement — in motion, but don’t call it dance 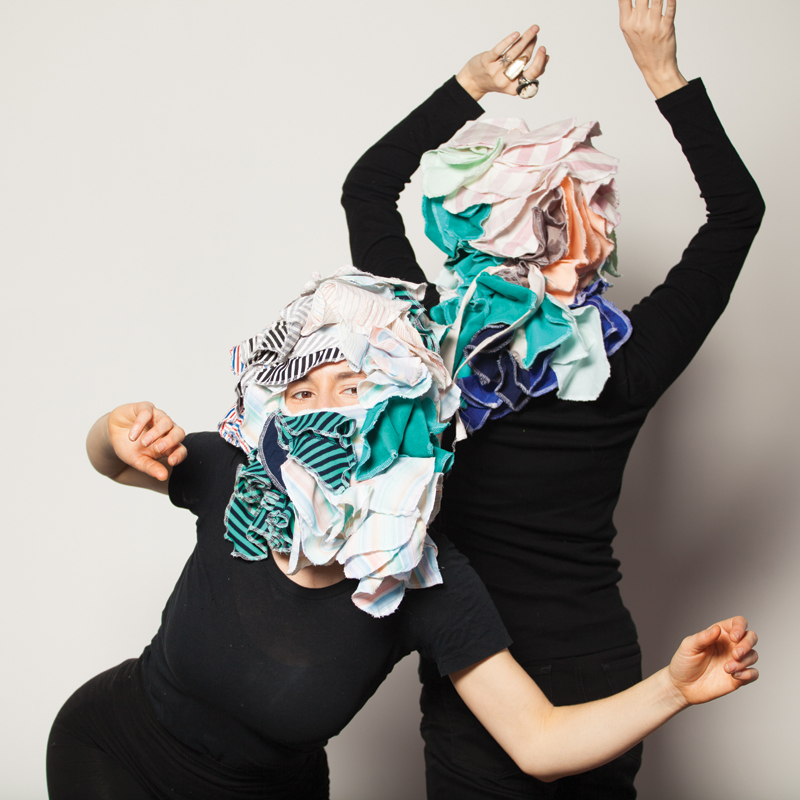 In the dance studio at the Charlotte Street studio residency space, in downtown’s Town Pavilion building, Monica Dixon looked down at a row of colorful, handmade masks that spanned the length of the stage. There were 26, each sewn from a variety of clothing scraps and synthetic materials resembling feathers, scales or flower petals.

“Now that I think about it, these have really ruled my life,” she said of the masks, which she started making toward the end of 2016.

Two hours later, the room had filled with people, each of them wearing one of the masks while leaping, slithering or dancing around the stage. Dixon, also in a mask, moved among the dozen or so participants, calling out instructions and encouragement over a playlist of dance, electronic and international music.

The evening took on the form of a yoga class, with a quiet introduction, guided instructions for movement and a shavasana-like repose, during which attention was called to individual parts of the body. Visually, however, it resembled a hybrid of pantomime, dance party and clandestine mascot-training session — equal parts ceremony and silliness. As the sky darkened outside and the city lights snapped to life, someone hovering outside the studio’s sixth-floor windows would have enjoyed an arresting scene: silhouettes unabashedly hopping, twisting and crawling around the room.

This was Temenos, a monthly event that Dixon began earlier this year as an extension of her artistic, yoga and dance practices. The 28-year-old West Plains, Missouri, native — a 2011 graduate of the Kansas City Art Institute — regularly leads meditation and healing dance workshops at art spaces, youth centers and women’s shelters. She sensed, she says, a need for an environment free of the cultural baggage associated with the D word.

“Dance is often thought of as something you do when you get drunk, something almost vulgar,” Dixon says. “Or else it’s thought of as a performative thing. When you say the word ‘dance,’ people start asking about choreography or audience, things that really don’t have a place in Temenos.”

Instead, Dixon prefers the term “creative movement,” a description meant to encourage exploration, expression and experimentation. “I’m hoping that people can enter a mental space with other people where they are able to move in a way that might not look as cool as it feels.”

Temenos — adapted from an ancient Greek term for sacred space in a profane environment — arose from Dixon’s interest in ritual, a curiosity she says flowered while she studied in Europe and traveled alone through India. “I realized how ritual played a much more integral role in the structure, time and practices of other cultures, and I became more aware of the need for ritual in my own life, how that can have either a positive or a negative effect,” she says. “America is, relatively, such a young and diverse country that we don’t have as many rituals, aside from the 24-hour clock.”

Integral to the Temenos ritual are the masks, which evolved from Dixon’s studio practice of working with found materials, thrift-store fabrics and clothing from friends — “all things that have a past related to the human body,” she points out. The masks use color and fabric to alter a person’s perception of themselves, their environment and how they interact with it, she says.

While some friends and fellow artists have told Dixon that they view the masks as references to, say, the hijabs worn by Muslim women or the festival attire of other cultures, she says they’re actually based on ski or ninja masks. The idea is to allow fluid movement without risking injury. 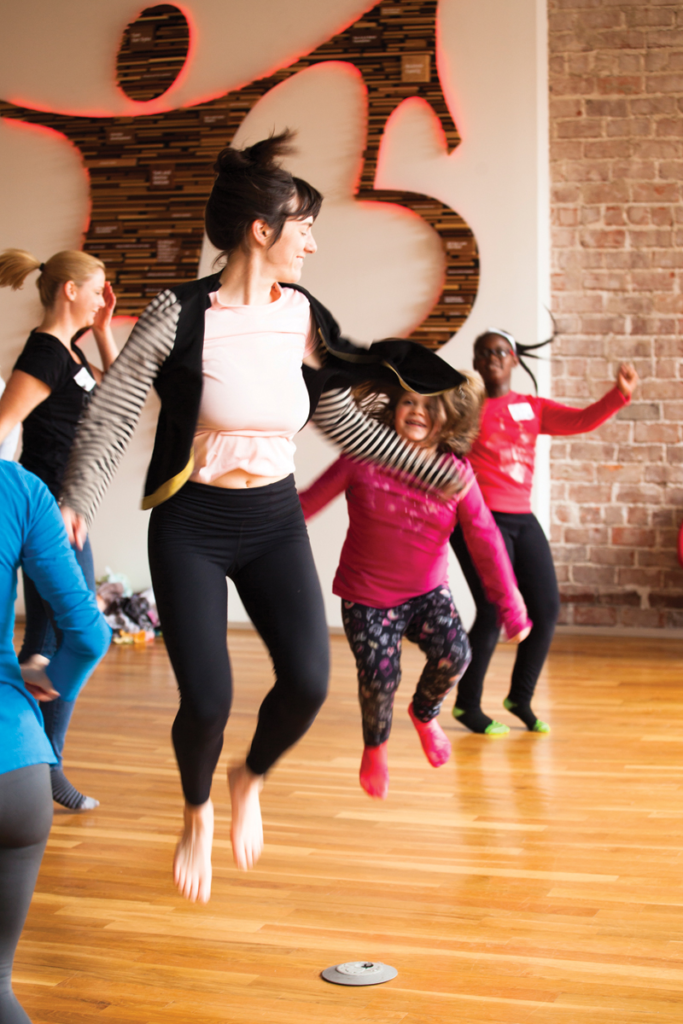 Not everybody is ready to be a dance ninja, though. At a recent event Dixon led at Big Brothers Big Sisters of Kansas City, the young participants showed little interest in the masks, regarding them as unnecessary, uncomfortable or simply “too hot.” Still, the young people and their adult mentors instantly took to the movement part of the program, using it as an opportunity to explore the variety of ways they could remain in motion while laughing and bonding with one another.

Though she hadn’t exactly anticipated the kids’ aversion to masks, Dixon wasn’t surprised to see everyone’s eagerness to be unstill, to reconnect with childlike unselfconsciousness.

“Temenos is a time and space set aside for people to come together and act in ways they don’t normally get to,” she says. “When you’re a child, everything is new, and it feels like everything is there for you to explore, figure out and make your own. We lose that as we get older, so my hope is that these events create a space where people can reconnect with their bodies in a way that they forgot.”

In May, Dixon’s idea of creating sacred spaces in the middle of civic life will find a more visible expression as part of the city’s Art in the Loop Foundation, which recently awarded her a grant to transform a park in the City Market. The park’s trees will be spanned with canvases made from recycled materials, creating a colorful, tentlike environment. (Her tentative title: “Cloud Canopy.”) Over the summer, Dixon plans to host a series of public events and meditation sessions in the space, just a stone’s throw from the streetcar line. (Other events will be announced as they are scheduled on Dixon’s website.)

What all of these undertakings have in common is Dixon’s emphasis on accessibility — access to materials and to environments as well as to occasions for people to escape their everyday mindsets and bring their attention inward. At the center of that practice, Temenos remains a moveable feast, likely to pop up wherever conditions are favorable, continuing Dixon’s aim to introduce new rituals — one creative movement at a time.