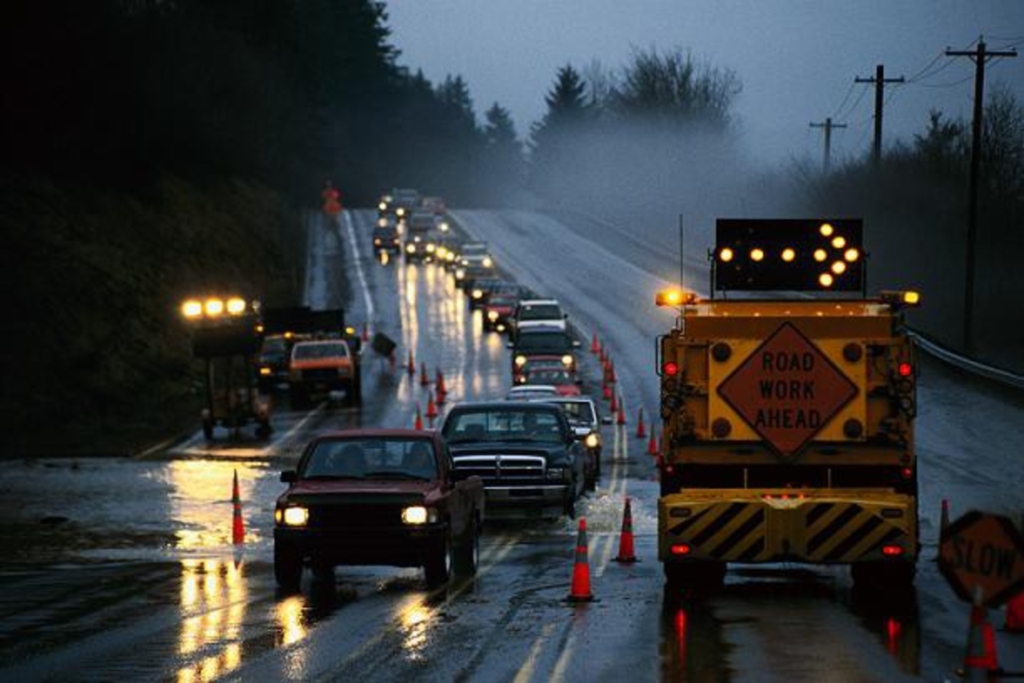 The American Recovery and Reinvestment Act (otherwise known as “the bailout,” “the stimulus plan” or “Porkulus,” depending on whom you ask) is very clear in its requirements regarding the funding of road and bridge projects. The Missouri Department of Transportation will receive $577 million of this stimulus cashola to distribute to projects, if: (1) the projects can get under way in 90 days or less, (2) they will take no more than three years to complete, (3) they create jobs and (4) they are located in economically distressed areas.

The Public Works and Economic Development Act defines an economically distressed area as one where the per capita income is 80 percent or less of the national average or the unemployment rate is at least 1 percent greater than the national average. Only 14 of Missouri’s 110 counties don’t qualify as economically distressed. Had MoDOT simply flung million-dollar darts in the direction of a Missouri-shaped dart board, odds are its plans for the stimulus money would have ended up in the right places. Mostly. Right?

Why, then, has MoDOT seen fit to dole out $199 million of its allocation — 39 percent — to places that aren’t eligible for stimulus money because they aren’t economically depressed? And if one of the stated goals of the stimulus plan is to create jobs, why has MoDOT allocated this money the same way it allocates its usual funds — 60 percent to rural areas, 40 percent to urban — when 50 percent of Missouri’s population lives in Kansas City and St. Louis?

St. Louis Mayor Francis Slay was hotter than fresh asphalt about his county’s original $58 million dollar allocation and complained to anyone who would listen, including CNN. As a result, a few more projects have been approved, raising St Louis’ allocation to $67 million. Meanwhile, Kansas City is expecting only $27,304,447 to devote to projects. Has Mayor Mark Funkhouser raised any stink with MoDOT? Or contacted it at all?

“Not to my knowledge,” says Laura Holloway, who works in MoDOT’s community relations department. She defends MoDOT’s Economic Recovery Package Projects, explaining that the rule about funding projects in economically distressed areas is “just one of a long list of regulations and requirements” that MoDOT had to consider.

Democratic U.S. Rep. Emanuel Cleaver says he’s fighting for more 5th District money. “When the initial list was released, Missouri’s 5th District was slated to received $44 million in stimulus dollars for two major projects,” he says. “Since I started complaining we are up to $69 million and five major projects. It is progress, but I think we should still be getting more and I am making that case.”

This afternoon, the Missouri Highway and Transportation Commission is expected to sign off on MoDOT’s plan. Then, Holloway says, MoDOT will start accepting bids for the work.

voted against the stimulus bill, but his district’s not-distressed

according to the draft.

Congressman Sam Graves, a Republican whose 6th District contains three counties considered too affluent for the “distressed” qualification, was “disgusted” by President Barack Obama’s economic stimulus bill. No matter: Andrew County, a not-distressed county in the 6th, is still receiving $365,000 in road work, according to the draft plan.

Cleaver says if every state allocated its stimulus funds as MoDOT has, the intent of Obama’s entire stimulus plan could be at risk. “For all the games and pontificating on this issue on both

sides of the aisle, we all need the stimulus to work or we’ll be

staring at 10-plus-percent unemployment,” Cleaver tells The Pitch in an e-mail. “That is my

main concern. Yes, I want MoDOT to follow the law and be fair and

equitable, but more than that, the money should be spent where it is