Last night’s Modest Mouse/Brand New show was sure to be a legitimate double-header in terms of time, and it was a great relief to head to Bonner Springs on an unseasonably cool 72-degree night. The comfortable surroundings and high energy — as well as the realized sense that Brand New’s run is nearing its end — kept the audience focused and happy for the nearly four-hour span. 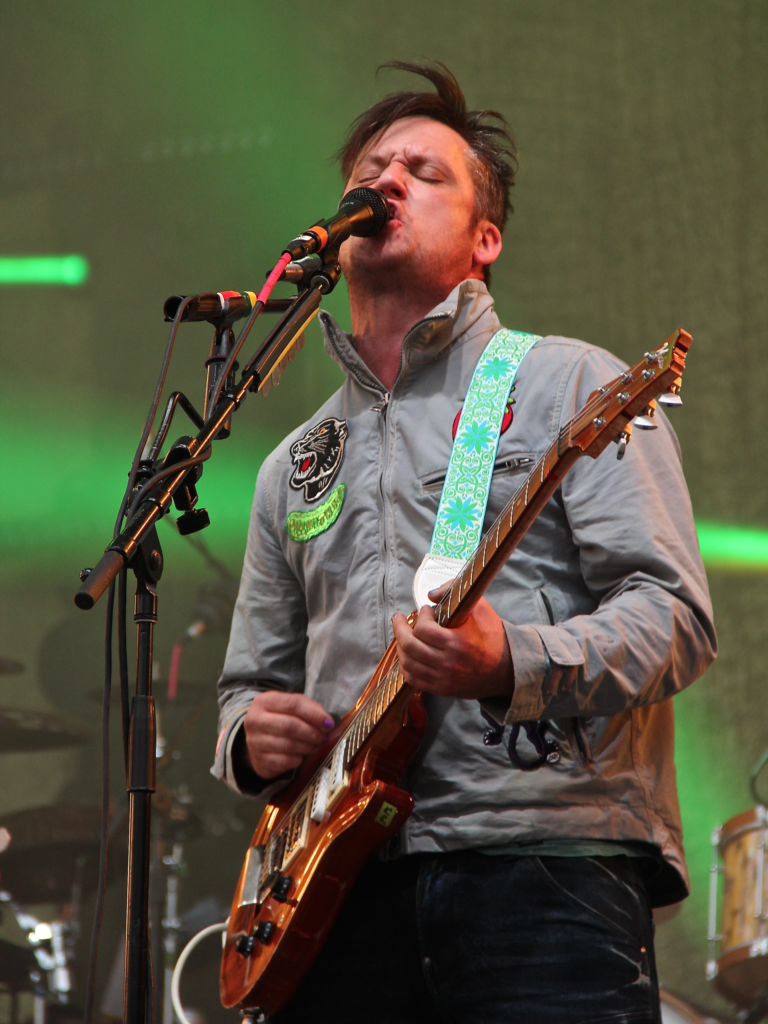 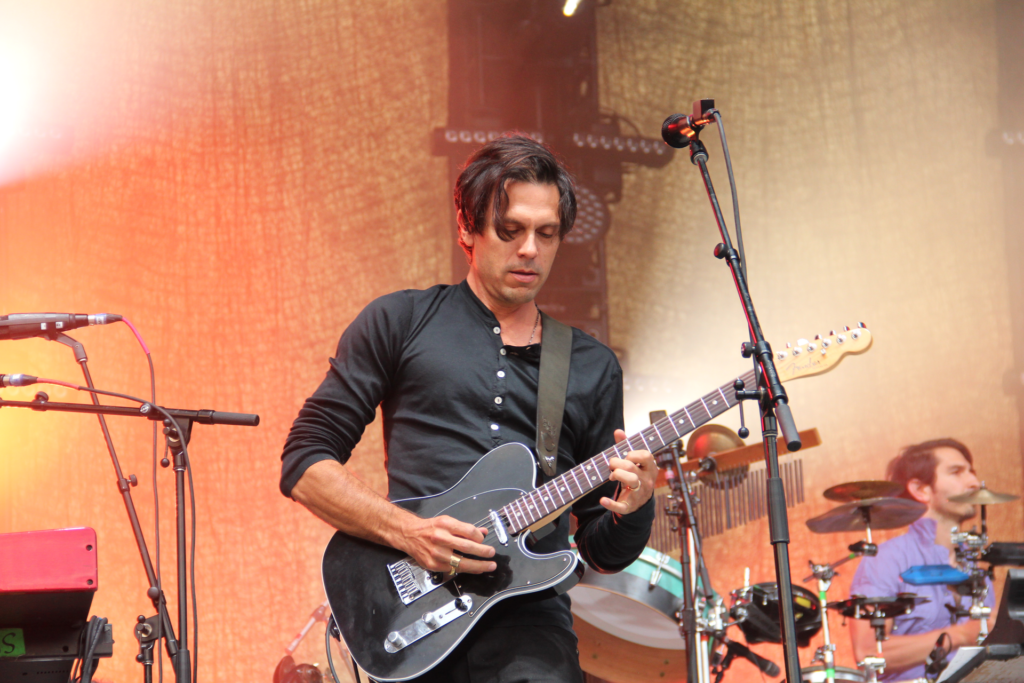 Modest Mouse arrived just after 8 p.m. to a young audience that was still filing in, buying drinks and setting up picnic blankets  on the lawn. Frontman Isaac Brock immediately seemed more relaxed and mindful in his playing than he’s been in the past few years. He threw his body into downbeats and sang with heat, sometimes barking his words and twisting his face with bends in his lyrics. The band played for an hour and a half, pulling from deep into the catalog with “Grey Ice Water” up to several songs from the band’s most recent release, 2015’s Strangers to Ourselves.

“I like this thing you have going on here,” said Brock of the puffy clouds floating over the crowd as the sun set. “I definitely have the better view.” By the time Brock and his backing band (which at points swelled to include eight people onstage) finished their set, the sky had darkened, and the audience had swelled to several thousand deep. 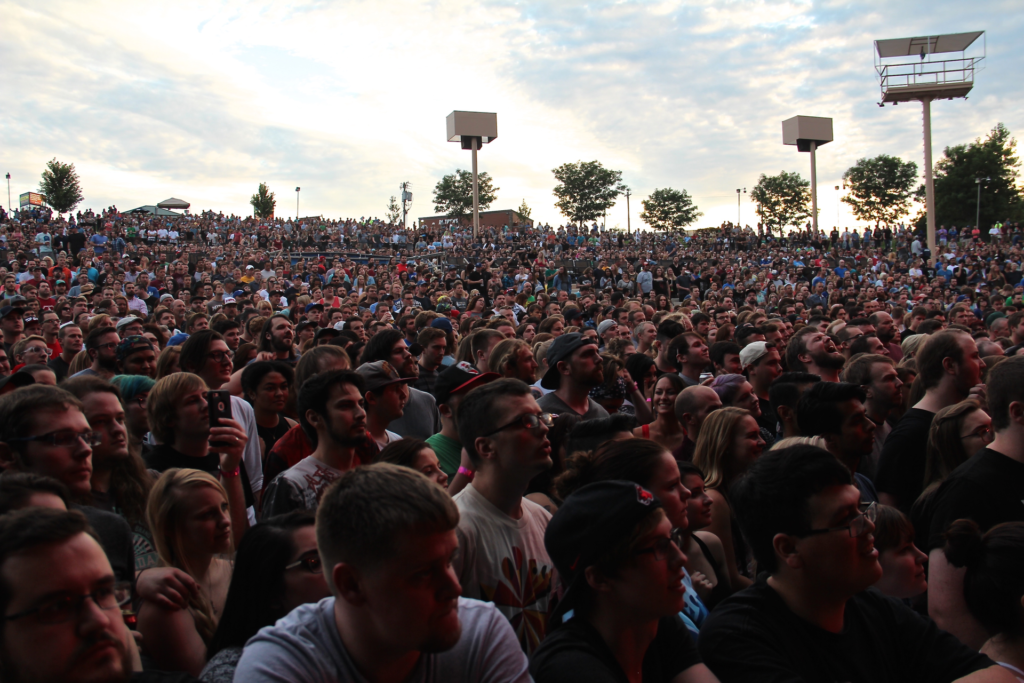 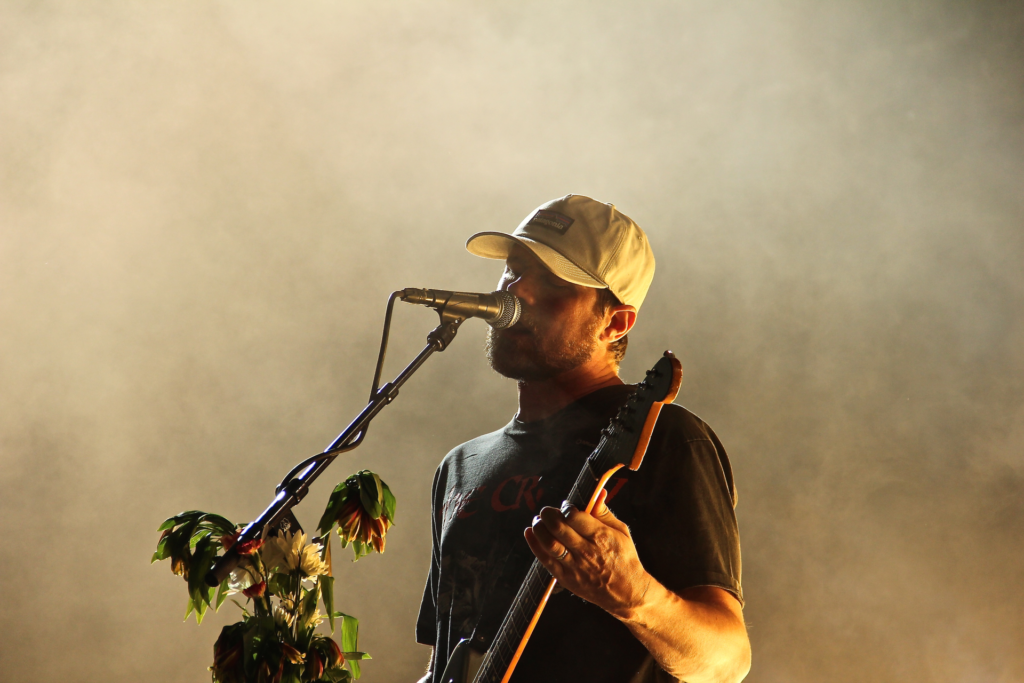 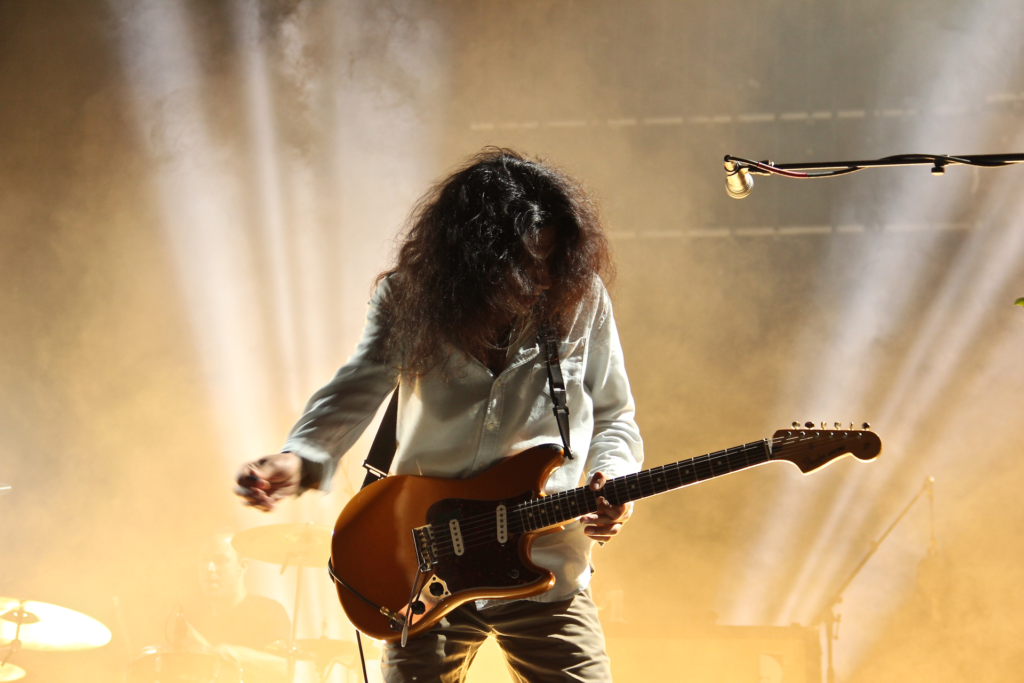 Following a 45-minute break, the audience in the pit coalesced thickly near center stage for Brand New, which burst onstage with a performance of “Sink.” The band has made clear that retirement is coming — T-shirts were available from merch stands bearing the truth: “Brand New. 2000-2018.” Brand New kept the sounds large throughout their career-spanning set, which also clocked in close to 90 minutes. The audience surged and crowd surfers cycled from the audience’s hands to security, and back into the pit. One crowd surfer, apparently seized with the show’s energy, decided to punch a security guard as he neared the stage, and got bodyslammed onto the pavement and and put into a submission hold. He was escorted out by police. (We saw him later cruising in the parking lot, OK.)

Jesse Lacey and the rest of the band, never prone to excess chatter, kept to themselves, satisfied with letting the audience’s energy buoy them through a decidedly uptempo set and four-song encore that peaked with “You Won’t Know.” I expect the band to come back through for a final victory lap for its final release, which is expected next year (with presumably, a tour to follow). For fans though, the night felt like the beginning of the end, and it was a celebration. 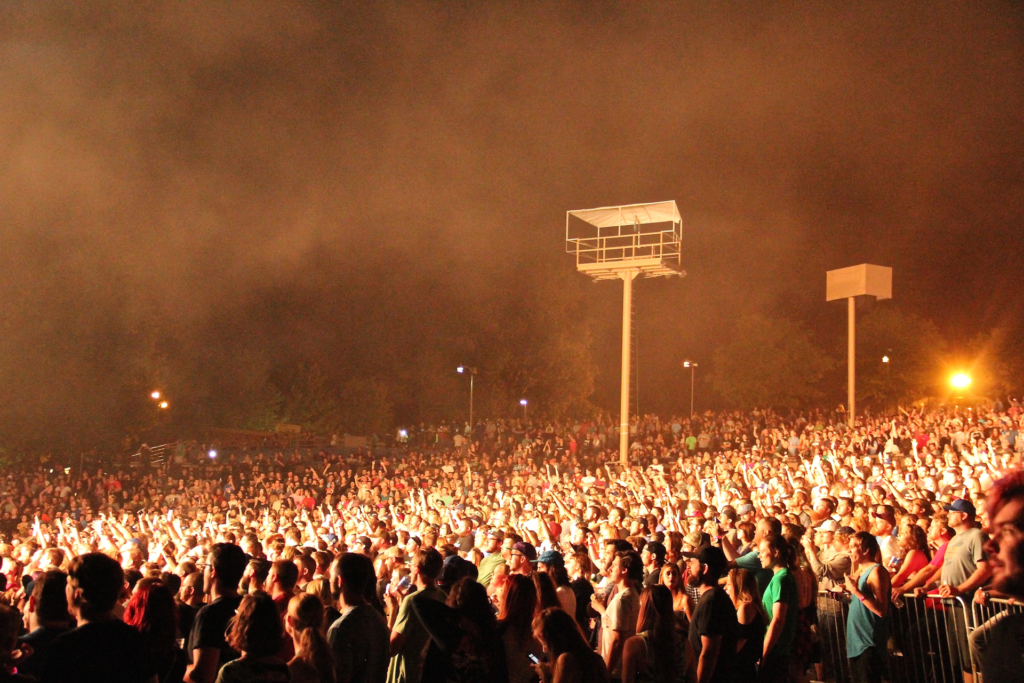 Bury Me With It

The Tortoise and the Tourist

I Came as a Rat

Night on the Sun

Satin in a Coffin

Tiny Cities Made of Ashes

The Good Times Are Killing Me

The Archers Bows Have Broken

I Will Play My Game Beneath the Spin Light

Okay I Believe You, but My Tommy Gun Don’t

The Quiet Things That No One Ever Knows

I Am a Nightmare