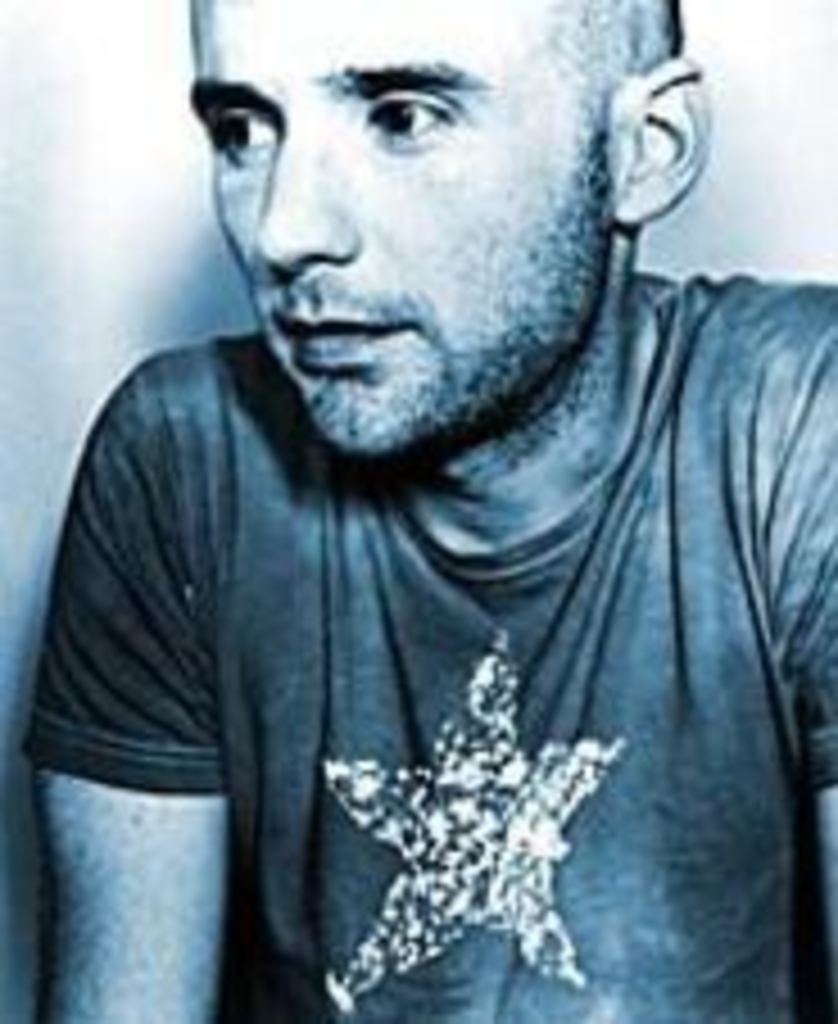 Immediately after taking the stage at the MTV Video Music Awards earlier this month, Moby plastered a “Gore/Lieberman” bumper sticker on the presenters’ podium. It was a subtle gesture, one that inspired only lukewarm applause and grabbed much less attention than Rage Against the Machine bassist Tim Commerford’s scaffolding-climbing stunt, revolutionary for reasons surely to be explained later. But it neatly summarized the techno star’s career. Here he was — decked out in a red suit, red tie, and red shirt — at the year’s most sparkling, immature monument to pop excess, and he managed to sneak politics past the bouncers.

In a similar fashion, the Christ-loving vegan introduced serious issues to the party-minded rave crowd in the form of eloquent essays that accompanied his beat-powered albums. Fans who combed his liner notes searching for sample sources instead found such quotable lines as “The Christian Right is neither.” Again, Moby makes a low-key statement, because those who don’t make a habit of perusing album artwork would hear only irresistible yet apolitical fare: pulsing grooves and dance-diva vocals, thrashy metal alternating with ambient lullabies, and, on 1999’s Grammy-nominated Play, potent breakbeats brilliantly paired with classic field recordings of African-American folk music. Moby shrugs off the term “political rock” and remains an activist on his own terms.

Now nearing the end of a 21-month world tour, Moby looks forward to starting work on a new creation. Inevitably, this album, like its predecessors, will veer sharply from Moby’s previous output and so-called experts’ expectations. When prognosticators touted electronica as grunge’s heir apparent and groups such as Prodigy started fires on the airwaves, Moby, whose singles “Go” and “Drop a Beat” were synonymous with early raves and whose Everything Is Wrong (1995) introduced underground dance sounds to the post-Lollapalooza set, seemed poised for a commercial breakthrough. Instead, in 1997 he plugged in his guitar and cranked out Animal Rights, a pretty hate machine that stunned his peaceful followers. Now that Play has achieved both commercial (platinum sales) and critical success, superstar status is Moby’s to lose. But if there’s a Metal Machine Music-type record in the works — a caustic noise record full of shrill songs that would never end up as background music on Dawson’s Creek, Judging Amy, or Veronica’s Closet, as selections from Play did — it will start, innocently enough, on the acoustic guitar.

“Making music is the only thing I know how to do, and it’s my favorite thing in the world, so when I’m on tour I pretty much always have an acoustic guitar with me,” Moby says. “I become like a bad cliché, the musician sitting in a hotel room with the acoustic guitar. I’ll flesh out the ideas later, but I develop them on the road.” Earlier in his career, his pen competed for time with his guitar, as he wrote the rants and reflections that would appear in lieu of lyrics sheets on his albums. “Whatever inspired me to write when I was younger now inspires me to write 30 or 40 e-mails a day,” he says. “So instead of writing essays for the past few years, I’ve found myself just writing lots and lots of letters.”

Though he composes his songs alone on his guitar and adds the electronic elements in solitary sessions at his home studio in New York, Moby takes a full band out with him to re-create his tunes in concert, and he often contributes to the mix by strapping on his guitar or beating on the bongos. Playing tunes from all periods of his career, he wowed a Kansas City crowd at last year’s Spirit Fest with an insanely energetic concert, but he promises that performance was, at best, a teaser.

“The thing about a strange festival like that is that all of the bands are sharing the same production,” he says. “When we play our own shows, we bring our own production, and at the risk of sounding immodest, it’s really remarkable as far as staging and lighting goes. Even if there’s someone who hates me and hates the music that I make, it’s still worth coming to the show to look at the spectacle of it.”

Although he now prefers a full-band approach, Moby performed solo sets in the early ’90s, accompanied only by keyboards, a drum machine, and a sampler. Standing alone on stage and dropping block-rocking beats, Moby’s early concerts brought to mind record-spinning exhibitions by DJs, and he says he can appreciate those artists’ approach. “The test of a good performance is how the people in the audience respond to it,” he explains. “My goal when it comes to performing is to create something on stage that I would want to see if I was in the audience, to make something that’s at times bombastic and dynamic and at other times small and intimate. If you go out to see a DJ, the whole point of the night is to dance for six hours. If you go out to see Bob Dylan with an acoustic guitar, you don’t expect crowd-surfing and moshing and stage-diving.”

If, however, you go out to see Korn or Limp Bizkit, you can expect all three, and possibly worse. Moby performed in the rave area at Woodstock ’99, presiding over an all-night party that was nonviolent, if often explicitly amorous. When looking back at the ill-fated festival, some writers have theorized that dance music’s incessant pulse dulls the aggressive instincts that new metal incites, while others claim that those who flock to hear Kid Rock et al. comprise a violence-prone group, regardless of their soundtrack. “I think it’s both,” Moby says. “Using Woodstock as an example, there was a lot of overlap, a lot of people who were hanging out at the main stage who also hung out at the dance area, where nothing got burned, there were no rapes, and there was no misogyny. Certainly, if you’re going to have a festival with Korn, Metallica, Limp Bizkit, etc., you’re going to attract a bunch of meatheads.”

But Memorial Hall should be virtually meathead-free on Wednesday night. Moby, who describes his average fan as “open-minded, very smart, and really decent,” doesn’t draw many pit bullies or cop-a-feel creeps, and for good reason. Although some tunes from Animal Rights hit as hard as anything from the Family Values tour, moshaholics would feel ludicrously out of place during cuts such as “Natural Blues,” as a disembodied voice soulfully sings, Ooh lawdy, trouble so hard/Don’t nobody know my troubles but God. Not that people in the crowd won’t be moving — they’ll just be dancing without worrying about roaming hands or a stray fist to the face. Purist ravers might have abandoned Moby after Animal Rights or labeled him a sellout for allowing his music to appear in commercials and sitcoms, but Moby’s shows come as close to achieving ravers’ utopian goals of peace, love, unity, and respect as any concert by a relatively mainstream artist could.

And he has no plans to take a break before returning to work once all the traveling comes to a temporary halt. “The moment the touring ends, I want to come home and start making my next record,” he says. “I talk to a lot of people who say, ‘Gosh, you’ve been on tour for 21 months. When the tour’s done, don’t you want to go on vacation?’ To be honest, no, I don’t. Going on vacation makes a lot of sense when you do a job that you don’t like. I work for myself, I make music, and I love it.”