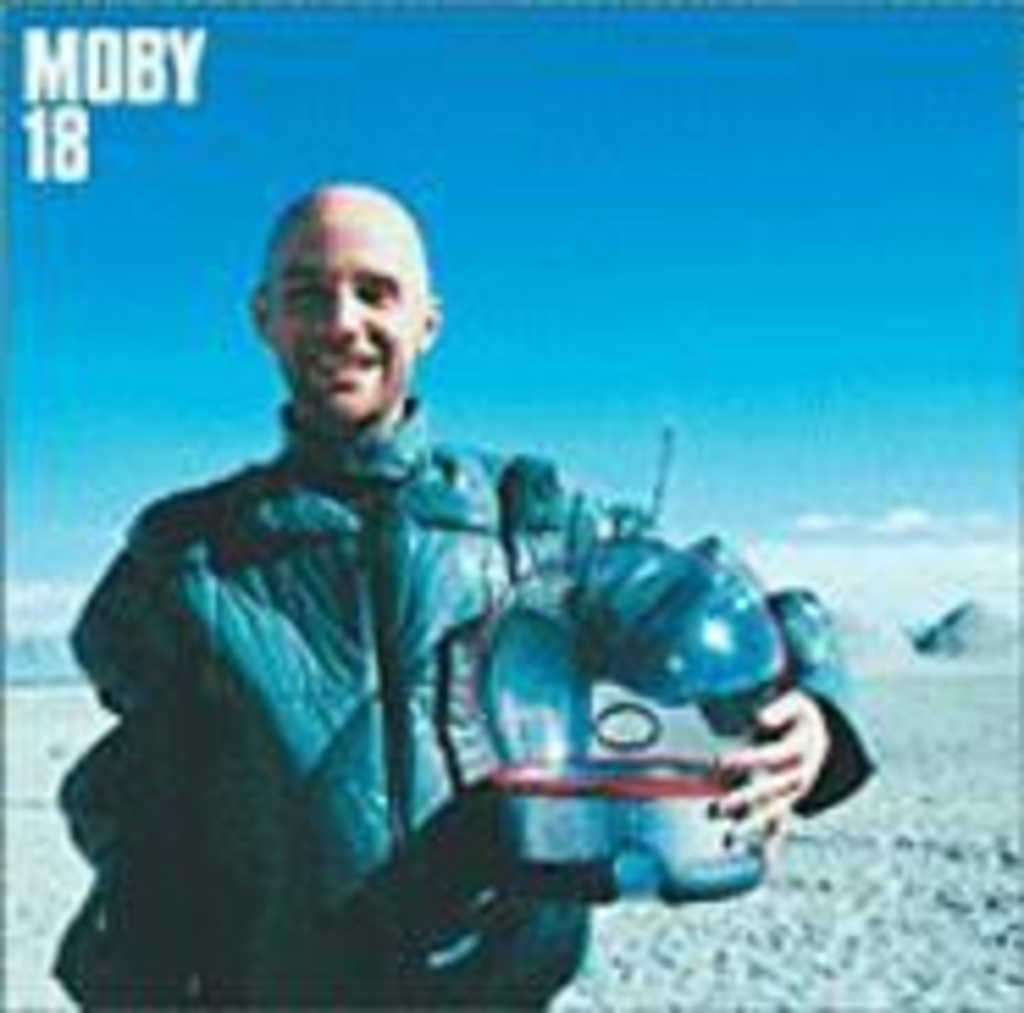 Moby had a number of options after the enormous success of 1999’s Play, none of which would have made all members of his growing legion of critics happy. Some argued he should throw the mainstream another curveball like 1996’s guitar rocker Animal Rights. After all, Play employed the crassest marketing strategy imaginable, selling every cut to advertisers. Moby is known for his vegan views and political consciousness — surely, outraged purists claim, his concessions to a mass audience make him the very definition of a sellout.

But people who cry “sellout” are often trying to hang on to exclusive relationships with their favorite artists, disguising their possessiveness by screaming about integrity. With 18, Moby has made an album that hipster elitists will consider a hostile gesture. It’s a simple, personal record, and its ethereal beauty and plainspoken lyrics — as well as memorable guest appearances by Angie Stone, Sinead O’Connor, Jennifer Price and MC Lyte — will do nothing to drive away the riffraff.

Listening to these basic sentiments about the failure of love to transcend the cruelties of this world, it becomes apparent Moby has made a record that has integrity for him. But ethical dilemmas aside, casual music lovers aren’t likely to embrace 18 with as much enthusiasm as its predecessor. Play was absolutely upbeat next to this quiet, deliberately paced set, and its gutbucket blues edge has been traded in for a distancing techno sheen. It takes Moby’s voice at its most raw and heartfelt, on cuts such as “Extreme Ways” and “Sleep Alone,” to bring home the feelings behind this music. 18 will be savaged for superficial and impulsive reasons but also because of one valid flaw — it’s often disappointingly dull.