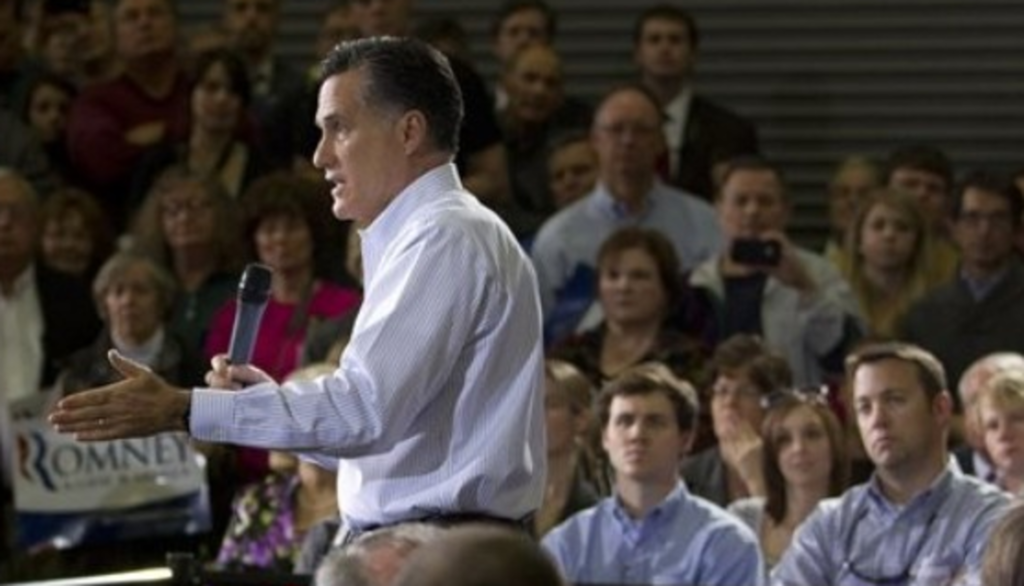 Presidential candidate Mitt Romney didn’t make it to Missouri for last month’s primary, but with 52 delegates on the line this Saturday, his campaign is rolling through the state today. After stops in the St. Louis area this morning, Romney is scheduled to appear at William Jewell College in Liberty, the sight of the Clay County caucus this weekend.

Romney is holding a rally in the quad at 5 p.m. Missouri’s dance card has been full recently. Fellow candidates Rick Santorum and Ron Paul swung through the state this past Saturday. Santorum won the Missouri presidential primary held February 7 with 55.2 percent of the vote, finishing well ahead of Romney and Paul. The only other candidate still in the race, Newt Gingrich, wasn’t on the primary ballot. He’s been campaigning hard in Mississippi and Alabama, ahead of today’s scheduled primaries in those states.