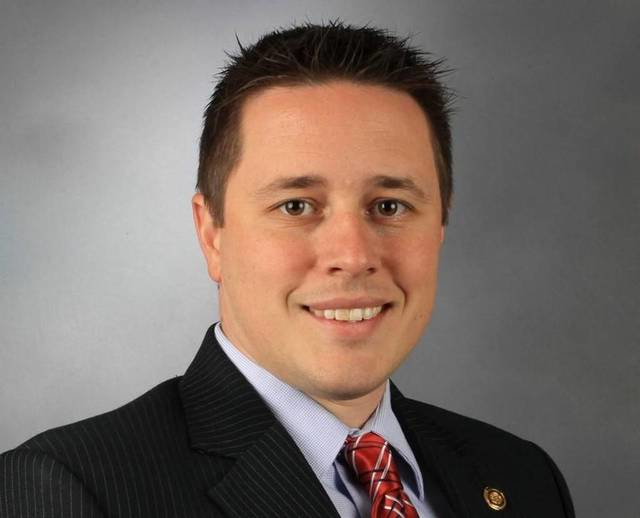 Ryan Silvey made news over the weekend simply by conceding a fact that every other Republican in the Missouri Legislature weirdly refuses to acknowledge: that the behavior of Senate leader Ron Richard appears to be deeply corrupt and worthy of investigation.

As The Pitch reported back in February, Richard accepted preposterously huge campaign donations from David Humphreys, a millionaire businessman based in Richard’s district in Joplin. In December, Richard introduced legislation, SB 5, that would effectively demolish Missouri’s Merchandising Practices Act (MPA). Humphreys’ company, TAMKO Building Products, is currently fighting a class-action lawsuit, filed under the MPA, alleging it sold defective shingles. SB 5 would result in changes to the law favorable to TAMKO in its lawsuit.

Six days after Richard filed the bill, Humphreys dropped a $100,000 check into Richard’s campaign committee. As we suggested in our story — and as Missouri Rep. Mark Ellebracht (D-Liberty) later wrote in a letter to Richard — this appears to be a textbook example of pay-to-play politics.

Silvey, a Republican state senator representing KC’s Northland, appeared on KCUR’s Statehouse Blend Missouri podcast on Saturday and was asked by host Brian Ellison to comment on Ellebracht’s claims that Richard had been “bought” by Humphreys. From the interview:

Ellison: He’s [Richard] the leader of your party in the Senate. What do you think about that?

Silvey: Representative Ellebracht has obviously made strong statements and written a letter, which I read, and which lays out the facts, and I’d say it’s worthy of some consideration or investigation. The facts are what they are. I’m not willing to say Sen. Richard violated the law, but I’m also not a law enforcement agency. I would leave that up to them.

Ellison: So what does that mean? An investigation by whom?

Silvey: Well, the facts are that he received large contributions, and then he filed legislation that would dismiss a lawsuit against the people who made those large contributions. It’s not for me to determine motive, or determine if that is a quid pro quo, but if somebody wanted to look into it I don’t think anyone would be surprised.

Later in the interview, Silvey said, “There’s a pattern of behavior with this leadership team that would certainly lead you to conclude that the people who have made significant [financial] contributions got their legislation put at the front of the line.”

Silvey’s independent thinking has cost him with Missouri Republican leadership in the past. He was in line to be appointed chairman of the Senate Appropriations Committee this year, but was passed over — by Richard. He told the Star that Richard told him it was payback for opposing two anti-labor bills — right-to-work and paycheck protection — that Republicans tried and failed to pass in 2016. Right to work was quickly passed and signed into law this year by new Missouri Gov. Eric Greitens, with whom Humphreys has also been extremely generous.

You can listen to Silvey’s Statehouse Blend Missouri interview here.