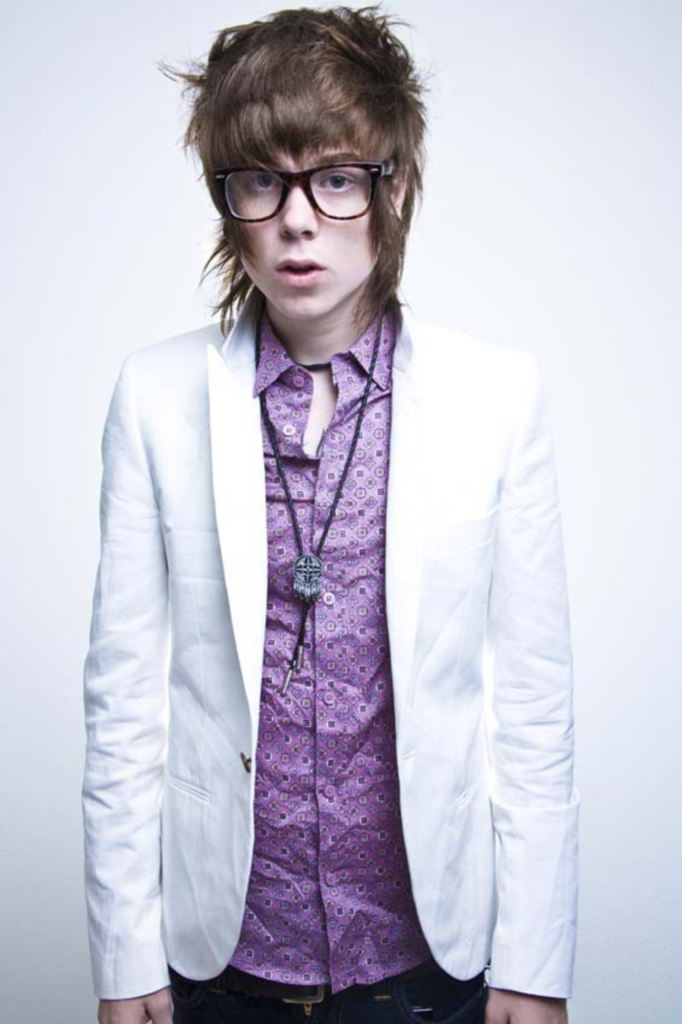 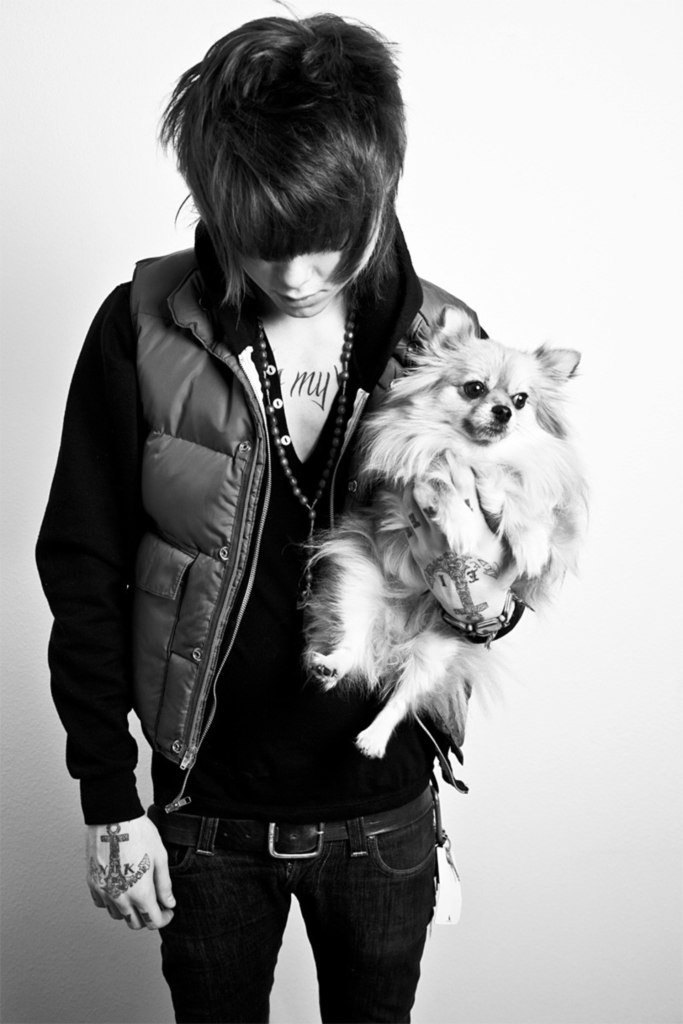 Never Shout Never’s Christofer Drew is made of love.

Proof: He recently gave his cell phone number to a 45-year-old homeless woman after a show.

“She keeps calling me, like, every other day,” says the teen sensation. “I’ve just been pretty much helping her through, like, this drug problem she’s having. Sometimes, after a show, I’ll get a pack of cigarettes and just kind of wander around the town, you know, and meet homeless people.”

The budding scenester says he’d never given out his number before. But like most of the other life choices the 19-year-old singer-songwriter has made, this one had one basic criterion in mind: It felt right. “I don’t even know her name,” he says. “Her number is saved in my phone as ‘woman.’ ” This daring bit of humanity isn’t standard behavior for a rising pop star, but it’s commonplace for Drew.

After all, Drew’s music is all about love in its many forms.  As he puts it, “I think that’s, like, the most beautiful thing music can bring — just, like, the ability to make people feel love through it.”

That isn’t exactly a groundbreaking sentiment, but it’s one that the precocious Drew has earned, having had more than 40 million MySpace hits, a Rolling Stone interview, video rotation on MTV, and a major-label deal. Drew’s overwhelming warmth and sensitivity may reflect his youth, but there’s also a fierce intelligence at work.

Raised in small-town Joplin, Missouri, Drew dreamed of playing music with his friends to get out. “Joplin is an if-you-don’t-play-football, you-get-picked-on sort of town,” he says. “So it was a little awkward for me.” When a tennis injury sidelined Drew’s athletic goals, his dad gave him a guitar. “Instantly, it felt right for me,” he says.

At 14, he began playing local coffeehouse open-mic nights. “I wasn’t the best when I started out,” he admits. But the immediate feedback that he received fueled his musical growth, eventually leading him to record demos at home. In 2007, he posted his first recordings on MySpace as Never Shout Never. The tunes went viral, and in June 2008, Drew released his first EP, Yippee!. A month later, he was in New York playing his first single — the aptly titled “Bigcitydreams” — on MTV’s TRL.

This also was when Drew quit Joplin High School to pursue music full time, causing his parents to kick him out of the house. Drew began to live in his car.

“It was difficult for them at first,” Drew says. “As time went on, I started touring in my car and stuff, like, and they saw that I was actually working my ass off. They, like, started to support it more.” Now, Drew says, he and his parents are closer than ever: “They’re, like, literally my best friends. I have their initials tattooed on my hand.”

In addition to his family’s support, Drew’s friends surround him whenever he goes on tour. Rather than employ session musicians for his backing band, Drew has chosen musician friends with whom he grew up in Joplin.

“At first, they weren’t really the best musicians, but I thought, to really have a band that I could really come together musically with, you know, like, I needed people that were raised in the same way,” he says. It also helps him manage the difficulties and dangers that come with fast success. “We all make sure that we’re the same people that we were and don’t let anything change us,” he says.

Never Shout Never’s music is simple, purposeful and short. Many of his tunes, concentrated on a handful of EPs and the 20-minute mini-album What Is Love?, clock in at two and a half minutes — for an Internet attention span. “I think it’s easier for kids to concentrate that way,” Drew says. “Especially in this day and age. Kids can’t even focus.”

Standing out as an artist is hard, Drew says, while trying to appeal to modern, tech-savvy teenagers. “They can find something new with a click.” So he tries to keep Never Shout Never’s songs compact, uncomplicated and true to the moment they were written in, drawing from what he calls the “constant flow.” It’s a model that he says he adapted from the Beatles, who were famously prolific in churning out singles. His other idol, Bob Dylan, influenced his attitude. “Dylan didn’t give a fuck, you know? He just did what he wanted. He followed his heart,” Drew says.

The latter’s gritty determination is at the heart of Drew’s candor and positive outlook. He’s a squeaky-clean pop star who reads Eastern philosophy and befriends drug-addicted homeless people, and has lived as a Dylan-like vagabond. For him, a worldview made simply of love doesn’t seem like such a cliché.