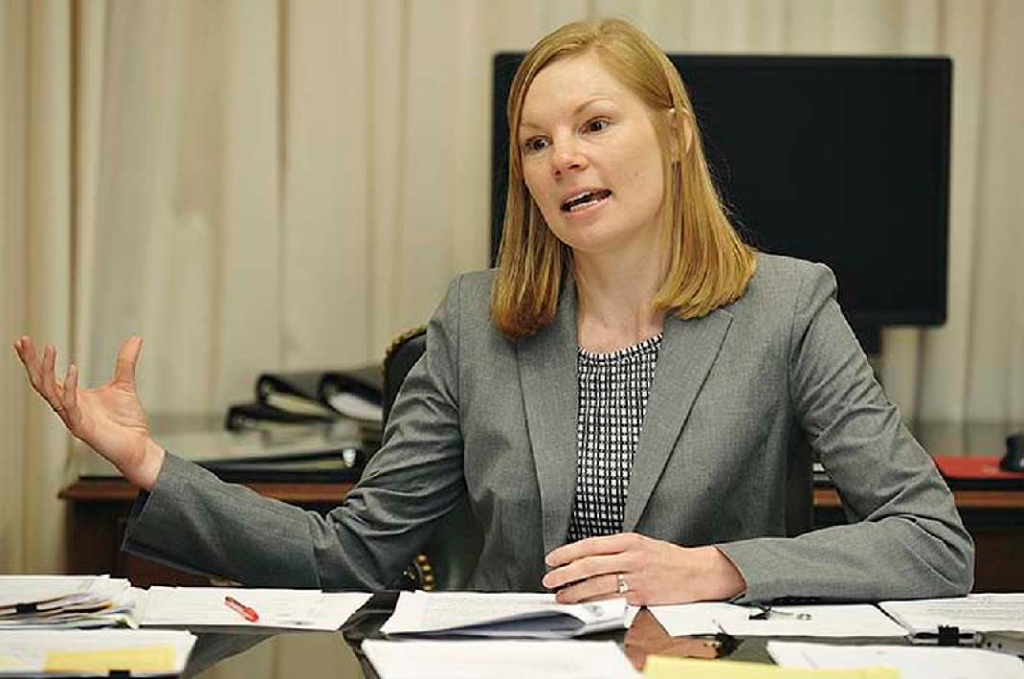 The state of Missouri has no system in place to track how tens of millions of dollars are spent from its legal expense fund to pay for settlements and judgments in lawsuits filed against state agencies, a review by Missouri Auditor Nicole Galloway has found.

Galloway’s audit, released today, analyzes total expenditures from the legal expense fund, by all state departments, during fiscal years 2012 through 2016, and fiscal year 2017 through February. During that period, according to the audit, the state drew on the fund when paying out some $67 million toward settlements and judgments. Forty-one cases cost taxpayers $250,000 or more each, according to the audit, and totaled $51 million — 68 percent of expenditures.

The state legislature set up the legal expense fund years ago to ensure that the state had enough money to cover lawsuit settlements. State law requires the Missouri attorney general to handle the litigation and to sign the checks to pay the legal expenses. The state Office of Administration oversees the fund and its budget.

Galloway launched the audit last December, after The Pitch reported that the state was spending millions of dollars on lawsuits filed against the Missouri Department of Corrections to settle extreme cases of employee discrimination, abuse and retaliation by supervisors and co-workers. The Pitch reported at the time that the amount the state had paid corrections employees had exploded in the last four years.

As a result of The Pitch’s investigation, several top corrections officials, including director George Lombardi and deputy director Dave Dormire, left the agency.

At the time of the stories, state legislators said they were unaware of the lawsuits involving the corrections department.

Also on Monday, Galloway raised additional concerns in a letter she sent to Gov. Eric Greitens and the members of the Missouri General Assembly about a separate set of monies used to pay for lawsuit settlements.

The letter says that, over the past two years, state agencies had spent more than $36 million on lawsuit settlements and judgments using money that was “outside the legal expense fund.”

Galloway writes in the letter she did not include those expenditures in her audit because the scope of the audit included only the legal defense fund.

Galloway’s letter says 10 state entities — including the Department of Conservation, the Department of Transportation and higher education institutions — responded to her request to report money spent on settlements outside the fund. The agencies told the auditor they paid more than $36 million on 536 legal claims or potential claims.

Gov. Greitens, Attorney General Josh Hawley and officials for the Office of Administration were not immediately available for comment about the audit findings or Galloway’s letter.

Galloway’s audit finds that the financial systems used by the attorney general and the Office of Administration to “monitor fund activity” was insufficient to “provide adequate oversight throughout state government and the fund is not accurately or effectively budgeted.”

The audit said the fund’s system was 20 years old and so antiquated that it could not produce electronic reports; only hard-copy reports were available, and those reports answered only basic data queries.

The attorney general’s tracking system also doesn’t indicate which cases are eligible to be paid through the fund, does not include all cases, and does not track the status of the cases, the audit says.

In addition, lawsuits that are handled by outside private attorneys or by attorneys for government agencies are not tracked by the attorney general’s office.

That’s a problem, the audit charges, because a number of cases that have high costs are not included in the attorney general’s database, resulting in incomplete records of pending cases.

The audit does not include pending expenditures, including two discrimination lawsuits against the corrections department. A jury ordered the department in 2016 to pay more than $3 million in damages in those cases, which the state has appealed.

The audit notes that some lawsuits can take up to eight years to complete; it examines total expenditures from the fund from 2008 through February 2017.

Last year’s total payments were almost $25 million, the highest during the period. The lowest level was in 2008, at less than $5 million. The second-highest was in 2009, at almost $20 million.

But the Office of Administration’s budget requests remain almost the same from year to year, without considering the types of cases that are pending. The result is that officials overspent from the fund by $25 million dollars during the past three fiscal years, the audit says. The audit recommends that the administration office devise a better way to budget the fund by taking into consideration ongoing lawsuits.

In Attorney General Hawley’s response to the auditor regarding her findings, he indicates that, since he took office in January, he has implemented steps to make the legal fund more transparent and accessible to the legislature and the Office of Administration. For example, Hawley writes, every settlement and judgment is now available monthly to the legislature and the public. In addition Hawley has introduced a new system to track cases, his response says.

The response from the Office of Administration says the agency does not receive “sufficient information to develop estimates of pending cases involving potentially significant legal expense fund expenditures.” But the response adds that the office will work with the attorney general to provide “budgetary materials” to the legislature, “based on the best available information collected within fiscal constraints.”