The initiative petition, bankrolled by the medical marijuana industry, appeared to be short the minimum number of valid signatures late last month. 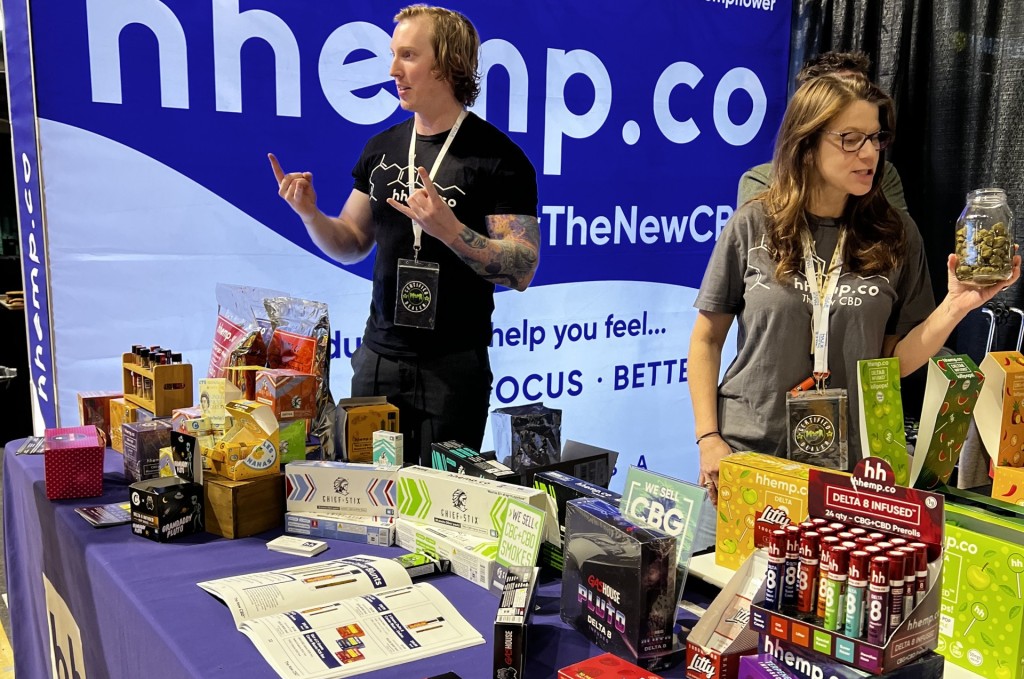 Missouri voters will decide this November whether to legalize recreational marijuana, four years after they first approved the drug for medicinal use.

Meanwhile, an effort to have Missourians decide whether to implement ranked-choice voting predictably failed to reach the minimum number of valid signatures across all eight Congressional districts.

Ashcroft’s announcement was a big win for Legal Missouri, the campaign pushing for recreational marijuana to be legalized for those 21 and older. It’s backed by members of the medical marijuana industry, and the recreational system would include caps on licenses and give precedence to existing licensees, who would be permitted to serve both medical and non-medical purchasers.

Payne credited volunteers who gathered 100,000 signatures on top of paid signature collections as making “all the difference.”

The Legal Missouri campaign had remained optimistic and said reports were being double-checked to identify possible errors.

Meanwhile, while the effort to put ranked-choice voting on the ballot also saw increases in its valid signatures across congressional districts from the late July tabulation, it was far from enough to meet the threshold to make the ballot.

While disappointed, Scott Charton, a spokesman for the Better Elections campaign, said they “remain committed to our core mission: giving voters better and more choices in elections, empowering them to hold politicians accountable when they lose their way, and ensuring integrity in elections.”

Representatives for Legal Missouri and Ashcroft did not immediately respond to requests for comment Tuesday on what led to the increase in valid signatures for the Legal Missouri campaign.

In a statement, Ashcroft encouraged voters to take a close look at the 38-page initiative petition, noting it’s, “particularly lengthy and should be given careful consideration.”

The constitutional amendment will be listed on the ballot as Amendment 3, and if approved would make Missouri the 20th state to legalize recreational marijuana.

According to Legal Missouri, a 6% sales tax on marijuana would generate an estimated annual revenue of at least $40.8 million, with an optional local sales tax of up to 3% potentially generating at least $13.8 million.

Under the system outlined in the initiative petition, an additional 144 licenses would be allocated for “microbusiness facilities,” with six dispensaries and 12 wholesale facilities in each congressional district. The new licensing category would allow licensees to cultivate marijuana and manufacture products and new license holders would be randomly selected through a lottery process.

Licensing caps have long been a controversial feature of the state’s current medical marijuana program. Critics of the Legal Missouri petition have argued that the move to cap the total licenses while giving preference to those who were previously awarded a medical marijuana license will further reinforce inequities in the industry, especially for Black residents.

According to state data, licenses have been issued for 84 manufacturing facilities, 63 cultivation facilities and 204 dispensaries — although not all have been approved to operate.

In addition to legalizing recreational marijuana, the petition would also expunge nonviolent marijuana offenses from criminal records. Revenue generated by the sales tax would help cover the costs of processing expungements while additional revenue would go toward veterans, drug addiction treatment and the state’s public defender system.

The petition would also stipulate that public records the state health department maintains related to the program will be subject to Missouri’s open records law, although those containing “proprietary business information obtained from an applicant or licensee shall be closed.”

The presence of proprietary business information, which can include things like financial information, tax returns and license applications, shall not justify the closure of identifying the applicant or licensee, any enforcement action or public officials’ support or opposition, the petition states.

In February, the Missouri Supreme Court ruled the state health department must disclose medical marijuana application info that it had argued was confidential.