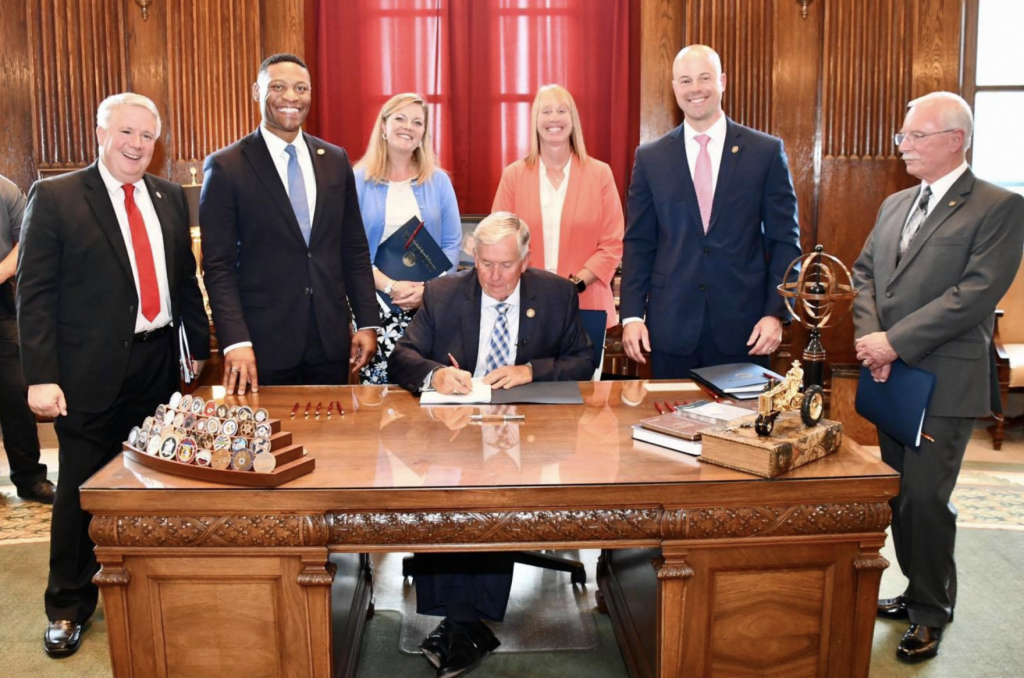 Yesterday, Gov. Mike Parson signed a bill that reduces the charges a person faces after transmitting HIV, updating the criminalization law for the first time since the ’80s. Missouri now joins a number of other states to pass similar legislation this year in an attempt to reduce the false assumptions surrounding HIV.

SB 53, a sweeping police reform bill, will now require prosecutors to prove someone “knowingly” exposed a partner to the virus to obtain a conviction. It also changed the minimum sentence from 10 years to 3. Before, the law made it a felony to “recklessly” expose someone to the virus, which is a lot harder to prove in court and also led to people forgoing HIV testing.

According to the Williams Institute, more than 100 people have been convicted for an HIV crime since 1990. More than 13,000 people in Missouri live with HIV.

The hope for this law is that much of the false information surrounding HIV and how it is transmitted can be put to rest. The former law treated everyone with HIV as a public health risk, which is simply not the case anymore. Modern medicine can reduce people’s viral load to undetectable levels and people on HIV treatment consistently for 6 months cannot transmit HIV to others.

This is not the only bill surrounding HIV laws to be passed this year in Missouri. Last month, Parson signed a bill that allows pharmacists to dispense Post-exposure prophylaxis (PEP)  after being trained by a doctor. PEP greatly decreases the chances of contracting the virus if taken within 72 hours of being exposed. It has been found that the drug can be hard to obtain in rural areas because of the limited number of healthcare providers.