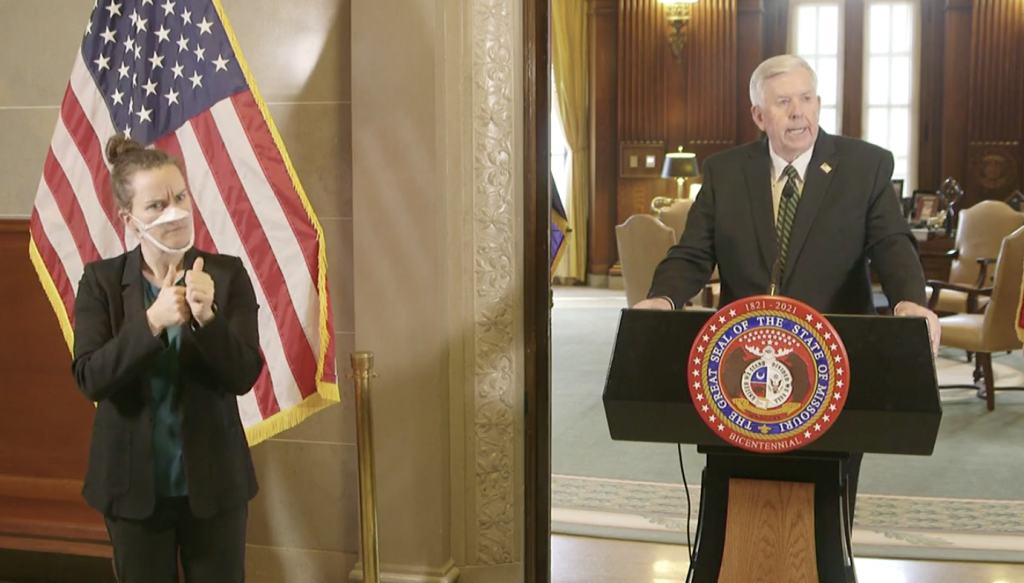 Roughly 550,000 will soon be eligible for vaccination as part of the next phase of Missouri’s vaccination rollout. // Image courtesy of Gov. Mike Parson

Missouri will soon enter Tier 3 of the state’s first phase of vaccine distribution, according to an update from Gov. Mike Parson on Thursday.

This phase will begin on March 15, allowing approximately 550,000 more Missourians to be eligible for vaccination. It will include nine categories of employees, such as K-12 education workers, government employees, and those who work in food production and distribution. This puts the beginning of Phase 2 of vaccination in Missouri within 45 days of March 15, pending vaccine supply.

As of Thursday morning, over 12% of Missouri’s population had received at least one shot, and over 350,000 Missourians had received both. Parson says the federal government will soon increase Missouri’s vaccine allotment, which will also grow if pharmaceutical company Johnson and Johnson‘s single-shot vaccine model is approved.

“Looking ahead at the coming weeks, we expect to see a continued slow but steady increase in vaccine supply,” Parson says. “This week, Missouri was allotted more than 120,000 initial doses of Moderna and Pfizer vaccine and 128,500 for the next week.”

Despite recent hospitalizations in St. Louis, Missouri now takes the title of second lowest number of average daily COVID-19 cases, with a seven-day positivity rate of 6.1%. As of today, approximately 1,200 Missourians are hospitalized with COVID-19, Parson says.

“We have made incredible progress in a short amount of time,” Parson says. “We have faced many challenges over the past year, but I can assure you there is a light at the end of the tunnel.”