Unanimous opinion finds that Gott's To Go has got to pay 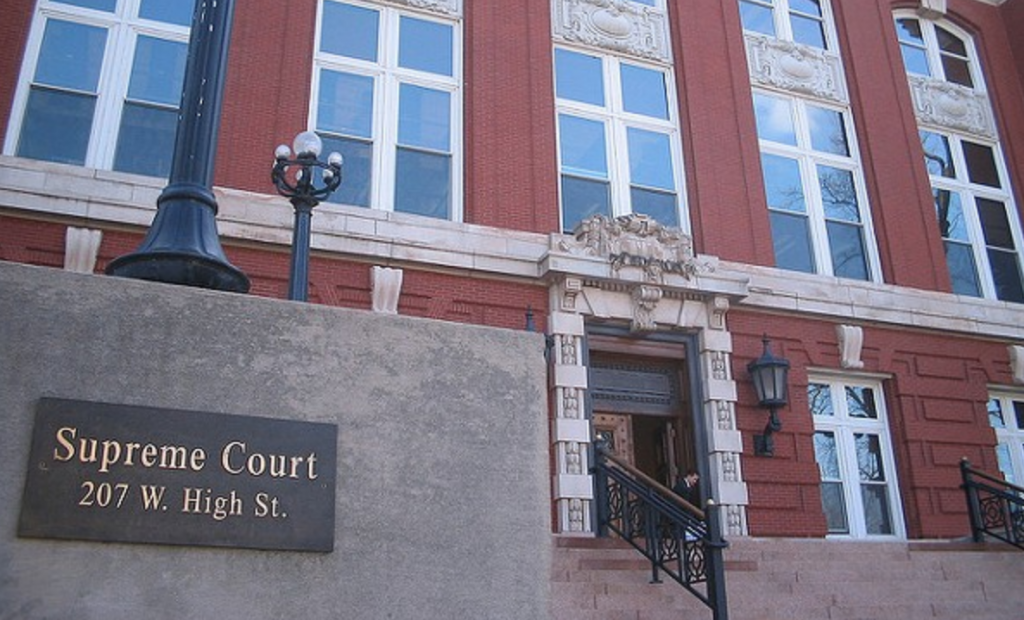 The Missouri Supreme Court building in Jefferson City. // Courtesy of FLICKR/David Shane, licensed under CC BY 2.0).

Sometimes people feel like the government is dumping on them, and this week that person is Charlie Gott.

For 35 years, Gott has been the answer to the call of nature for thousands of people on construction sites and outdoor events. His company, Gott’s To Go — slogan “Call on Charlie Gott when you’ve Gotts TO GO!” — rents portable toilets in southwest Missouri, including the Springfield and Branson areas.

“It just made me a living,” Gott, 79, said in an interview from his office in Springfield. “I haven’t made a lot of money but I give my grandkids a job.”

On Tuesday, life got a little crappier for Gott when the Missouri Supreme Court ruled that because he didn’t pay sales tax when he purchased the 240 portable toilets he offers for rent, he should be charging the tax to his customers. Gott lost an appeal of a ruling by the Administrative Hearing Commission that he owed $56,905 in unpaid sales taxes — and $201 for unpaid use tax for out-of-state rentals — for rentals from Jan. 1, 2014, to Dec. 31, 2016.

Interest and penalties will make the bill much higher, but the ruling does not specify the amount.

And Gott said he has not been charging sales taxes since the audit for the period since 2016 and worries that the total will wipe his business away.

The key question that went against Gott at the Administrative Hearing Commission and at the Missouri Supreme Court is whether his business rents personal property for the exclusive use of his customers or if he provides a service.

Under Missouri law, the rent paid on personal property, such as a car or a couch, is subject to sales tax. The money paid for a service, such as plumbing or proctology, is not.

The Department of Revenue first stirred up a stink over Gott’s business practices with its audit. After presenting Gott a bill, he appealed to the commission, the semi-judicial body that reviews agency decisions.

Because his case involved taxes, it went to the state Supreme Court on appeal.

The audit found that Gott charges a single fee for the use of his portable toilets and, at times, will add a delivery charge for long distances. And although his company services the toilets while they are on site by cleaning, restocking and removing the accumulated waste, that only occurs at long events or when the toilets receive heavy use, wrote Jason Lewis, an assistant deputy attorney general, in the brief defending a tax on Gott.

Invoices to customers do not itemize rental and service charges. Everything Gott’s company does is because a customer has rented a toilet, he wrote.

“Without the portable toilets,” Lewis wrote, “there would be no units to service.”

In the brief arguing against taxing Gott for doing his business, attorney B. Edwin Bloomfield wrote that the services provided are vital for the well-being of his customers.

“The device is used to collect and store human waste deposited there by customers and others (known and unknown to the customer) at the location who require the immediate relief the device affords,” Bloomfield wrote.

The seven-judge court, however, in its unanimous opinion, was unable to provide relief for Gott.

His argument, Chief Justice George Draper wrote, attempts to turn the law upside down. While his business may involve getting excrement collected, the pot, not the contents, is the No. 1 reason for the transaction.

“Without providing the portable toilets to its customers,” Draper wrote, “Gott’s has no service to provide.”

With the court’s decision, Gott has exhausted his appeals, Bloomfield said a few hours after the ruling was announced. That means he will have to pay.

Writing a large check to the Department of Revenue would be difficult, Gott said, and he hopes to set up payments. He said he’s doing fairly well this year despite the coronavirus pandemic that has canceled many large outdoor events.

The lost events have been replaced by calls from building contractors, he said.

“Right now we have two big jobs, including the Amazon construction,” he said, referring to the 1.3 million square-foot Amazon fulfillment center under construction in Republic. “We have 24 port-a-potties out there.”

Over the years, Gott said, he’s had some memorable moments, like the time he placed toilets at an event hosted by Willie Nelson near Branson. The country music artist signed one of Gott’s pots, but he’s not sure where the unit is, he said.

“I tried to save it and it got away from me,” Gott said.

The tax bill will be a heavy load to dispose of, he said. The business is successful, but he is not a toilet tycoon.

One thing is certain, Gott said. He’s not quitting.

“I am not going to shut down,” he said. “I will figure out something.”