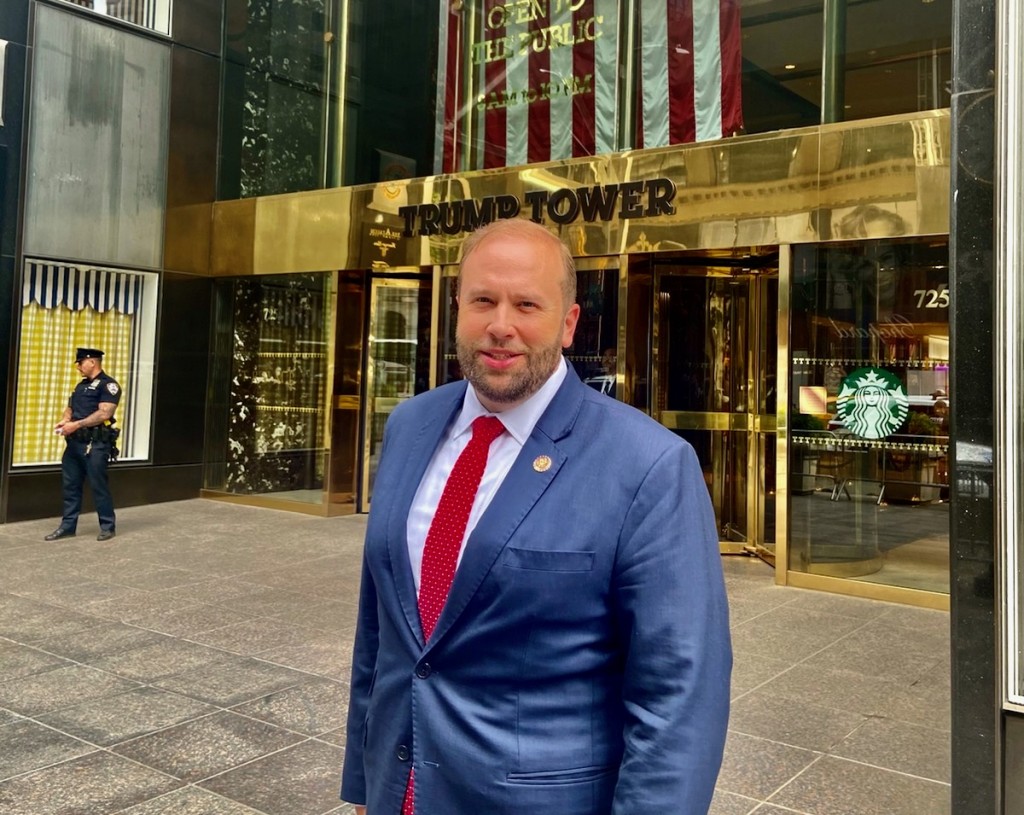 Republican activists from around the state will gather in Kansas City next month for the party’s annual Lincoln Days. And by that time, GOP insiders expect the announced field vying for Missouri’s open U.S. Senate seat will grow by one or more candidates.

According to several sources familiar with her plans, U.S. Rep. Vicky Hartzler of Harrisonville will announce her bid sometime in early June and go to Lincoln Days in full campaign mode.

She could use the June 3 Cass County Lincoln Days in her home county or another venue closer in time to the statewide event for the announcement, sources told The Independent.

By running, Hartzler would give up almost certain re-election to the 4th Congressional District seat she has held since 2011.

“We would love to have his support,” Smith’s campaign spokesman, Josh Siegel, said Tuesday about the Trump visit.

GOP political operatives, speaking on condition of anonymity, said Smith will likely get into the race if he can either obtain the former president’s endorsement or win assurances that Trump will stay out of the primary contest entirely.

Otherwise, they expect to see Smith to seek another term representing the 8th Congressional District.

A formal announcement by Lincoln Days isn’t as important for candidates as making sure those attending know their intentions, GOP state executive director Charlie Dalton said Tuesday. There will be no other large gathering of Republicans from across the state until just before filing begins next February.

“This is a gathering of the most dedicated, grassroots Republicans in the state of Missouri,” Dalton said. “As far as directly talking to voters, this is their opportunity. If they are considering being a U.S. Senate candidate, they need to be there.”

So far, the field includes a disgraced former governor, the current attorney general and a man who blasted to internet fame by confronting protesters with a firearm in the race for Missouri’s open U.S. Senate seat.

Former Gov. Eric Greitens was the first candidate to jump in the race after U.S. Sen. Roy Blunt announced in early March that he would not seek a third term. He was followed by Attorney General Eric Schmitt and, most recently, St. Louis attorney Mark McCloskey.

Missouri has eight seats in Congress, with six held by Republicans. Four of those members – U.S. Reps. Ann Wagner of the 2nd District and Billy Long of the 7th District along with Hartzler and Smith – are known to be considering their prospects in the crowded August 2022 primary.

The decision for members of Congress is whether to give up a safe GOP seat for the uncertainty of a primary where a loss could end their political careers. Wagner had the closest race in 2020, winning by 6.3 percent, while the others won their districts by margins ranging from 38 to 55 percent of the vote.

Smith is lined up to be chairman of the powerful House Budget Committee if Republicans regain control of the House of Representatives, a factor that will influence his decision.

“We are just trying to look at the lay of the land and make a decision going forward,” he said. “We believe Congressman Smith is the best candidate in the race, should he decide to do it.”

Smith was a staunch Trump ally during his presidency, and is said to have a close relationship with the Trump family. More recently, he voted against certifying the electoral college vote in January and held a fundraiser at Trump’s Mar-a-Lago resort in April.

Greitens is also angling for the endorsement. He hired Kimberly Guilfoyle, a former Fox News host who is dating the former president’s eldest son, as national chair of his campaign.

If Trump is leaning toward blessing multiple candidates, Smith “would plead with the Godfather not to make any endorsement,” one GOP insider told The Independent.

Wagner and Long, several GOP strategists said, are farther from a decision than either Hartzler or Smith. Schatz said as this year’s legislative session ended that he would make his intentions known soon but gave no timeline.

Greitens not only was the first to announce but also has the widest name recognition and has shown great strength in early polling despite his exit from the state’s top job under a cloud.

Greitens was accused of violent sexual misconduct during a 2015 affair. He was also accused of stealing a donor list from a veteran’s charity he founded in order to boost his political career—a felony charge that was dropped as part of a plea deal that stipulated prosecutors had “sufficient evidence” to bring his case to trial.

Lawmakers convened in special session in May 2018 to begin impeachment proceedings. He resigned in June 2018 as part of his plea deal.

Schmitt, elected state treasurer in 2016, moved to his current position after Josh Hawley won a Senate seat in 2018. Schmitt was considered a moderate during his two terms in the Missouri Senate but his politics evolved as the state turned a deeper shade of red over the last decade.

He has also been courting Trump support, and the support of his Missouri voters. Schmitt joined the failed legal effort to overturn President Joe Biden’s 2020 victory and has launched several lawsuits targeting the Biden administration.

McCloskey became a public figure when he and his wife, brandishing firearms, confronted Black Lives Matter protesters who were marching through their gated community to the home of then-St. Louis Mayor Lyda Krewson. They endorsed Trump and made a video played at the 2020 Republican convention.

On the Democratic side, the announced candidates are former state Sen. Scott Sifton of Afton; Marine Corps veteran and attorney Lucas Kunce of Independence; Spencer Toder, who works in real estate and runs a medical device company; activist Tim Shepard and Jewell Kelly, a veteran who has a family real estate business in Jefferson County.