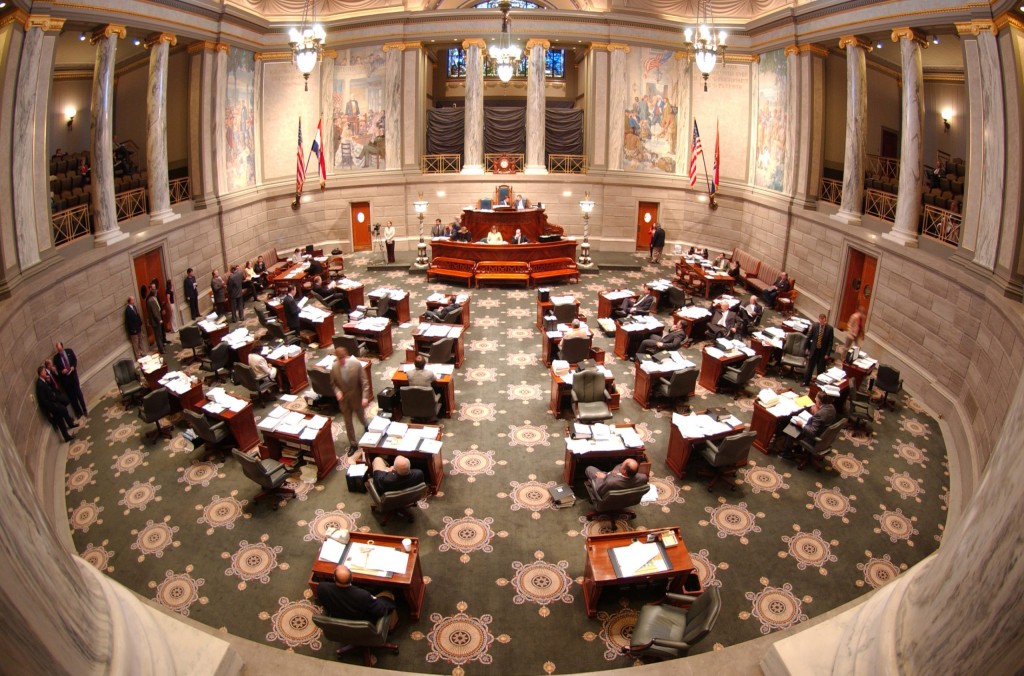 A state Senator who’s been a harsh critic of business restrictions intended to limit the spread of COVID-19 has tested positive for the contagion and may have infected others during two lengthy committee meetings.

Sen. Andrew Koenig, R-Manchester, confirmed on Twitter Friday afternoon that he is ill, sending the tweet about 18 hours after rumors began circulating of his infection.

“I am self-isolating after I have tested positive for COVID-19,” Koenig wrote. “Fortunately, I am experiencing mild symptoms. Out of an abundance of caution, I will be quarantining at home for the next 10 days. I look forward to fully resuming my duties for the people of St. Louis County soon.”

I am self-isolating after I have tested positive for COVID-19. Fortunately, I am experiencing mild symptoms. Out of an abundance of caution, I will be quarantining at home for the next 10 days. I look forward to fully resuming my duties for the people of St. Louis County soon.

Koenig, elected to a second term in the Senate in November, is a member of the Senate Education Committee, which on Tuesday held a hearing on his bill to create a tax credit for contributions to programs that provide scholarships to private or charter elementary and secondary schools.

He is also vice-chairman of the Health and Pensions Committee, which on Wednesday held a hearing on his proposal to limit the authority of local governments to issue orders intended to prevent the spread of COVID-19 and other infectious diseases.

“In a free society, you can lock yourself in your house and not have any human contact and I promise you, you will not get COVID,” Koenig said during the Wednesday hearing. “But in a free society, I should have that choice to leave my house. It’s my choice if I want to risk getting COVID. Just like I get in a car every day, I could potentially get in a car accident and die.”

Koenig did not respond to voicemail and text messages seeking more details about his diagnosis.

It is too early to know whether the case will disrupt the legislative schedule for next week, when the highlight is supposed to be Gov. Mike Parson’s State of the State address on Wednesday. The House canceled this week’s session in an attempt to control an outbreak of COVID-19 in that chamber.

In a text message to The Independent, Majority Leader Caleb Rowden, R-Columbia, said “we’re gathering information and have a caucus call this afternoon.”

Rowden did not respond to a text message sent after Koenig’s tweet asking if any decision has been made.

The diagnosis will almost certainly delay a hearing scheduled for 1 p.m. Monday of the committee Koenig chairs, Ways and Means, which was scheduled to consider one of his bills and legislation on personal property taxes.

One member of the Education Committee, Sen. Greg Razer, D-Kansas City, was in quarantine for COVID-19 exposure and did not attend the meeting.

Onder, a physician, could not be reached for comment, nor could any of the other Republicans on the committees.

Schupp said she did not physically attend most of the meetings because of concern about coronavirus.

“I actually streamed most of my committee meetings this week because I know my Republican colleagues are not wearing masks, the vast majority of them,” Schupp said. “I know we have had outbreaks in the other chamber and I don’t think this virus cares about which side of the building you are on.”

Schupp said she did go to the brief Education Committee meeting Thursday where members voted on a version of Koenig’s bill in combination with other legislation.

How many will have to go into quarantine, if any, is unknown.

“We are still at the point of contact tracing the spread and all of that first,” Rizzo said. “After that, I would imagine there would be conversations about moving forward.”

The Senate Administrator, Patrick Baker, did not respond to an email seeking comment on the situation.

Lawmakers come from all over the state and while overall numbers of new cases are down, there is still widespread transmission of the coronavirus that causes COVID-19. On Friday, the Department of Health and Senior Services reported 1,783 new cases identified by PCR testing, with at least one new infection in 107 of the state’s 117 local health jurisdictions.

The department reported that 445,621 Missourians have become ill since the first case was discovered in March. But that may understate both the total number of Missourians who have become ill and the number who are actively infectious, the St. Louis Post-Dispatch reported Thursday.

The state data does not include any of the 64,685 Missourians who have tested positive on an antigen test, which is not as accurate as a PCR test but which, along with the standard PCR test, can identify a person who can spread the virus.

The department has reported an average of 1,633 new PCR-tested cases per day over the past seven days, down from a peak of 4,722 per day in November. There were 42 additional deaths on Friday, bringing the total for the pandemic to 6,527.

The positive rate on PCR tests continues to fall, reaching 11.7 percent on Friday. The peak, also in November, was 24.5 percent.

Prior to Thursday, there had been at least 13 members of the Missouri House or Senate who have become infected with COVID-19, according to the Associated Press. The latest to identify themselves was state Rep. Kimberly-Ann Collins, D-St. Louis, who posted about her illness Monday on Facebook.

In the spirit of transparency, I wanted to let you all know that yesterday I went to the hospital because I felt unwell….

The Missouri House is scheduled to return to work Monday. The Senate, as of Friday morning, was also slated to be in session on Monday.

If one or both chambers cannot meet, it could alter plans for Parson to deliver his speech, scheduled for 3 p.m. Wednesday. The House was unable to pass the resolution inviting Parson to the chamber for his speech because it was not in session this week, Rizzo noted. And it was also unable to pass the resolution necessary to invite the Senate to its chamber for the joint session.

“If they are not going to come back next week, there is no physical way to pass the resolution, which we have to do,” Rizzo said.

Neither chamber has a rule requiring members to wear masks during floor sessions or during committee meetings.

While most Democrats wear masks, as do many legislative staff, Republicans have been seen sitting in close proximity on the floor and crowding into elevators without masks.

“People are making decisions not to do that and putting the health of each of us who work in the capitol in jeopardy,” Schupp said. “It is very concerning to me. This so-called individualism that  is suggesting to people that they should not have to wear masks, is not boding well for us.”

The standard guidance from health experts is to avoid close contact with people for more than 15 minutes and to wear a mask when that is not possible.

“There’s a lot of people down there who do not do that,” Rizzo said. “It is exactly the opposite of what the CDC tells us to do.”

[Correction: A previous version of this article identified Jill Schupp as a Republican representative. That has been corrected.]