The now-dissolved caucus is calling for Republican unity, but says peace only possible if the Senate gets new leadership. 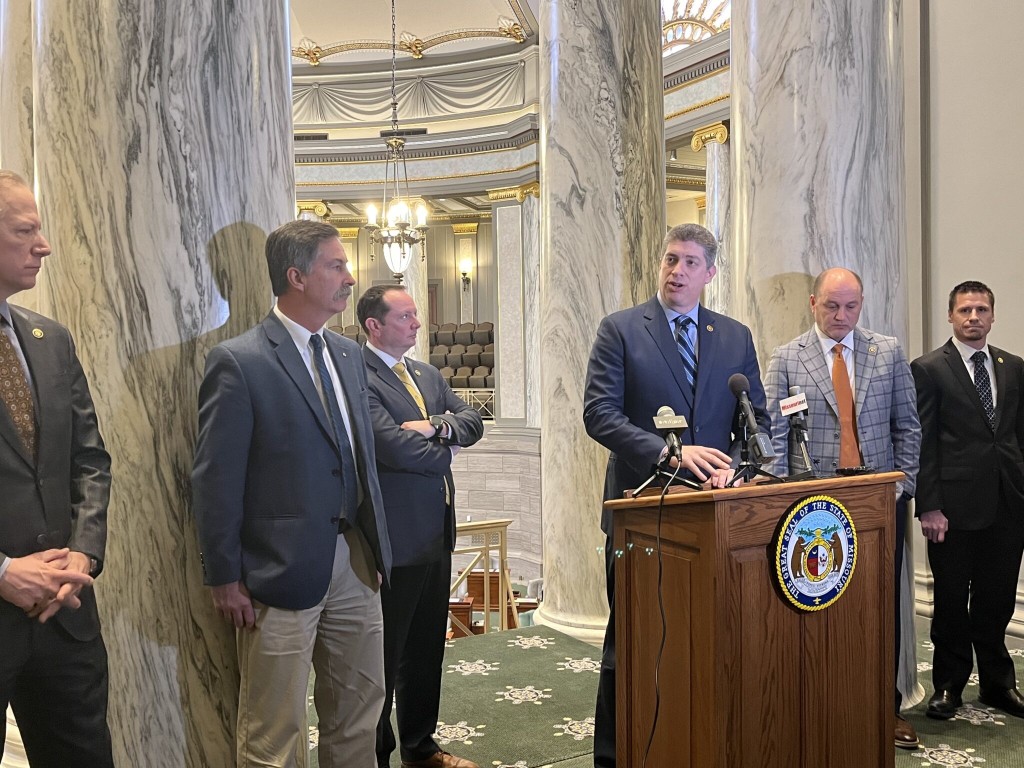 After more than two years of warring with Republican leaders, the Missouri Senate’s conservative caucus will disband, the group announced Monday afternoon.

In a statement released to the media, five incumbent members of the caucus said it was no longer needed after the outcome of the Aug. 2 GOP primaries.

“Moving forward,” the statement continued, “there is no need for us to be defensive about passing good legislation — we believe the class of Republican nominees vying to fill open and existing Missouri Senate seats would demand the same results we have been looking for these past four years.”

Candidates aligned with and supported by the conservative caucus won four competitive primaries for open seats.

In addition, a Republican incumbent — Bill White of Joplin — was defeated by a candidate who vowed to allign with the caucus.

If all seats remain in control of the party that currently holds them, the new breakdown of the Senate after the primaries will likely be a nine-member conservative caucus, 15 senators aligned with Republican leadership and 10 Democrats.

In the Monday afternoon statement, the five members of the now dissolved conservative caucus said they hoped to “seek unity within a single majority caucus in the Missouri Senate chamber under exclusively the Republican banner.”

To do that, the statement said, there needs to be new leadership in the chamber “that is not constrained by the labels of the past.”

“Such a change is necessary to achieve peace within a body that has seen little of it since the final legislative day of the 2021 first regular session,” they wrote.

Senate Majority Leader Caleb Rowden, R-Columbia, is the current odds-on favorite to become the chamber’s president pro tem. He has not shied away from publicly quarreling with the conservative caucus, at one point accusing the group of turning the Senate into a “clown show.”

Rowden said on Monday that Missouri Senate Republicans in recent years have approved “generational conservative reforms into law, and Missourians are better off as a result.

“I am happy these five senators want to join the team that has been leading the conservative fight in Missouri,” Rowden said. “The time is now to do big things for this great state.”

The real leadership fight in the Senate is expected to be over who replaces Rowden as majority floor leader. The position comes with the power to manage the Senate debate calendar, giving the majority leader influence over what legislation moves forward and how much time it receives on the Senate floor.

The three candidates discussed as possible successors include Koenig and Sens. Mike Bernskoetter of Jefferson City and Cindy O’Laughlin of Shelbina.

O’Laughlin was originally a member of the conservative caucus but hasn’t been affiliated with the group in more than a year. Bernskoetter is considered the candidate with closest ties to current GOP leaders.

Originally founded in 2018, the Senate conservative caucus has been involved in an escalating war with Republican leadership. It culminated this year, with conservative caucus members used parliamentary maneuvers to gum up the Senate and, with their priorities failing to get traction, turned otherwise anodyne bills into vehicles for controversial amendments pertaining to transgender student athletes and vaccine mandates.

The drama then spilled onto the campaign trail, with a PAC supported by the conservative caucus vying to increase its numbers — and its power within the chamber.

Republican Senate leadership have publicly threatened to use procedural maneuvers of their own to quash conservative caucus filibusters, which they argued were simply glorified publicity stunts.

Last week, Sen. Mike Cierpiot, R-Lee’s Summit, hinted that Senate rules may need to change in order to prevent the conservative caucus from hijacking the chamber.

He also panned the caucus for taking large campaign checks from trial attorneys,  a group that historically has supported Democrats and opposed tort reform.

In their Monday statement, the members of the conservative caucus decried any such step as an abandonment of Senate tradition, which calls for unlimited debate.

“We know of no senator, current or former, who claims that the prestige and traditions of the Missouri Senate are stronger today than when our current leadership team took the helm in 2018,” the statement said. “The next leadership team must do better.”