Appropriations Vice Chairman Lincoln Hough says he’s upset Eric Schmitt "continues to sue most of the citizens of this state." 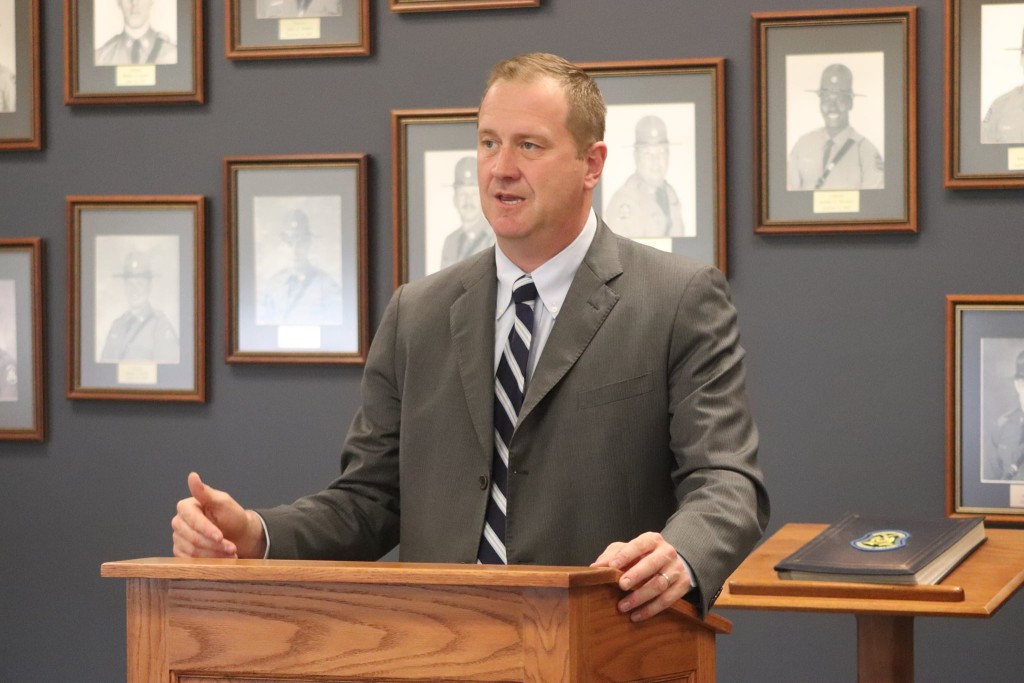 Attorney General Eric Schmitt, who is running for the U.S. Senate, ramped up his fight against local COVID-19 restrictions after a November ruling from Cole County Circuit Judge Daniel Green that local health orders are unconstitutional. // Photo courtesy of Missouri Attorney General’s Office

“As our attorney general continues to sue most of the citizens of this state, I don’t know why we are giving him another half million dollars,” Hough said.

The appropriation was in the spending bill that provides funds for elected officials, the judiciary and the Office of Public Defender. It is awaiting a final vote, along with 12 other appropriation bills, that will send it to the Senate floor for debate.

Schmitt, who is running for the U.S. Senate, ramped up his fight against local COVID-19 restrictions after a November ruling from Cole County Circuit Judge Daniel Green that local health orders are unconstitutional. He sued at least 45 school districts, as well as Kansas City, Jackson County, St. Louis and St. Louis County.

“When you have duly elected school boards who are making policies in their districts and then we have an attorney general stepping in, maybe we need to have a conversation before we start adding money to his budget,” Hough said.

None of the lawsuits filed by Schmitt have gone to trial and most, if not all, are in the process of being dismissed because the underlying health orders have been allowed to expire. Infections with the coronavirus that causes COVID-19, which reached record levels in January, fell in March to their lowest level since June 2020.

Schmitt has repeatedly referred to the lawsuits as one of his accomplishments as he seeks the Republican nomination for U.S. Senate.

Hough, however, said he questions whether Schmitt is overstepping his authority.

“I get calls and emails every day in my office, on the weekends to my personal cell phone, from folks not just in my district but all over the state saying, is this normal?” Hough said in an interview after the committee action. “I haven’t been around a really long time, but I have not seen this in the past.”

Schmitt’s general office budget is $27.7 million and the money cut by Hough was not in the office’s original budget request submitted last fall. Schmitt’s office brought the request to the House Appropriations Subcommittee on General Administration, which added it to a list of recommended budget changes, said subcommittee Chairman Brad Hudson, R-Cape Fair.

The Solicitor General’s unit is small and “those folks are working some very long hours and they really need this relief so this work can continue without overworking the staff,” Hudson said.

A similar appropriation, $505,000, was vetoed last year by Gov. Mike Parson, who noted that it was not part of his budget proposal “and current core funding is sufficient to meet these needs.”

Hudson said his constituents have not objected to Schmitt’s lawsuits targeting mask mandates and other COVID-19 restrictions.

“The litigation the attorney general’s office has been involved in, from what I have seen, is pertaining to matters my constituents care about and do serve the interest of the people of this state,” Hudson said.

Chris Nuelle, spokesman for Schmitt, wrote in an email that the office will not change its policies as a result of the cut.

“The House added that money into their budget,” Nuelle wrote. “We will continue to fight government overreach at all levels with whatever resources the legislature gives us.”