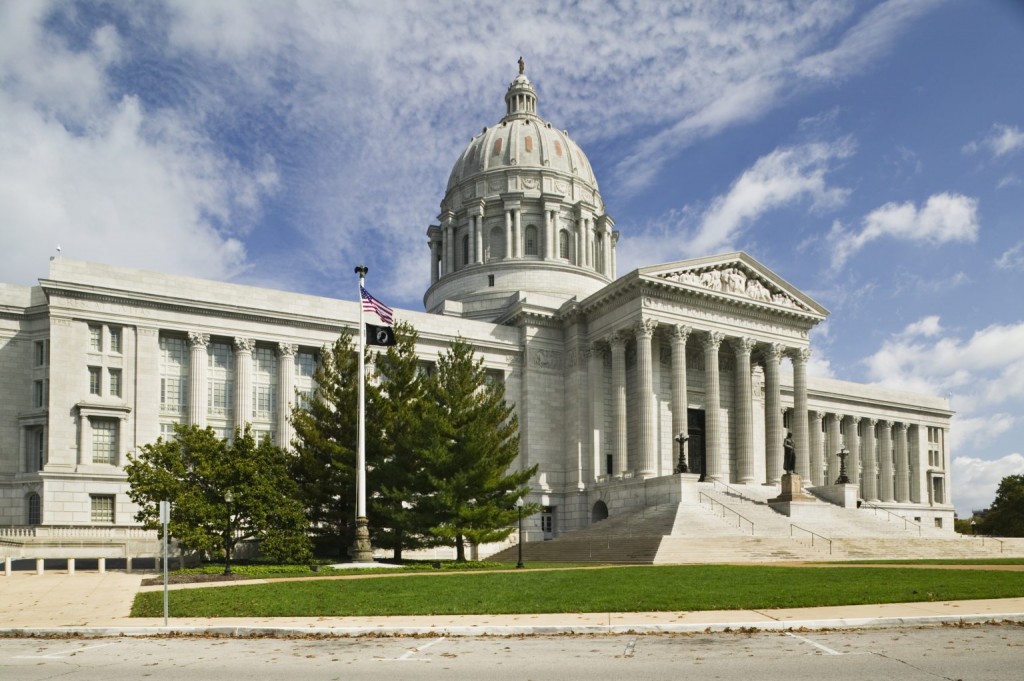 State and local law enforcement would be prohibited from enforcing certain federal gun laws under legislation approved Thursday night by the Missouri Senate.

For more than six hours, Democratic Senators tried to add an amendment to the bill aimed at keeping people convicted of domestic abuse from buying and keeping firearms — but ultimately failed.

The bill now goes back to the House. If it passes there, which is expected, it would head to the governor’s desk.

The bill creates a “Second Amendment Preservation Act,” which would mandate that law enforcement officers face fines if they “infringe” on Missourians’ Second Amendment rights.

Some of those laws would include imposing certain taxes on firearms, requiring gun owners to register their weapons and laws prohibiting “law-abiding” residents from possessing or transferring their guns.

“The passage of the Second Amendment Preservation Act sends a strong message to those in Washington, D.C. that we will not stand idly by as those in the federal government try to limit the Second Amendment rights of Missourians,” said Senate President Pro Tem Dave Schatz, R-Sullivan, in a statement.

The bill would also fine any law enforcement agency $50,000 every time their officer deprives Missouri citizens of their rights to bear arms.

Democrats decried the measure as dangerous — especially when the state continues to struggle with gun violence. A similar but more far-reaching bill was passed the Missouri House and Senate in 2013 but vetoed by then-Gov. Jay Nixon, a Democrat.

While people convicted of felony domestic violence charges are not allowed to buy or have guns, people with misdemeanors are. Arthur’s amendment aimed to change that.

Williams said it would have protected people like his mother, who was in an abusive relationship when he was a child.

“It’s not about guns,” Williams said. “It’s about people. It’s about victims. It’s about preventing what happened to my mom, or other victims that will never ever know.”

Law enforcement leaders Williams spoke with opposed the bill, he said. However in a statement, Greene County Sheriff Jim Arnott said he worked with Senate leadership on the bill.

“They listened to sheriffs’ concerns we had with previous language and made this a bill we can all stand behind,” Arnott said.

While several Republican senators called the bill non-controversial, Williams called it, “a political stunt to incite a political base,” and pointed to the Jan. 6 insurrection.

“We saw in Washington,” Williams said, “when political stunts go too far, folks get hurt and they create very dangerous environments.”

During the debate, Arthur said she was receiving threats from supporters of the bill, while she was speaking about her amendment. Earlier, Senate Majority Leader Caleb Rowden, R-Columbia, confirmed that he, too had received threats.

“You are getting threats as we speak by individuals who are upset that you want to protect the life of a victim,” Sen. Greg Razer, D-Kansas City, said to Arthur as they discussed the bill on the Senate floor. “And they are threatening you because they see you as being against the rights of a wife beater.”

Arthur responded to Razer that her amendment had nothing to do with law-abiding citizens.

“This has everything to do,” she said, “with someone who has been convicted of domestic violence of hurting a family member, a loved one, a wife, a girlfriend, or a child.”