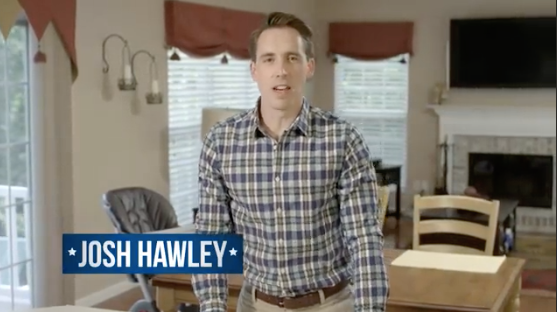 This afternoon, Missouri Attorney General Josh Hawley and Missouri Secretary of State Jay Ashcroft — both freshly elected Republicans — teamed up for a press release to trumpet a $864 million settlement with Moody’s Investors Service for its role in the events that led to the 2008 financial crisis.

As one of 21 states that, along with the Department of Justice, brought the lawsuit against Moody’s, Missouri will get $12.2 million of that pie. Sleazy Wall Street money coming back to the state of Missouri: pretty good news!

Unmentioned in the release is the fact that, aside from simply signing the court documents, neither Hawley nor Ashcroft had anything to do with Missouri obtaining its share of the settlement. They’ve been in office for less than 10 days. The credit for that goes to the offices of the Democrats they replaced: Chris Koster and Jason Kander, respectively. Of the five attorneys the release recognizes for representing the state of Missouri on the case, four came into the AG’s office under Koster’s tenure, according to LinkedIn. The fifth, recently retired, joined the office thirty years ago.

Splitting hairs, perhaps. Well, but there’s this other bit, too: the release contains a quote from David Minnick, whom Ashcroft has appointed to be the state’s commissioner of securities.

“Our continued focus is investor protection for all Missourians,” Minnick declares.

Stifel, in fact, has been investigated by Missouri’s securities division at least twice in recent years. Both occurred while Minnick held a leadership role at the company.

In 2010, a Stifel broker was ordered to pay back $78,000 in fees to investors after admitting he was the only one who benefited in some of the transactions he recommended. Stifel was fined $130,000 and had its registration censured.

In 2012, Stifel agreed to pay $530,000 to investors, plus another $570,000 to the state, after one of its brokers, Kenneth Neely, sold shares in a fraudulent real estate investment trust to investors. The company was held responsible for “failing to detect and respond to…Neely’s outside business activities; his private securities transactions; client account distributions; and customer correspondence to Stifel regarding concerns about their accounts.” In other words, the company failed to do all the things Minnick is now tasked to do for the state.

Also, last year, Stifel settled a lawsuit brought by the Securities and Exchange Commission over the company selling $200 million worth of risky CDOs to a Wisconsin school district.

We look forward to observing the other ways — besides tossing quotes into press releases for things he had nothing to do with — that Minnick will protect Missourians.