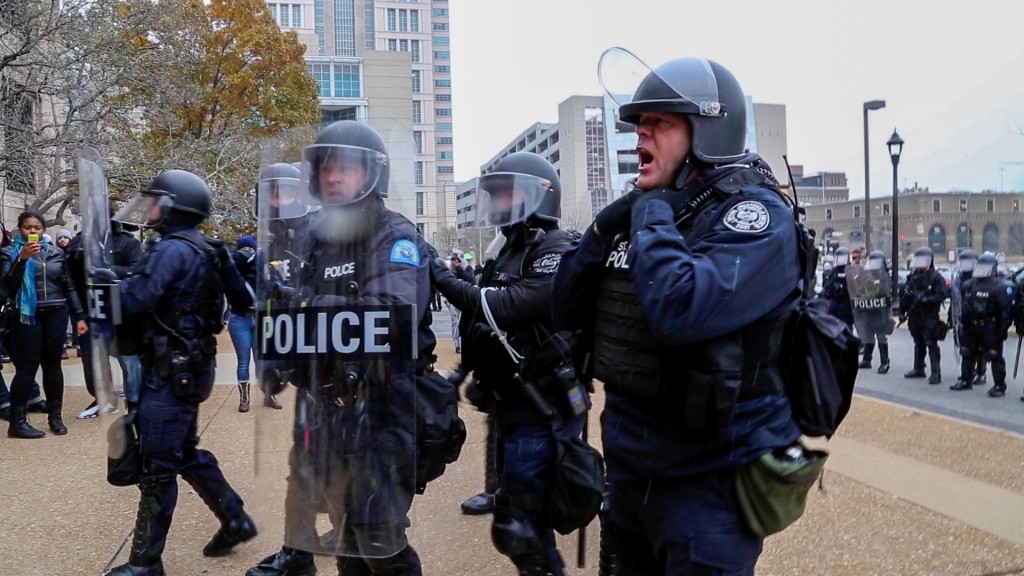 Missouri Republicans have pushed through a bill that would penalize cities that cut police budgets and bolster protections for officers under investigation for misconduct.

The House took a final vote on Friday afternoon, sending the bill to the governor’s desk.

The bill’s sponsor, Sen. Bill Eigel, R-Weldon Spring, said the budget piece was a way to counter the call to “defund the police,” an umbrella term that includes ideas like allocating police funds to hire social workers to handle certain 911 calls.

St. Louis city is currently proposing to do this, with the support of the police chief.

“There’s a tremendous amount of pressure on our law enforcement agencies,” Eigel said during Senate debate on Friday morning. “And there’s a lot of folks that are trying to so-called defund our police departments. So this is a protection that we put in there.”

Before the bill passed in the House, several state representatives decried that portion of the bill, saying it will tie the hands of cities when they need to adjust their budgets.

“There’s plenty of cities that decide to merge police departments or decide to cut services,” said State Rep. Shamed Dogan, R-Ballwin. “For us to assume that the reason that they’re doing that is because they’re anti-police, not because they’re just facing budget crunches… I don’t want to set that precedent.”

The bill would also make it a felony for those who vandalize public monuments, causing more than $750 in damage. The language is a response to protesters trying to tear down what they saw as racist monuments this past summer.

Sen. Karla May, D-St. Louis, said that there are already laws regarding vandalism on the books, and the language is going to cause “undue harm” to people.

“So a little kid who’s throwing rocks or bricks at something and breaks the arm or the toe off some statue in a public place, now he’s a class E felony,” May said to Eigel Friday morning. “Doing things just to be doing them causes unintended consequences.”

Dogan and others expressed concerns about the Law Enforcement Officers’ Bill of Rights. Earlier this year, St. Louis Metropolitan Police Chief John Hayden sent a letter to legislators expressing concerns about the bill because it requires the police department to give officers advance notice that they are being investigated for misconduct, which could jeopardize an investigation. That portion wasn’t taken out of the bill.

“Chief Hayden has serious concerns,” Dogan said. “None of them were taken into account.”

The House tacked on several amendments, including outlawing police officers using chokeholds and having sexual conduct with detainees as well as curbing Kansas City’s residency requirements for officers.

However, these provisions were also added as amendments to the sweeping crime bill, Senate Bill 53, which the Senate voted on Wednesday to send the bill to the governor’s desk. The House followed in passing the law Thursday morning.

Another amendment added a “Police Use of Force Transparency Act of 2021,” requiring all law enforcement agencies to collect and report local data on use-of-force incidents to the F.B.I.’s National Use of Force Data Collection.

Some unrelated amendments, regarding regulating pesticides and fences for private properties, also made it on the bill.

Rep. Mark Sharp, D-Kansas City, added language that minors who have served at least 15 years of their sentence would be eligible for parole, except in certain cases like murder in the first degree.

The amendment was inspired by Bobby Bostic, who was sentenced to 241 years in prison when he was 16 after he and a friend committed a pair of armed robberies in 1995.

Republicans agreed to remove the bill’s most controversial provision, which would have made blocking roads a felony on the third offense. Protesters in the Black Lives Matter movement have blocked intersections for symbolic amounts of time to bring attention to the issue of police brutality. For instance this summer, protesters often interrupted traffic for nine minutes, representing the length of time former Minneapolis police officer Derek Chauvin kneeled on Geroge Floyd’s neck, ultimately murdering him.

After hearing the outcry about this language, Republicans took out this portion, but State Rep. Rasheen Aldridge, D-St. Louis, said overall the bill is still “dangerous.” There is a provision that would make people who are charged with assaulting a law enforcement officer or first responder ineligible for parole for the duration of their sentence.

“This bill does nothing to ensure that individuals that may do something wrong that they are getting a second chance,” Aldridge said. “We are sending the wrong message that we really want to have great relationships with law enforcement.”