If passed, the state would have two years to put the proposed changes into effect. 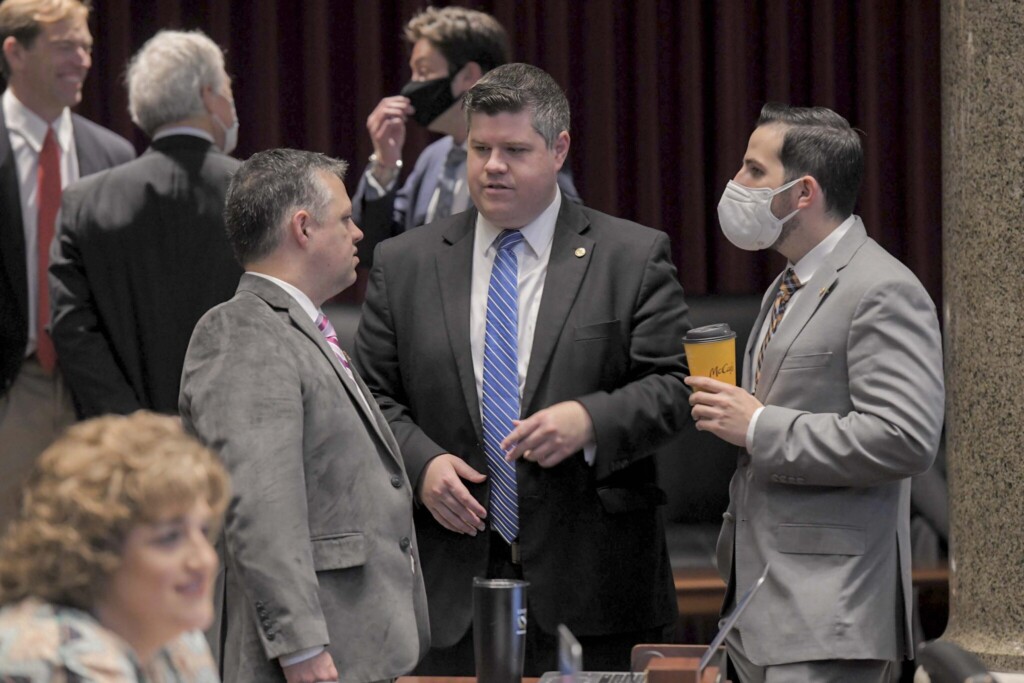 Crista Hogan estimates tens of thousands of people in Greene County are eligible to clean their criminal records of old non-violent misdemeanor and felony offenses — offenses she says limits their access to good-paying jobs and safe housing.

But under state law, it requires people to file an arduous petition in court, along with a $250 fee.

“I’m a lawyer, and I would never attempt to do this,” said Hogan, executive director of the Springfield Metro Bar Association. “It’s complicated. And also if you mess up, then you’ve messed up for a pretty long period of time before you can file again.”

In 2018, the Bar Association teamed up with Legal Services of Southern Missouri to provide free legal aid to help people through the process. Yet every year, they only get about 50 cases across the finish line, she said.

The two legislators wrote the “Clean Slate” bill in partnership with a wide-ranging coalition of organizations, including the advocacy group Empower Missouri, the Missouri Association of Prosecuting Attorneys, faith-based groups and expungement-law experts.

If passed, the state would have two years to put the proposed changes into effect. Beginning Aug. 28, 2025, the office of state courts administrator would have to identify all records of charges and convictions eligible for expungement on a monthly basis.

The National Clean Slate initiative estimates that 518,000 Missourians will benefit from the legislation within the first couple of years.

“We realized only about 1% of Missourians who are eligible for expungement are currently receiving it,” Trent said. “We want people to be able to take advantage of the expungement laws in the state and be able to have those benefits.”

Christofanelli said it’s a “common sense bill” that will be good for the state’s economy and for families.

“We’re in a workforce crisis right now,” he said. “We want as many people going back to work as possible, and we want to prevent recidivism.”

An increase in crime, he said, often comes when people don’t have access to housing or jobs.

The law also limits the number of expungements to one felony and two misdemeanors. This proposal seeks to increase that limit to three felonies and five misdemeanors.

If people want quicker results, they would be able to use the existing petition process one year after the sentence of a misdemeanor is served and three years for a felony.

Mallory Rusch, executive director of Empower Missouri, said when the nation’s criminal justice system was set up, it was before the internet, databases and background checks existed.

“We have to think about the long-term ramifications of a criminal record,” she said, “and make sure that we are not punishing people for the rest of their lives for a crime that resulted in a one-year probation sentence.”

“[She] noted that her children are doing a life sentence with her because she tried to cash a stolen $700 check,” Sinquefield said. “She struggles to keep food on the table and a roof over their head because it’s been difficult to secure stable employment with a felony record. Clean Slate would help entire families.”