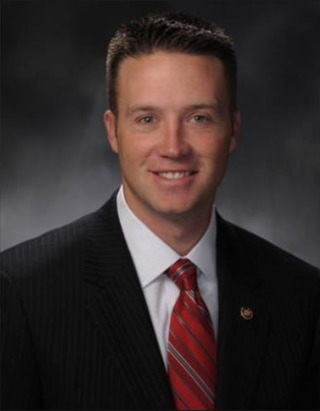 A bill currently making its way through the Missouri Senate could inhibit forms of protest against the state’s “critical infrastructure,” which includes pipelines and a long list of other industrial facilities and projects.

The surface language of SB 293 suggests it merely seeks to heighten the consequences for trespassing on these infrastructure properties. But in fact it could criminalize protests on those sites.

Under the legislation, anyone who steps foot on one of these properties with the intent to “impede or inhibit operations of the facility” would be charged with a Class A misdemeanor, which could result in up to a year in jail and/or a $2,000 fine.

Any “damage of a critical infrastructure” would result in a Class C felony, which could mean up to 10 years in prison and up to a $10,000 fine.

The proposal also seeks consequences for organizations “found to be a conspirator with persons who are found to have committed any offenses.”

Meaning: if even one person at a protest does anything to violate this proposed law, organizations involved in the same protest could be held liable for that one person’s actions. The legislation outlines that organizations could be punished with a fine up to $100,000 — “a fine that is ten times the amount of the fine attached to an offense.”

Supporters of the bill say it would help ensure the protection of infrastructure like pipelines, refineries, telephone lines, and railroads, which are critical to the functioning of the state. Sen. Lincoln Hough, R-Springfield, the sponsor of the legislation, told a Senate utilities committee in February the bill strikes “balance between the need to protect our critical infrastructure in the state while also maintaining First Amendment rights.”

But there are already laws on the books that prevent and penalize trespassing and vandalism. Also, no recent incidents suggest any need for increased protection of these properties.

SB 293 mirrors model legislation drafted by the American Legislative Exchange Council (ALEC), a conservative lobbying group associated with a variety of conservative causes. But Missouri’s bill goes one step further by including facilities under construction.

“If they’re planning a pipeline and someone stands there with a sign, or someone chains themselves to a bulldozer, or many of the other things people do to try to stop projects in order to protect the land that they love,” Berg asks, “how can someone claim that that is critical infrastructure to the functioning of the state of Missouri if it has not even been built?”

ALEC’s proposed legislation has also been making its way through the Indiana, South Dakota, North Dakota, Oklahoma, Louisiana, Ohio, and Iowa state legislators. Missouri’s bill, which is nicknamed the “Pipeline Protest Bill”, passed 9-2 in the Commerce, Consumer Protection, Energy and the Environment Committee on March 14. Sen. Mike Cierpiot, who represents Eastern Jackson County, voted to move the bill forward. Cierpoit’s staff told The Pitch the senator said he would “probably not” have a comment on the bill. Senators Gina Walsh, D-St. Louis and Carla May, D-St. Louis voted against moving forward with the legislation.

“We still have free speech in this country, and I think that we need to protect that, obviously,” says Sen. Walsh, who was a pipeline insulator for 30 years. “But I also think that we oftentimes step over the line and try to pass things here [in Missouri] that are looking for a solution for a problem that isn’t really occurring.”

Last week, the legislation was placed on the Missouri Senate’s informal calendar. Berg is concerned that because the bill is still moving this late in the legislative session, it may have a decent chance of passing.

But Robin Martinez, a Kansas City lawyer who provided legal support for protests over the Keystone XL and Dakota Access Pipelines, thinks if the bill does pass, it would immediately result in a lawsuit for violating First Amendment rights.

He says the probability of parts of the bill being knocked out in court would be high, and that the fourth section penalizing organizations would be most likely to fall apart, due to the fact that the U.S. Supreme Court ruled in NAACP v. Claiborne Hardware Co. in 1982 that organizations cannot be “liable in damages for the consequences of their nonviolent activity.” He says it would be harder to fight the rest of the bill, but that it might be possible if the intentions for the legislation can be proven.

“I can see where the folks who wrote the bill are trying to go with this,” says Martinez. “To the extent that you could tie that particular language into the idea that it is intended to suppress First Amendment activities, you know, there’s an opening there to attack that.”

While the bill works its way through the Missouri Legislator, Berg encourages people to tell their state senator not to support SB 293.