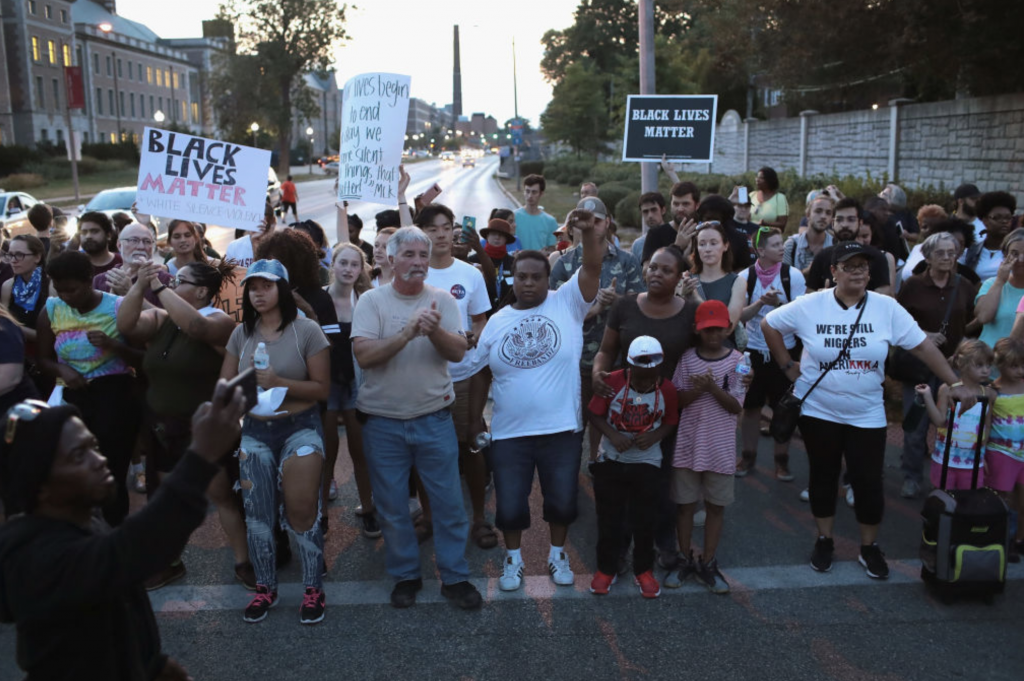 A bill criminalizing protesters that intentionally block roadways and shielding police disciplinary records from public view grew even more controversial on Tuesday, with the House adding dozens of amendments before sending it back to the Senate for consideration.

Senate Bill 26, which was inspired by protests nationwide this summer decrying police brutality, also sought to prevent municipalities from cutting law enforcement budgets by more than 12 percent over five years.

But by the end of the more than five-hour debate, roughly 40 amendments were tacked onto the bill, ranging from outlawing police chokeholds to curbing Kansas City’s residency requirements for officers to allowing firearms to be carried into houses of worship without the congregation’s consent.

The legislation passed by a vote of 98 in favor to 50 against. It now goes back to the Senate, where it’s likely headed to a conference committee, where members of both chambers will meet to work out the differences in the bill and reach a consensus.

Under the bill, a person’s first offense of “unlawful traffic interference” would be an infraction, the second would be a misdemeanor and the third would be a felony. Supporters of the legislation said their intention was to protect safety and ensure law enforcement can effectively do their jobs.

“We’re trying to protect not only those wanting to lawfully protest,” said Rep. Nick Schroer, R-O’Fallon, “but we’re also trying to protect the people that are using the interstates in the way that they should be used, and that’s traversing back and forth at very high rates of speed.”

Meanwhile, opponents said it would not serve to curb protests but criminalize Black residents in their communities.

While attempts to restrict qualified immunity and require the duty to intervene failed, lawmakers were able to tack on provisions intended to further other criminal justice reforms.

In June 2018, Missouri passed a law to stop automatically charging 17-years olds as adults. But it has yet to go into effect throughout most of the state as a majority of Missouri prosecutors say the law is contingent on funding.

Rep. David Evans, R-West Plains, added language that would clarify the law and work to ensure its uniform implementation statewide. It contains an emergency clause which would go into effect upon the bill’s passage.

Under another provision added by Rep. Mark Sharp, D-Kansas City, minors who have served at least 15 years of their sentence would be eligible for parole, except in certain cases like murder in the first degree.

The amendment was inspired by Bobby Bostic, who was sentenced to 241 years in prison when he was 16 after he and a friend committed a pair of armed robberies in 1995.

“When we look at our juveniles, I think the real question is, what is the point of sentencing?” Sharp said. “Are we trying to reform these individuals or are we just trying to put them away?”

But Rep. Raychel Proudie, D-Ferguson, said that while she liked the amendment, she would be voting against it — and every amendment offered to the bill — because the underlying bill “is trash in my opinion.”

“If we stand for nothing, we should stand for integrity in this building,” Proudie said, later adding: “I have the privilege of representing Ferguson, Mo. And no matter how you feel about what happened in 2014, folks were availing themselves of their democratic right to protest.”

Lawmakers continued to clash as they fought to add amendments, some of which had not been standalone bills that had moved through the process.

Rep. Shamed Dogan, R-Ballwin, added an amendment that would ban police officers’ use of chokeholds on someone’s neck to limit air flow, unless in defense of serious physical injury or death, and also prohibit officers from engaging in “sexual conduct” with someone who is detained or held in custody.

Both provisions are also included in Senate Bill 53, which was paired with a controversial measure to repeal a requirement that Kansas City police officers reside within the city. The bill was passed out of the House Wednesday afternoon by a vote of 138 in favor and 11 against. Four members voted present.

Rep. Bennie Cook, R-Houston, attempted to add language to Dogan’s amendment that would require those convicted of assault in the second degree of a law enforcement officer, or other “special victims,” serve at least 85 percent of their sentence.

Rep. Kevin Windham, D-Hillsdale, noted the bill already restricts eligibility for probation in instances of felony convictions where the victim is a law enforcement officer. While Schroer said preventing attacks on law enforcement officers is needed, “I don’t want something to get on that’ll ultimately kill the bill.”

Cook ultimately withdrew his amendment, while Dogan’s passed 111 in favor to 34 against.

The bill also includes what’s been dubbed a “bill of rights” for law enforcement, that would require law enforcement agencies give officers notice of an alleged violation. Police chiefs have argued such provisions could jeopardize investigations.