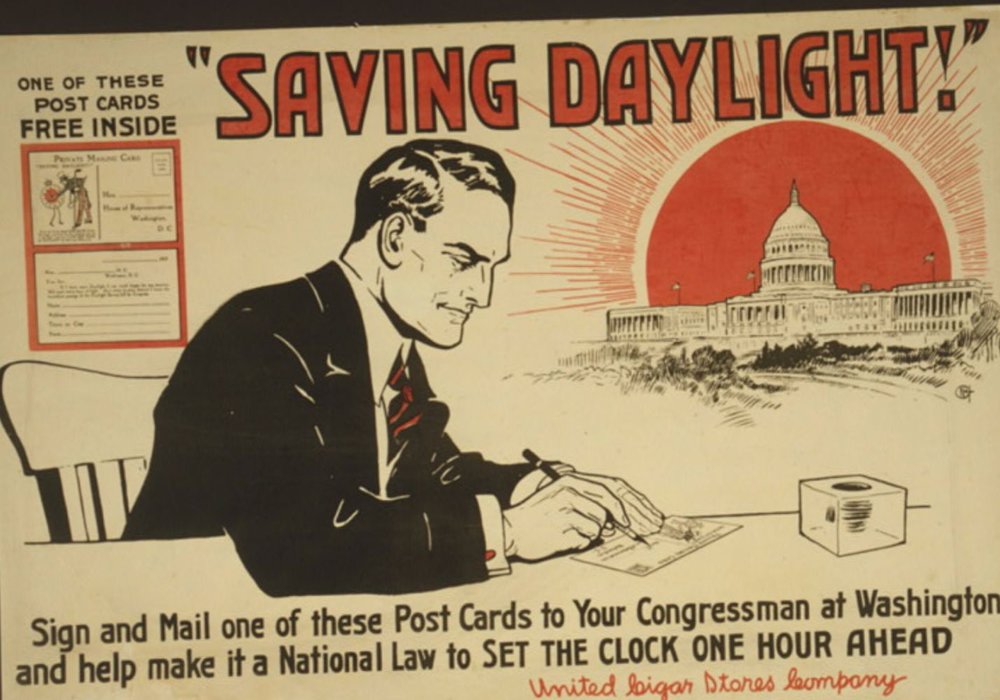 A postcard from 1918 promoting daylight saving time. // Courtesy of the Library of Congress

On April 14, the Missouri House gave preliminary approval to a bill that would establish permanent daylight saving time in the state—under the condition that three of our eight border states do the same.

Many proponents of the change cited the inconvenience of changing clocks twice a year for seemingly arbitrary reasons. Those opposed primarily argued that students would be at higher risk under a permanent daylight saving time, where they would have to wait for the bus in the dark. Rep. Barbara Phfier, D-Kirkwood, noted that energy consumption increased in the U.S. when they tried the switch in the 1970s.

All states need congressional approval to establish permanent daylight saving time, but Missouri is not the first to get in line. If this bill passes, Missouri would be the 32nd state waiting for federal approval for the change.

Many think that Daylight Saving Time was established for the benefit of farmers when the U.S. was a majority agrarian economy. This is a common misconception. The U.S. had Daylight Saving Time as early as 1918 and was used off and on, mostly during WWI and WWII to conserve fuel. According to the Farmer’s Almanac, farmers have always been among those most opposed to DST because “it’s the sun and the seasons that determine the best times to do things,” not an arbitrary time change.

The primary cause for this nationwide effort, and the reason many have trouble during the time changes, are the negative side effects that come from not having a uniform time. Fewer hours of sunlight during the winter under DST means increased depression for about 20% of people in the U.S. Research shows that a year-round DST would decrease traffic fatalities that occur because of the time switch.

A bipartisan group in Congress is pushing the Sunshine Protection Act, which was first introduced by Sen. Marco Rubio (R-Fl.) in 2018. The act would move the entire country to a year-round Daylight Saving Time.

Missouri’s bill needs another vote in the House before moving on and being voted on in the Senate.

To be clear, we endorse the views of Jonah from VEEP on this subject.