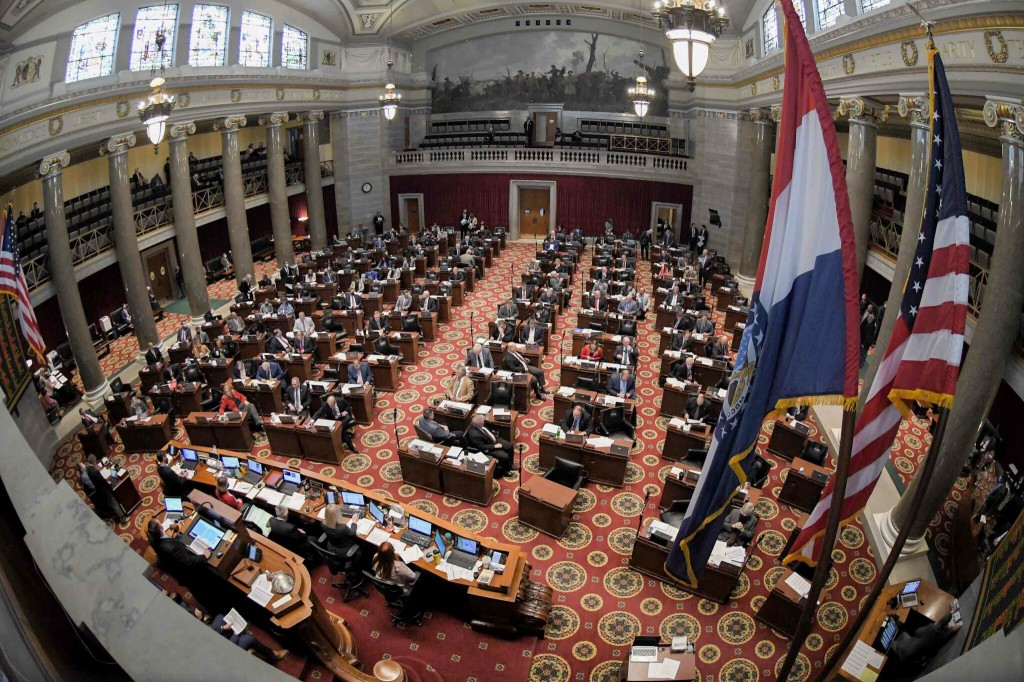 A bill that would make it a felony to donate fetal tissue from abortions for research or therapies won first-round approval in the Missouri House Tuesday, but lawmakers blocked an effort to make it illegal to help women obtain an abortion outside the state.

The bill sponsored by Rep. Hannah Kelly, R-Mountain Grove, grew quickly during debate. Lawmakers tacked on provisions that would bar taxpayer funds from going to abortion providers or their affiliates, create an offense for trafficking abortion-inducing drugs and allow family members to bring wrongful death lawsuits in the instance that a baby “born alive” after an attempted abortion dies.

The bill requires a final vote in the House before it is sent to the Senate for consideration.

“This bill is about standing up for life,” said Rep. Sara Walsh, R-Ashland, whose legislation establishing the “Born-Alive Abortion Survivors Protection Act” was added as an amendment to the bill.

The only anti-abortion provision offered Tuesday that didn’t make it onto the final bill was a much-discussed proposal that aimed to limit women from seeking abortions outside Missouri. It would have made it illegal to perform or “aid or abet” an abortion for a Missouri resident — regardless of where the procedure occurs. It would provide exceptions in instances where the abortion is needed due to a life-threatening condition.

“There’s billboards that say, ‘Come to Illinois for your abortion,’” Coleman said. “And so… that kind of advertising would be illegal.”

But before her amendment could be brought to a vote, state Rep. Brian Seitz, R-Branson, maneuvered to block her with a substitute amendment. His proposal, mirroring a bill he sponsored earlier this year, would make distributing abortion-inducing drugs that are used in violation of state or federal laws a class B felony, which can result in five to 15 years in prison.

Seitz’s amendment was adopted by a vote of 93 to 48. That prevented a vote on Coleman’s proposal, suggesting the majority of lawmakers may not have an appetite for Coleman’s amendment that critics had called “shocking.”

Like Texas’ recent law that banned abortions after fetal cardiac activity is detected, Coleman’s proposal would be enforced through private litigation. Under the bill, lawsuits could be filed against those who violate its provisions, that range from providing transportation to get an abortion or even hosting a website Missourians can access that facilitates obtaining one. If successful, plaintiffs could be awarded $10,000, in addition to attorney fees.

Following Tuesday’s vote, Seitz said he felt his amendment was “a more perfect fit” and noted that the language he offered had already been vetted through the committee process. Coleman’s amendment has not been filed as a standalone bill.

“Any language that was in the bill that could have been confusing was taken out,” Seitz said of his amendment, “and I think that’s what a good committee does.”

Coleman could not immediately be reached for comment after Tuesday’s vote.

Seitz’s bill had faced uproar over a provision that dealt with ectopic pregnancies, which are nonviable and occur when a fertilized egg implants outside of the uterus. The provision was among those removed during committee action last week.

Rep. Wes Rogers, D-Kansas City, argued the language would still make people criminally responsible if they tried to help a friend with an ectopic pregnancy obtain an abortion by ordering abortion-inducing drugs online. Seitz’s bill would not allow the woman receiving the abortion to be prosecuted.

Versions of the bill have been proposed by Republican lawmakers for years, and Democratic lawmakers decried that the amendment was even needed.

“You’re trying to disincentivize people to have abortions by threatening them with lawsuits by their own children,” Rep. Keri Ingle, D-Lee’s Summit, said.

Republican lawmakers have already successfully limited access to abortion in Missouri. With one remaining abortion clinic in the state, the number of abortions has steeply declined from the more than 6,000 abortions a decade ago.

According to preliminary figures, last year 151 abortions occurred in Missouri, which includes those that occurred in hospitals, Lisa Cox, a spokeswoman for the Department of Health and Senior Services said. In 2020, the number of abortions was only slightly higher at 167, while in 2019 there was 1,471.

If the U.S. Supreme Court overturns, even partially, the landmark Roe v. Wade decision that recognized a woman’s right to have an abortion, that number could drop close to zero when a provision of state law banning abortions except in medical emergencies would be permitted to go into effect.

Meanwhile, more Missourians are traveling out-of-state to receive abortions than the number occurring within state lines.

“My bills, I think you’re seeing get so much attention, because they really would close that,” Coleman previously said in an interview, “and make sure that women are protected here in the state, and that their children are as well.”

If Coleman’s amendment is successful in becoming law, ultimately some patients will be unable to access care and for others it will mean trying to terminate their pregnancies without medical support, Wales said.

“The idea that in a modern society where we protect civil liberties,” Wales said, “you would be forced to take care of yourself with no medical support for what is a very safe and should be legal procedure is shocking.”