The $500 million tax rebate, crafted in final weeks of legislative session, is the largest of Gov. Mike Parson’s almost $650 million in vetoes. 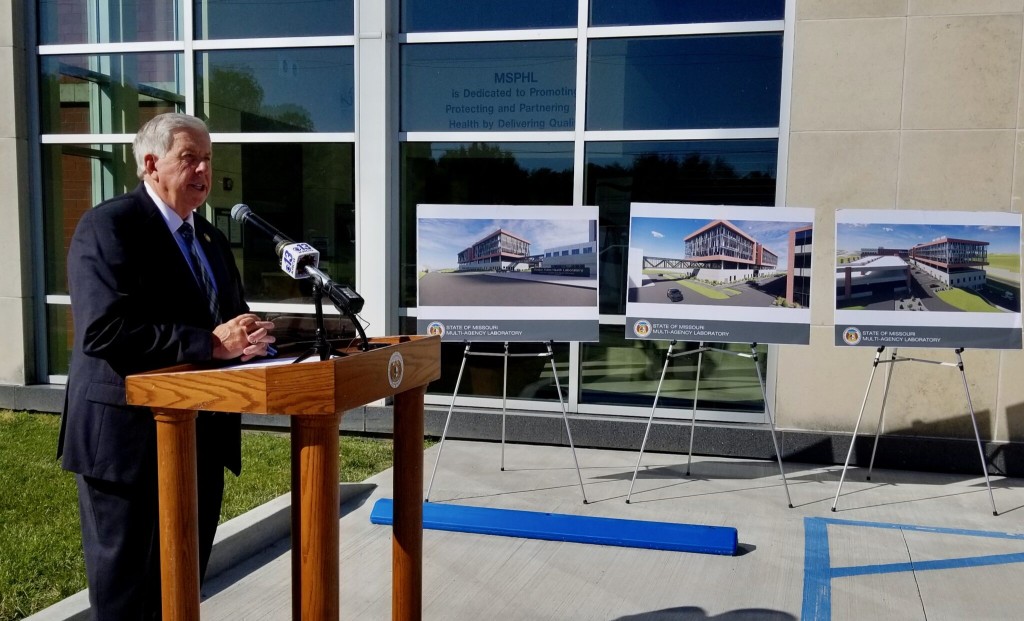 An avalanche of tax revenue is bulging Missouri’s treasury, but tax rebates approved by lawmakers won’t be coming to taxpayer bank accounts.

The record surplus does, however, mean schools get more for transportation, college students get more money in scholarships and many Medicaid providers will see a rate increase in the fiscal year that begins Friday.

There’s also money for an extraordinary $500 million deposit into the Missouri State Employees Retirement System, or MOSERS, fund, as well as construction projects on every college campus.

When the new state fiscal year begins on Friday, a general revenue surplus estimated in January to be about $3 billion will be closer to $4.5 billion. And if revenues don’t grow at all in the coming year, the budget signed Thursday by Gov. Mike Parson could end in a year with a surplus of almost triple the January estimate of $1.5 billion.

The budget Parson approved on Thursday totals a record $49 billion.

The problem with the tax rebate plan, Parson wrote in his veto letter to lawmakers, was that they included a budget item setting money aside but without an accompanying item to spend it. That “would likely violate” the constitution, Parson wrote.

The rebate plan, hastily crafted as lawmakers were finalizing the budget, called for payments of up to $500 for single taxpayers and $1,000 for married couples. It is expected that the bill setting up the statutory framework for the rebates will be vetoed but Parson will not announce final legislative actions until Friday.

Parson will also hold a news conference to discuss his final legislative actions, including vetoed bills and appropriations.

House Budget Committee Chairman Cody Smith, who sponsored the tax rebate plan, could not be reached for comment on Parson’s actions. The ranking Democrat on the Budget Committee, Rep. Peter Merideth, D-St. Louis, applauded the veto.

Under the plan approved by lawmakers, each taxpayer owed a rebate would get a prorated amount of the $500 million, up to the total they paid the state in income taxes. During debate on the rebates, Democrats argued for a flat amount for each tax filer.

California enacted a rebate plan that will give payments of $350, $250 or $200 to income tax filers, with the amount based on their income level and the largest checks going to those with the lowest incomes.

“Democrats have been OK with the concept of one-time tax relief as long as it is going to the people who need it the most,” Merideth said.

In addition to the tax rebate funding, Parson vetoed $144 million in other appropriations. Most of that, $125.2 million, is spending items added by lawmakers using federal COVID-19 relief funds.

The second-largest item vetoed by Parson was $83 million for a new Missouri State Highway Patrol academy building he did not recommend.

The “cost of the project is significantly higher than the appropriated amount,” Parson wrote in his veto letter. There are legal problems with the site that must be solved and the new academy should be “part of a comprehensive state facility plan.”

The budget plan he approved has $460 million for construction on college campuses, $148.7 million for community health provider capital improvements, $608 million for investments in drinking water, wastewater, and stormwater infrastructure and $356.5 million for broadband expansion projects.

Thursday morning, Parson presided over an event to show off drawings of a new multi-agency state laboratory to be constructed alongside the existing State Public Health Laboratory. Parson brought representatives of the agencies that will use the new lab and said it will speed up their work.

Lawmakers set aside $104.7 million for the new lab. The investment will total about $180 million when it is fully functional, Parson said.

In the news release about his budget actions, Parson said he was pleased by the spending plan he received.

“This past session was often obstructed by petty infighting and personal political interests, but common sense prevailed,” Parson said. “We applaud members of the General Assembly for capitalizing on this opportunity and prioritizing the continued success of our state.”

Other major items in the budget include:

“With record revenues, strong economic performance, and significant sums of Missourians’ federal tax dollars returning to our state, this session we met the moment and approved strategic investments that will serve generations of Missourians,” Parson said in the news release.

Parson also approved additions to his budget plan that are small in the scope of all state spending but will have a big impact on the people and institutions involved. Lincoln University, for the first time in its history, will receive a state appropriation of $9.7 million to match all the available federal land-grant funding. And there’s $495,000 to launch a prison nursery program so newborns do not have to be separated from incarcerated mothers.

The governor used a light hand on the budget, Merideth said, and left in place many of the increases in spending that Democrats have pushed in past years.

“Overall,” Merideth said, “it looks like the governor made really responsible choices.”