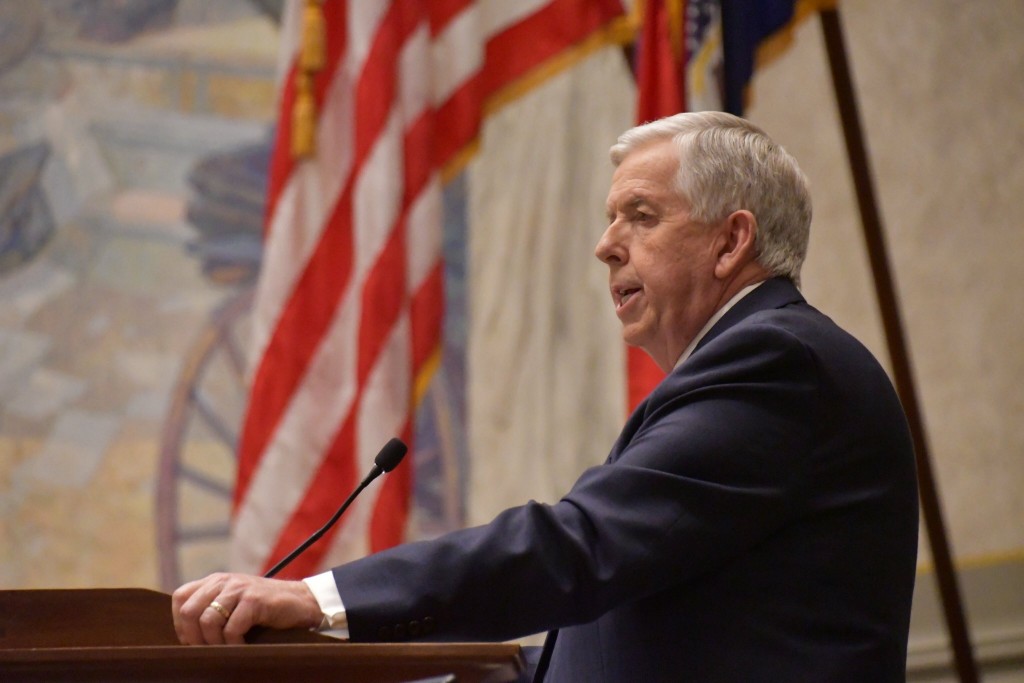 Missouri will not expand Medicaid coverage to working-age adults on July 1 because lawmakers refused to include funding for the health care program in the state budget, Gov. Mike Parson announced Thursday.

In a news release, Parson said the state was withdrawing documents submitted to the federal government necessary to add the approximately 275,000 people who would be eligible for coverage under the voter-approved expansion.

Parson’s action sets up an expected court challenge and forces supporters to argue that eligibility is set under the initiative and the state must provide the coverage.

“Although I was never in support of MO HealthNet expansion, I always said that I would uphold the ballot amendment if it passed,” Parson said in the news release. “The majority of Missouri voters supported it, and we included funds for the expansion in our budget proposal.

“However, without a revenue source or funding authority from the General Assembly, we are unable to proceed with the expansion at this time and must withdraw our State Plan Amendments to ensure Missouri’s existing MO HealthNet program remains solvent,” he said.

In his January budget proposal, Parson, a Republican, asked for $130 million in general revenue and $1.9 billion overall to pay for the coverage. Efforts to keep the funding in the $35.1 billion budget for the year beginning July 1 drew solid support from Democrats, who hold fewer than one-third of legislative seats, but only a handful of Republicans joined them.

Overall, Parson’s budget proposed spending $14.1 billion for Medicaid, including $2.7 billion in general revenue, according to budget documents. Medicaid in Missouri cost $10.8 billion in fiscal 2020, about 4 percent more than the previous year.

Some supporters have said Parson could have used existing spending lines for Medicaid to provide coverage but it likely would have caused a shortfall in the overall program, setting up a new appropriations fight over a supplemental budget.

But in the news release, Parson’s office stated that he doesn’t feel he can do that.

“Since the ballot initiative was not self-funding and the General Assembly declined to appropriate funds, the executive branch lacks authority to proceed with MO HealthNet expansion at this time,” the release stated.

Those statements are echoed in the letter signed by Jennifer Tidball, acting director of the Department of Social Services, to the federal Center for Medicare and Medicaid Services withdrawing the state’s plan amendments to implement expansion.

“The Constitution says Medicaid Expansion happens on July 1,” Rizzo said in a news release. “There is more than enough money in the budget to implement expansion. This is the governor caving to the new Authoritarian Republican Regime that doesn’t respect the outcome of elections. This governor is determined to block people’s healthcare while violating his oath to uphold Missouri’s Constitution.”

One of the first reactions to Parson’s announcement was from the American Cancer Society. Emily Kalmer, the group’s government relations director, issued a statement calling for Parson to allow expansion to go ahead despite legislative actions on the budget.

Missouri Jobs With Justice, a liberal group that helped pass Medicaid expansion, issued a statement accusing Parson of breaking his pledge to the state.

“Governor Mike Parson promised Missourians for nearly a year that he would honor and uphold our vote and implement the constitutionally required expansion of Medicaid on July 1,” the statement sent by spokeswoman Crystal Brigman Mahaney said. “Today, he chose to make all those promises a lie.”

The initiative approved in August 2020 requires Missouri to provide Medicaid coverage to people aged 19 to 65 with household incomes less than 138 percent of the federal poverty guideline, or $17,774 a year for a single person. That is equal to working about 33 hours a week at the state minimum wage of $10.30 per hour.

For a household of four, the limit is $36,570, the income of one person working full at $17.58 an hour or two people working a combined 68 hours a week at minimum wage.

But the Missouri Constitution prohibits initiatives that require lawmakers to make new appropriations without also providing a source of money. The Western District Court of Appeals rejected a pre-election challenge to Medicaid expansion because it did not explicitly require a new appropriation. Whether that was true would be determined when the amendment was implemented, the court said.

Parson’s actions mean Missouri will not receive a reduction in state costs for the traditional Medicaid program offered by the American Rescue Plan Act passed in March. That change, an incentive for the 12 states that haven’t expanded Medicaid coverage under the Affordable Care Act,  cut the state’s share by 5 percent, estimated to produce a savings of more than $1 billion over the next two years.