Missouri got $185M for school COVID testing. Programs aren’t up and running yet 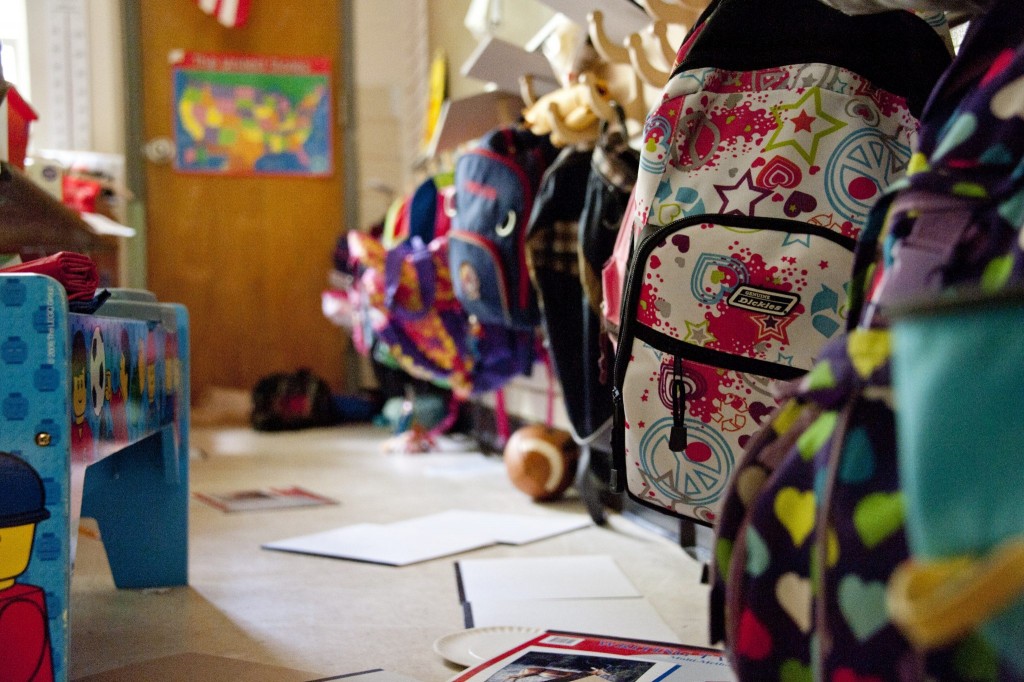 Captured in a metropolitan Atlanta, Georgia primary school, this photograph depicts a grouping of objects common to an average classroom setting, which included a variety of colorful backpacks, toys, papers, and paraphernalia associated with a school’s learning environment. // Photo courtesy CDC/Amanda Mills

Students across Missouri will return to their classrooms in less than a week, but it’s unclear if a school testing program backed by millions in federal funds and touted as a resource for a safe return to in-person learning will be up and running by then.

Missouri’s state health department is offering public, private and charter K-12 schools a screening COVID testing program for the upcoming school year. Participating students, staff and teachers would submit to regular weekly testing — regardless if they are experiencing COVID symptoms — as a means to help schools identify positive cases early. Then, those tests would be processed as a batch by a lab, rather than individually. If the result is positive, then each person would be tested individually to identify the positive case.

The Department of Health and Senior Services, which is working with the Department of Elementary and Secondary Education to administer the program, is still working to finalize an emergency contract for a vendor to operate the program for its first six months.

The department is “very close” to finalizing one, Lisa Cox, a spokeswoman for DHSS, said Wednesday. Cox said she is hopeful the program can begin this week, but can’t guarantee it.

“We anticipate the official launch of the program to follow quickly after our initial contract is executed,” said Sami Jo Freeman, a spokeswoman for DHSS.

The program, which schools must apply for, would facilitate pooled testing and offer a testing manager, supplies, a software platform to track results and more. Examples of its use in DHSS’ guide of the program include testing classrooms as a cohort, regular testing of children under 12 years old who aren’t yet eligible to take Pfizer’s vaccine or helping facilitate safe participation in extracurriculars like sports or band.

“That really is helpful,” Margie Vandeven, the commissioner of education, said of the program during Tuesday’s State Board of Education meeting, “…seeing if it’s starting to move into the area or not and how significant some of those mitigation strategies need to be.”

Epidemiologists have pointed to vaccines and masks as some of the most effective mitigation strategies, and noted that frequent testing can be expensive. Reports assessing the effectiveness of screening testing in schools have said it can help decrease transmission when used regularly.

The state had hoped to have the program in place for students’ return to schools in August, Cox told The Independent in July, with a contractor working with local companies to secure staffing support and lab services.

Many school districts begin classes next week. Return-to-campus policies have been posted, school boards have voted on whether to require face masks and other mitigation strategies have been decided on.

Last week, DHSS reported that 19 institutions had expressed interest in the program. Freeman said DHSS is still working through applications, which are being accepted on a rolling basis.

While the department works through its emergency procurement, it has simultaneously begun to solicit bids for a contractor to operate the program from February 2022 through July 2022, Freeman said.

Funding to support screening testing programs in K-12 schools was included in the American Rescue Plan passed by Congress and signed by President Joe Biden in March. According to the U.S Department of Health and Human Services, Missouri was awarded nearly $185 million in federal funds for the program.

Missouri received its portion of the funds on April 7, said Jade Fulce, a Centers for Disease Control and Prevention spokeswoman.

Missouri would not be the only state facing a delayed launch. Colorado’s Department of Public Health and Environment’s testing program is expected to be operational Sept. 7, despite schools already returning for the semester, according to The Colorado Sun.

When asked if the CDC was concerned if not having the testing program in place ahead of the school year would diminish its effectiveness and uptake, Fulce said screening testing remains central to the reopening schools guidance associated with the funding.

“CDC continues to work with states and jurisdictions across the nation as K-12 schools prepare for full-time in-person learning that is safe for both students and staff,” Fulce said.

Meanwhile districts across the state have moved forward with their own plans as they await more details on the screening testing program.

Kansas City Public Schools is looking into the state-offered testing, which it understands will be PCR tests, said Elle Moxley, a spokeswoman for the district.

The district piloted a partnership with Children’s Mercy Hospital to test students and staff during summer school, and will be working with them to test in eight of the district’s schools this year. In addition, Moxley said an expanded testing program through the U.S. Department of Health and Human Services will be at sites that are not participating in the Children’s Mercy program. The district also still has some antigen tests the state provided during the previous school year.

Since last year, 363 K-12 schools have received shipments of Abbott BinaxNOW Antigen tests, which can yield results within 15 minutes, and more than 128,000 tests have been shipped, according to a state dashboard.

It’s those tests that the Joplin School District plans to continue to offer to staff that are exhibiting COVID symptoms or request one, said Justin Crawford, the district’s director of educational support and human resources.

“We’ve been testing staff for a full year now through that program,” Crawford said. “And so I don’t think that we were looking at doing the new screening process as they have rolled out, although we might use our Binax tests for that.”

Crawford said the district has discussed the screening program, “but we have just not pulled the trigger on implementing it at this time.” Part of the consideration has been assessing the amount of time it would require for school staff to execute contact tracing, he said.

Last year, the three local health departments that the district encompasses worked to help contact trace positive students and staff, with a dedicated contact tracer from the Joplin Health Department that worked with schools, Crawford said.

DHSS notes that schools will still need to supply staff to support the screening testing program, like ensuring consent forms are collected and reporting positive cases to the local health department. The agency stressed it was working to make additional funds available to support those costs.

At this time, the Hallsville School District in mid-Missouri is not planning to test or screen students and is waiting for additional details from DHSS and DESE on the screening program, said Kari Yeagy, a spokeswoman for the district.

Crawford said the hope is that vaccinated students and staff will help cut down on cases, the length of quarantines and need for testing this school year.

“Most educators and people in education are conscious of the safety and welfare of their students,” Crawford said, “and they don’t want to put a classroom of kids at risk.”